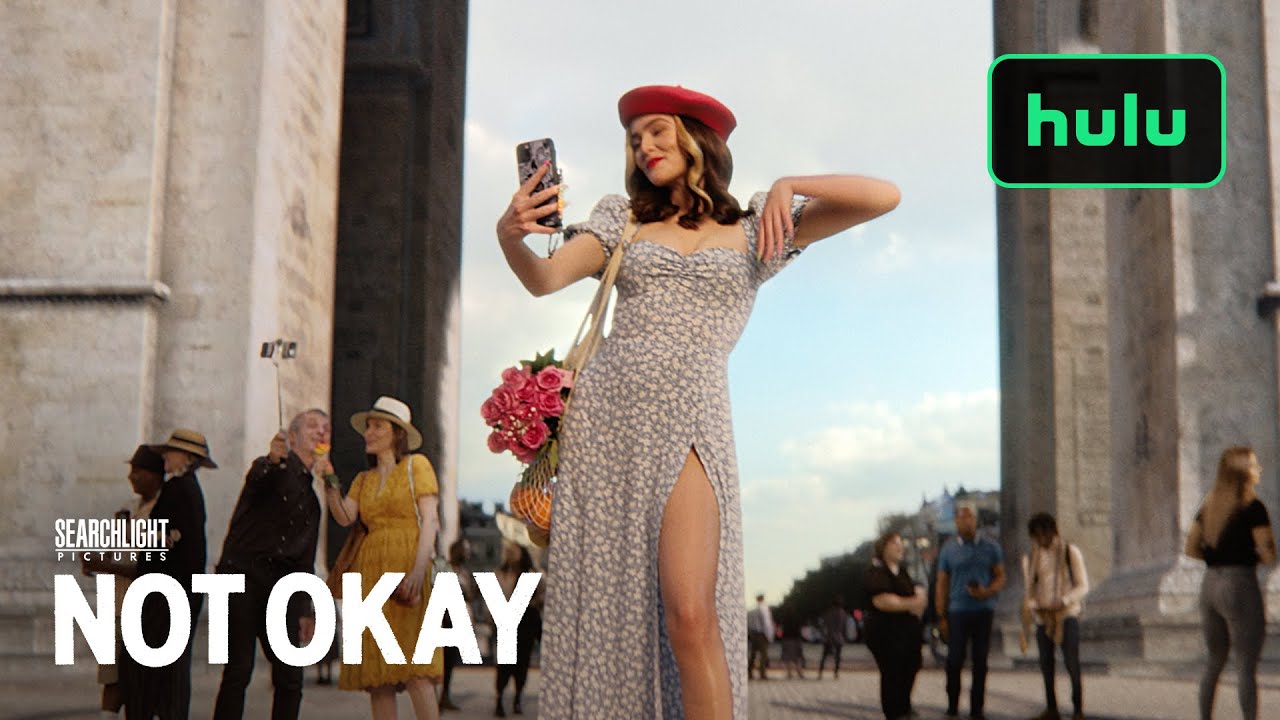 Hulu has released the trailer for Searchlight Pictures’ upcoming comedy “Not Okay.”  The film will begin streaming on Friday, July 29, 2022.  The film will also be coming to Disney+ internationally as a Star Original.