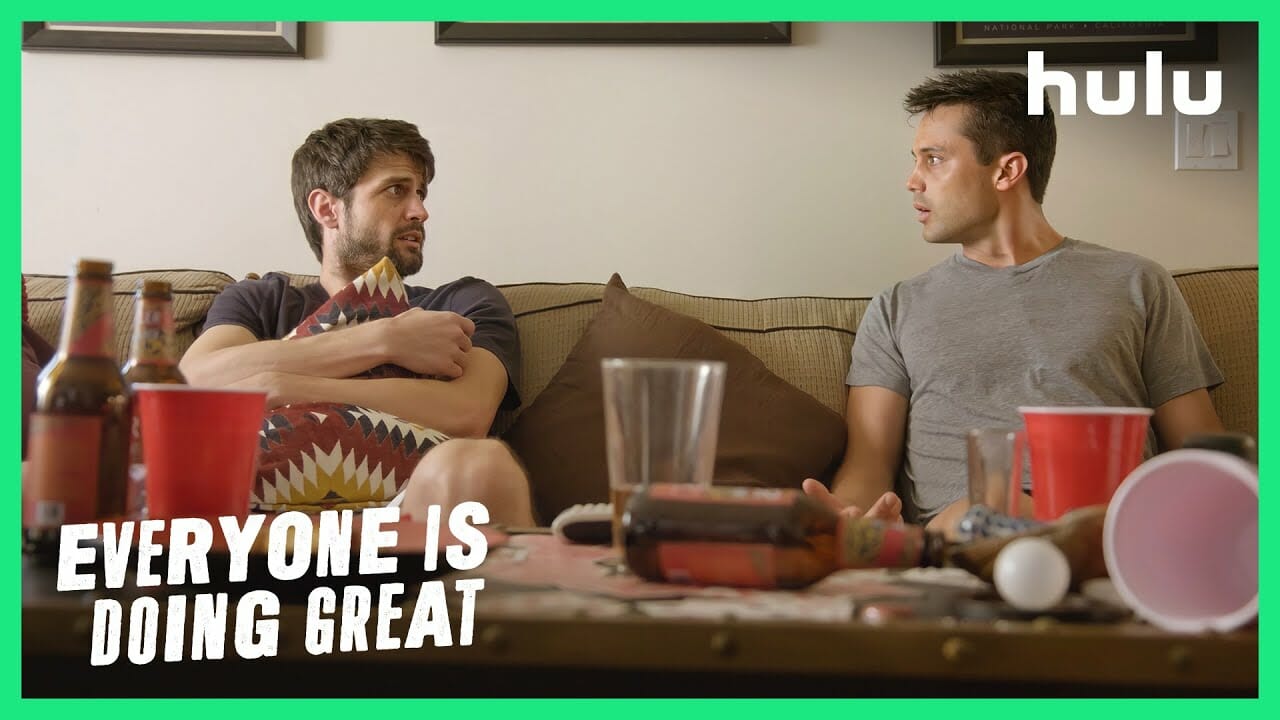 Hulu has released the official trailer for “Everyone Is Doing Great” which premieres on the streaming service on Wednesday, January 13th.  Check it out below:

The comedy follows Seth (Colletti) and Jeremy (Lafferty), who enjoyed the success of Eternal, a hit television vampire drama. Five years after their show has ended, they lean on each other as they awkwardly navigate the perils of life and love in a late coming-of-age.

“Everyone Is Doing Great” premieres on January 13th, only on Hulu.