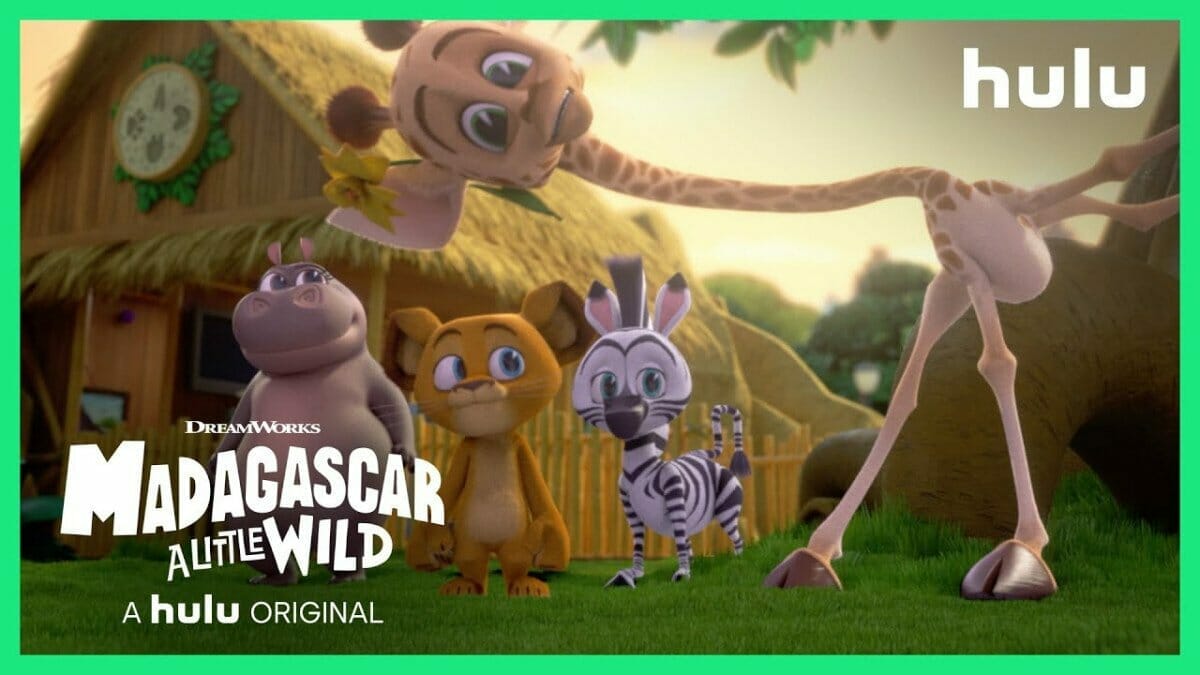 Hulu has released the official trailer for Season 2 of “Madagascar: A Little Wild” which premieres on the streaming service on Friday, December 11th.  Check it out below:

The zoo crew is back!  Loveable foursome Alex the Lion, Marty the Zebra, Melman the Giraffe and Gloria the Hippo steal the show in Madagascar: A Little Wild, from executive producer Johanna Stein (Kung Fu Panda: The Paws of Destiny) and co-executive producer Dana Starfield (Monster High: Welcome to Monster High) Capturing the iconic personalities of each of the four dynamos, Madagascar: A Little Wild showcases the team as kids residing in their rescue habitat at the Central Park Zoo. They might be small, but like everybody who lands in New York City, these little guys have big dreams and “Madagascar: A Little Wild” will follow all of their adventures.