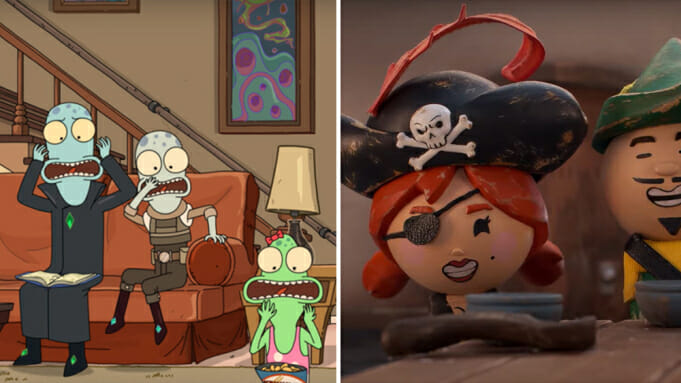 Solar Opposites, which launched May 8 on the streaming service, was one of Hulu’s most-watched original comedy premieres to date. Co-created by Justin Roiland (Rick & Morty) and Mike McMahan (ex-writer’s assistant on Rick & Morty), Solar Opposites centers around a family of aliens from another world who must take refuge in middle America. They disagree on whether Earth is awful or awesome.

Solar Opposites, which was initially given a two-season order when it was first announced, picks up a 3rd season.

Crossing Swords has been picked up for a second season.