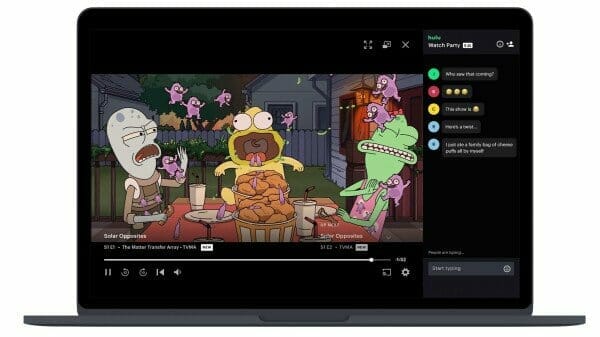 This new feature allows groups of up to eight people who are 18 or older to watch TV shows or movies with their friends using Watch Party.  There’s even a chat window so you can converse with your co-viewers during the show.

Users will also be able to control their own playback without affecting the rest of the Watch Party.  If you need to hit pause for some reason, you can rejoin the rest of the party by hitting the “click to catch up” button in the chat window.

Hulu users with access to the test can launch it via a Watch Party icon on the Details pages of shows and movies in the on-demand library. They will then get a link to invite family and friends to join.

Hulu states “thousands” of movies and TV shows are offered for the Watch Party, as indicated by a Watch Party icon appearing in their details page.

The feature also works on PC and Mac computers via Hulu-compatible browsers, with no plug-in or extension required.