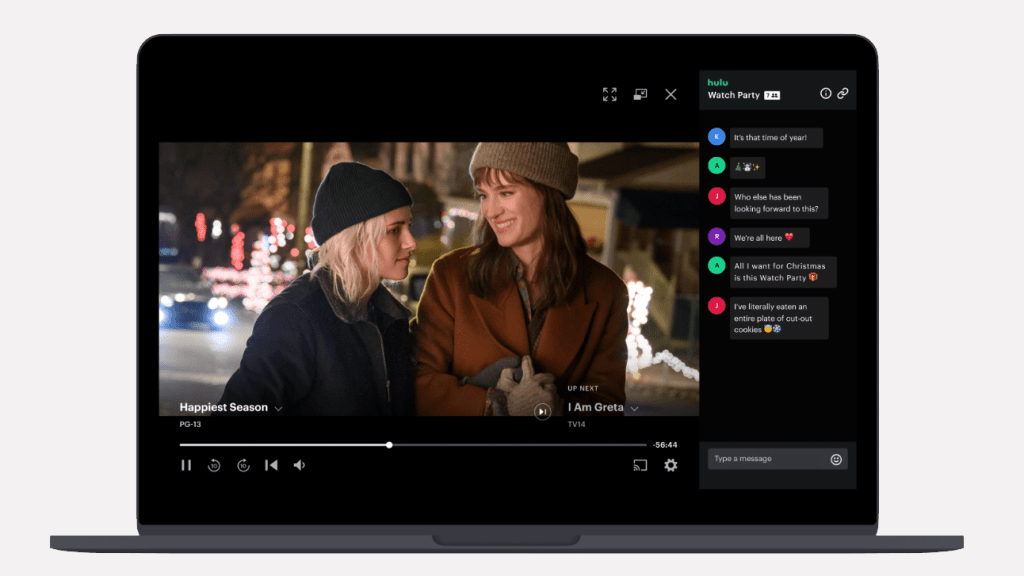 Back in May, Hulu began testing a brand-new social feature called “Hulu Watch Party.”  The service was initially available only to subscribers on the no-ads plan who paid 11.99/month. Now, Hulu has expanded the offering to customers on the $5.99/month package with ads as well.

This new feature allows groups of up to eight people who are 18 or older to watch TV shows or movies with their friends using Watch Party.  There’s even a chat window so you can converse with your co-viewers during the show.

Users are also able to control their own playback without affecting the rest of the Watch Party.  If you need to hit pause for some reason, you can rejoin the rest of the party by hitting the “click to catch up” button in the chat window.

The feature also works on PC and Mac computers via Hulu-compatible browsers, with no plug-in or extension required.

According to Hulu, customers hosted a record number of watch parties over the Thanksgiving Weekend as subscribers co-streamed original rom-com film “Happiest Season” with family and friends. Viewers can choose from thousands of titles including favorites like Pen15 and The Bachelorette, which proved to be popular titles for Watch Party during the initial testing period.