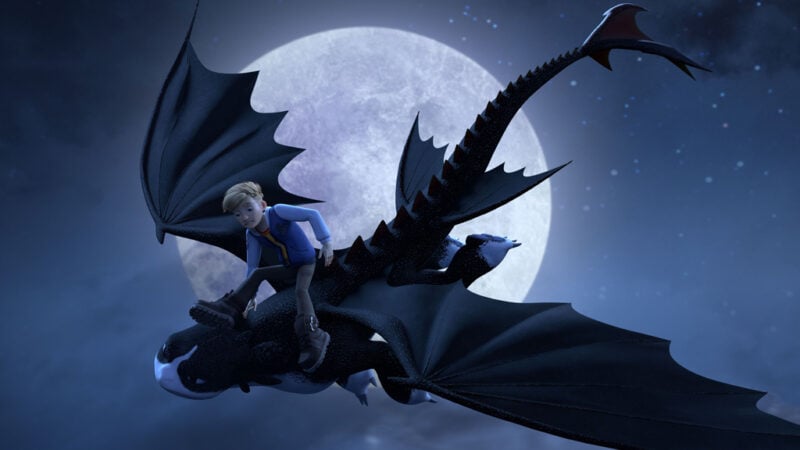 DreamWorks Animation has released the trailer and poster for its new animated series “Dragons: The Nine Realms.”  The series is a spinoff of the How to Train Your Dragon franchise and all episodes from Season 1 will arrive on Hulu and Peacock on Thursday, December 23rd.

Set 1,300 years after the events of How To Train Your Dragon, dragons are now just a legend to the modern world. When a geological anomaly opens up an immense, miles-deep fissure in the Earth’s surface, scientists from all over the world gather at a new research facility to study the mysterious phenomenon. Soon a group of misfit kids, brought to the site by their parents, uncover the truth about dragons and where they’ve been hiding — a secret they must keep to themselves to protect what they’ve discovered. 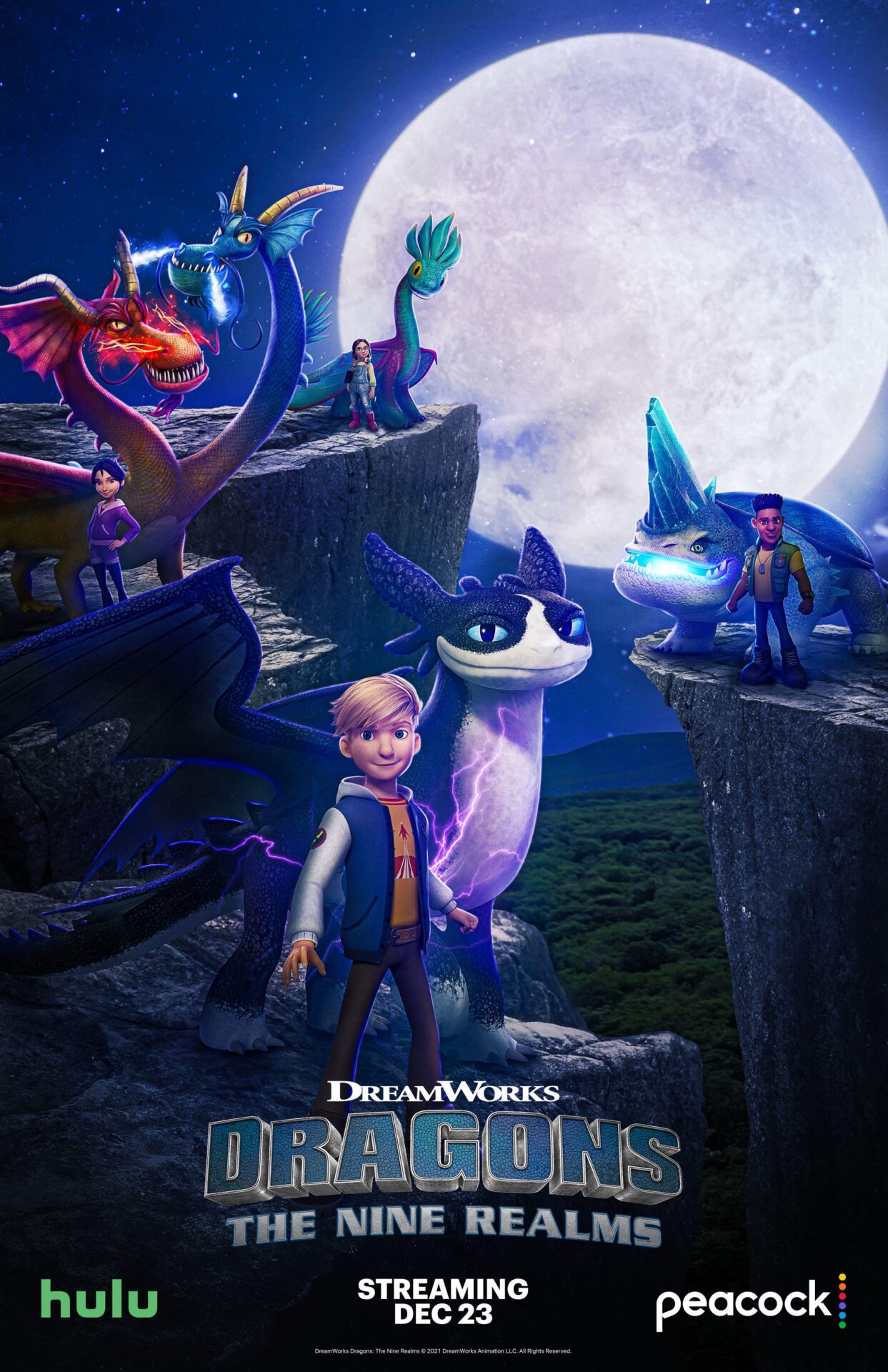