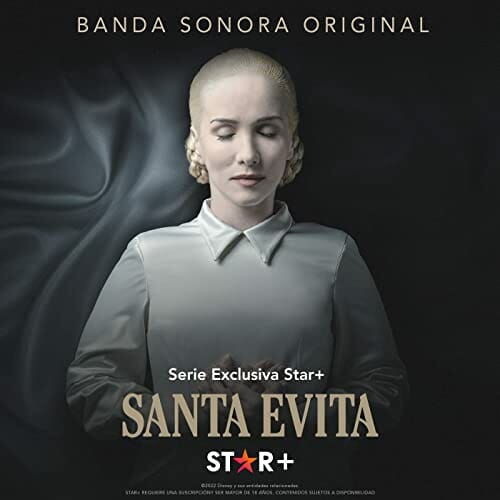 Hollywood Records has released the soundtrack album for the Star/Hulu Original limited series “Santa Evita.”  All episodes of the series are available to stream now on Hulu in the US, on Disney+ under the Star banner internationally, and on Star+ in Latin America.

The soundtrack is available to stream/download now on various digital platforms including Spotify and Amazon.

The album features selections of the show’s original score composed by Federico Jusid.  Jusid has previously worked on The Secret In Their Eyes, Watership Down, Kidnap, The Head, Loving Pablo, and Life Itself . Also included are tracks performed by Gustavo Pomeranec, Mariano Statello and Ute Lemper.

This is the story of Eva Perón after her death. The embalmed body of “Evita” had an eventful journey that lasted for 22 years, and was every bit as eventful as her 33 years of life. Evita died in 1952, but her corpse waited above ground for three years for the construction of a monument that was ultimately never built. In 1955, President Perón’s government was overthrown by a military coup, who hid the body for 19 years to prevent it from becoming a symbol against the regime. While only a political figure for six years as General Perón’s wife, her corpse influenced Argentine politics for more than two decades — weaving a morbidly strange story that passed into the realm of mythology. To the military officers that took over, Evita was even more dangerous than when she was alive, as all feared that errant corpse without a resting place.

You can watch the trailer for “Santa Evita” below and read our review of the series here.