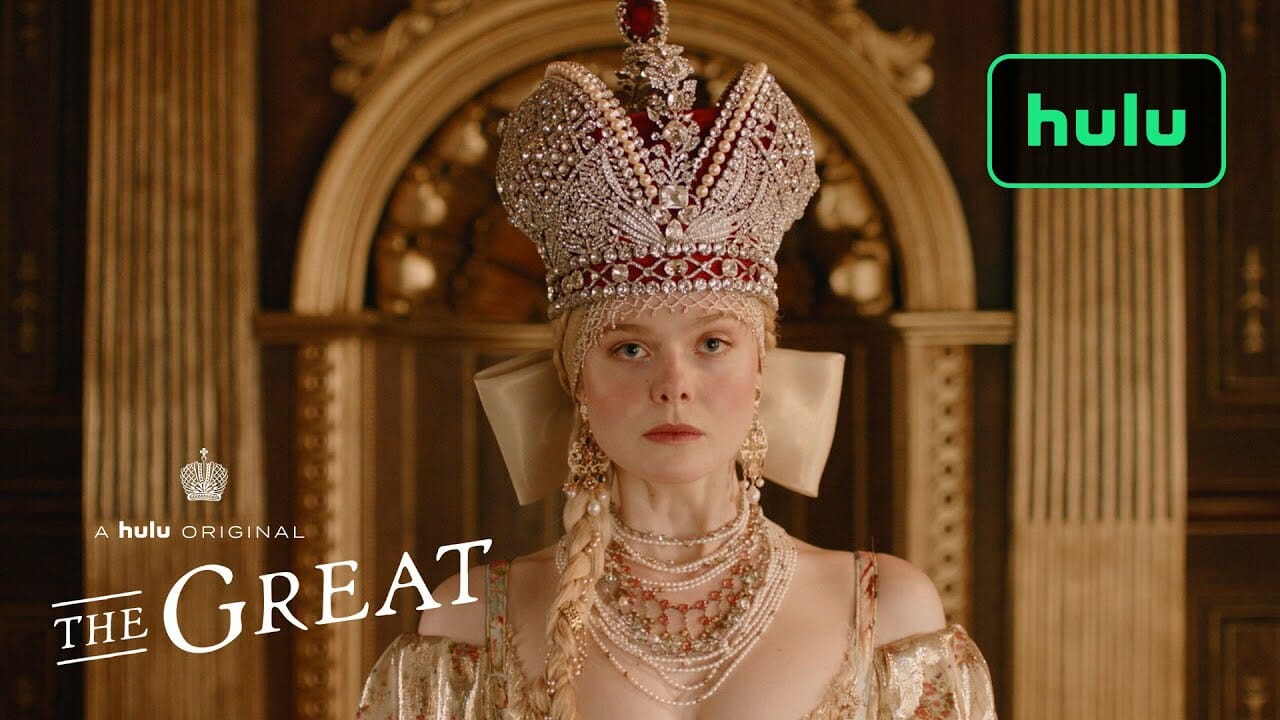 Hulu has released the trailer and premiere date for Season 2 of the hit series “The Great.”  The series will begin streaming on Hulu on Friday, November 19th.

In season two of “The Great,” Catherine finally takes the Russian throne for her own—but if she thought coup-ing her husband was difficult, it’s nothing compared to the realities of liberating a country that doesn’t want to be. She’ll battle her court, her team, even her own mother (played by guest star Gillian Anderson) in a bid to bring the Enlightenment to Russia. Meanwhile, she’ll also battle her heart as Peter slowly transitions from a much-hated husband to a prisoner? Ally? Lover? Ultimately, Catherine will learn that to change a country, you must let it change you, that there is a fine line between idealism and delusion, and that becoming “Great” will ask more of her than she could have imagined.

“The Great” is created, written and executive produced by Tony McNamara and executive produced by Marian Macgowan, Mark Winemaker, Elle Fanning, Nicholas Hoult, Echo Lake’s Brittany Kahan Ward, Doug Mankoff and Andrew Spaulding, Thruline’s Josh Kesselman and Ron West, and Matt Shakman. The project is produced by Civic Center Media in association with MRC Television. This series won’t be released internationally on Disney+ as its not made by any of Disney’s TV studios.