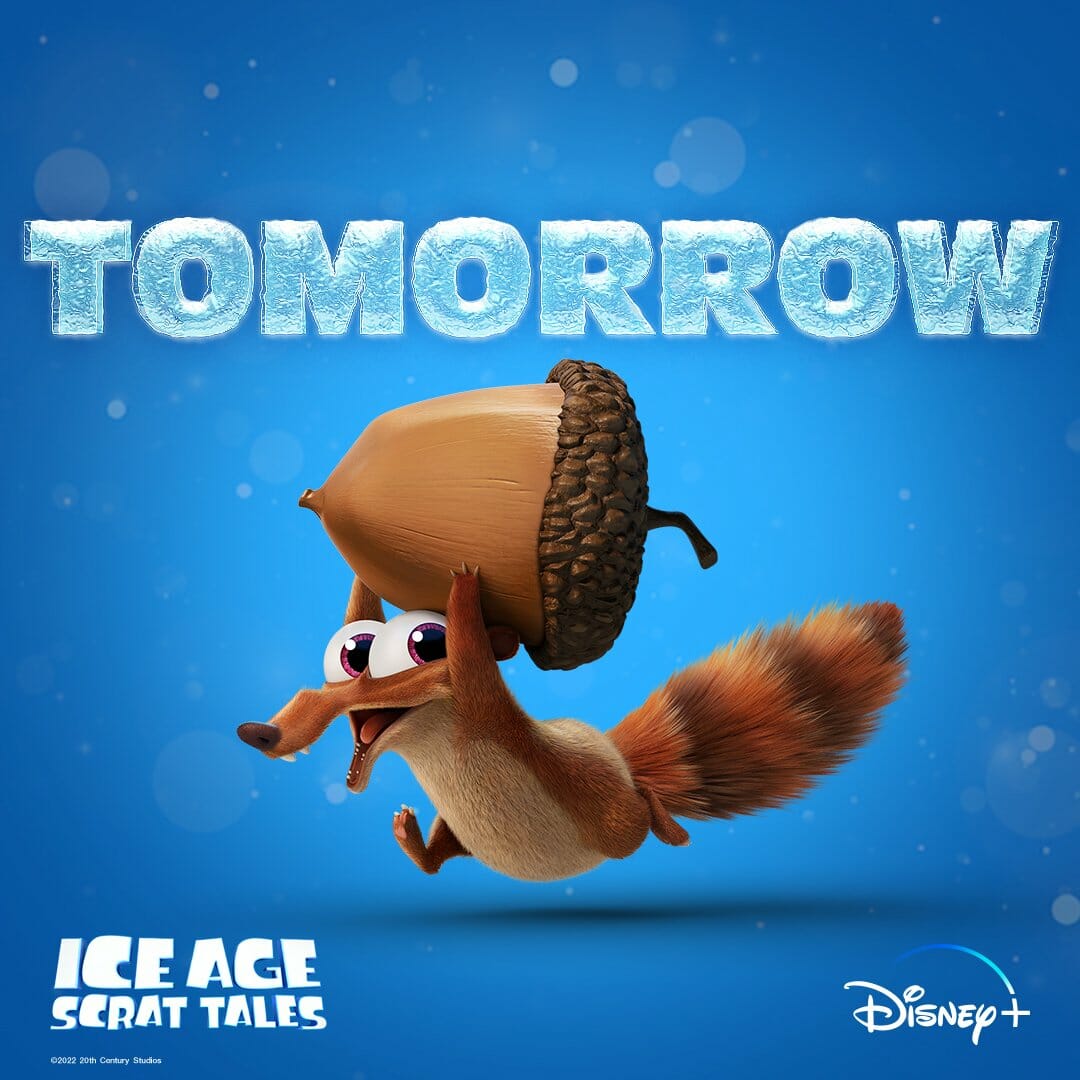 Disney has released a new promo for “Ice Age: Scrat Tales” which premieres tomorrow on Disney+. “Ice Age: Scrat Tales” is a series of six all-new animated shorts starring Scrat, the hapless saber-toothed squirrel of the “Ice Age” adventures, who experiences the ups and downs of fatherhood, as he and the adorable, mischievous Baby Scrat, alternately bond with each other and battle for ownership of the highly treasured Acorn.

Check out the new promo video below: