Skip to content
Home » Blog » Interview: Akio Ross From Hulu’s ‘Back in the Groove’ Dating Series 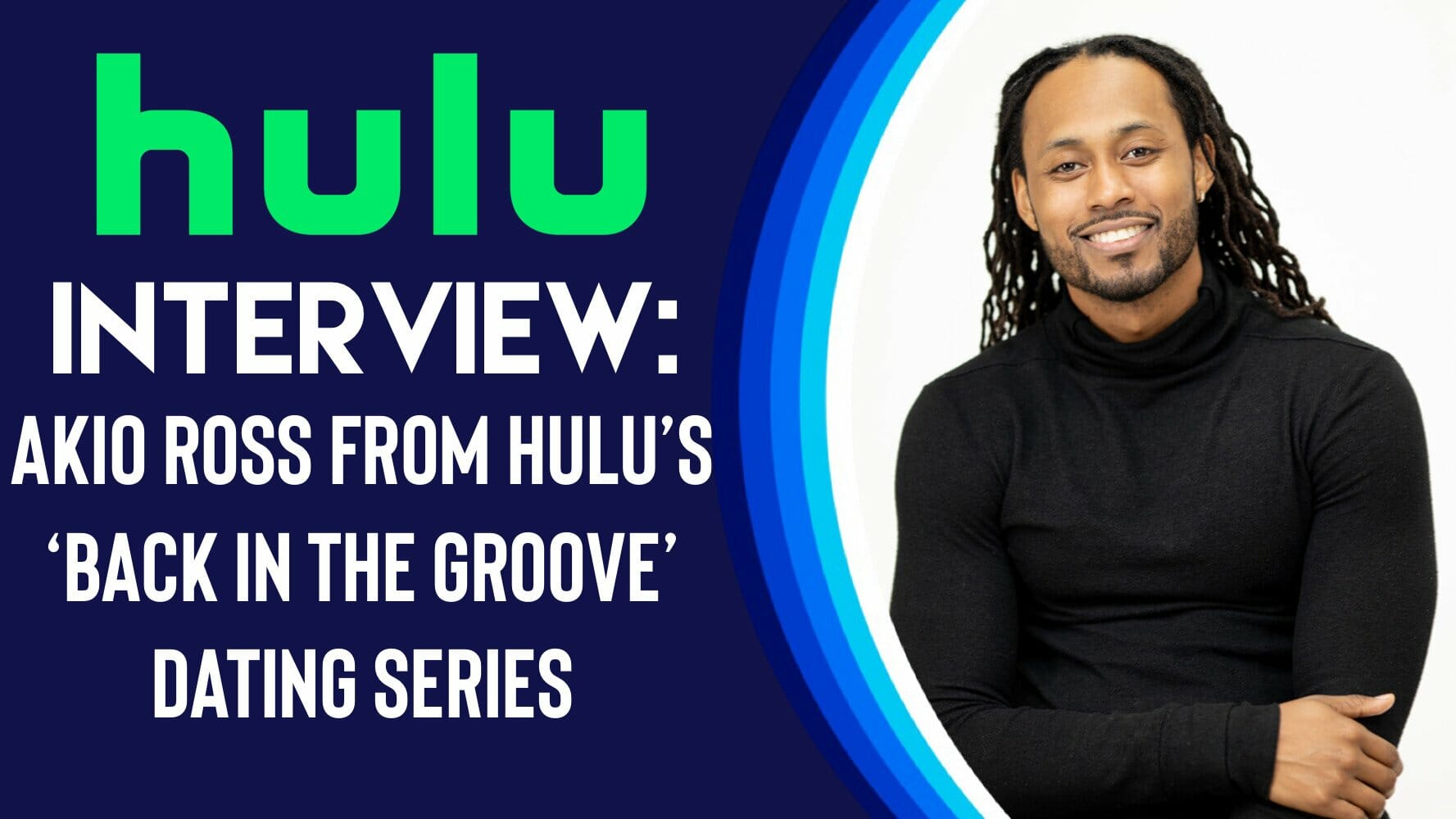 Recently, Disney Plus Informer had the opportunity to chat with one of the show’s contestants Akio Ross who shared some insight on the series as well as his journey on the show.

Check out our interview with Akio below:

You are a contestant on Hulu’s new dating series ‘Back in the Groove.” Can you first tell us a little bit about the series and describe it for us because it is different than other dating shows we’ve seen before?

Yeah. So the show is basically the first of its kind. It’s basically about three women in their forties and they’re trying to date 24 younger men who are all basically, I don’t want to say fighting, but trying to get their attention and it’s pretty cool. It’s based on a spinoff of Taye Diggs’s movie Stella Got Her Groove Back.

Can you also just tell us a little bit about yourself and what enticed you to be a contestant on the show?

Yeah. So, my name’s Akio. I’m 29 years old. And what made me want to be a contestant on the show is that I’ve dated women my age and little bit younger, but I never dated a woman in her forties before and I basically just wanted to try something new. Just see, if I was able to find that connection, that special love, person and come out with something great.

In a partner, I look for someone that’s caring, loving, someone who’s not selfish. I believe in a relationship you have to sometimes… you have to put the other person first as far as feelings or as far as maybe something as simple as like what are we eating today? I think that we’re supposed to work collectively as a group and basically show each other that you really, really care about them.

The three leading ladies are Steph, Sparkle and Brooke and it looked like you and Sparkle hit it off right away. What was your connection with Sparkle? And then can you just share a little bit more about your journey on the show?

So, as the ladies walked in, they were all beautiful and Sparkle really caught my eye. So, when we were talking, we basically just naturally clicked, at least I believe we naturally clicked.   And her personality is really cool. She’s down to earth. She’s a single mom. I can identify with that because my mom was a single mom as well. I still talk to my dad and everything but as far as the household, like it was my mom and my brother and sister.  So, I really connected with her as far as where she sees herself, her life ambitions and everything. As far as the other ladies, it’s crazy. I got closer personally to the other ladies after the show. Because, in the beginning, everybody was rushing to talk to the girls. So, there’s a really limited time you could have with the girls, especially in the beginning. And Sparkle was actually the first person I spoke to, and it’s good that we had that connection.  I did talk to Steph and I did talk to Brooke, but not on that level. And then it’s hard because it’s 24 guys, you have a limited amount of time, everyone’s trying to talk to the girls, being pulled in this direction, this direction, this direction. And to be honest, I really just had a great conversation with Sparkle and we kicked it off in the jump. So, I really didn’t see the need to try to pursue some of the other ladies.

Of course, the show goes through editing, and scenes are cut. Was there anything that was cut or not shown that you wish the audience got to see?

Oh yeah.  So actually, on the first date with Sparkle, we were on a boat. We had a scene where we connected. I lost my grandmother last year and she lost a loved one last year as well. And we basically both connected on that level. So, we kind of did like a cute little “cheers” to our abuelas, because abuela in Spanish means grandmother. And so we’re just like “abuela!” and did kind of like a cheers to that. And then as soon as we were doing that, dolphins started coming behind us and it was like the most magical moment ever. Like we’re talking to our loved ones and then all of a sudden we see dolphins. You know, they say dolphins are like a sign of good luck. I wish they showed that part.

Throughout the show, we see this friendship or sisterhood form between the three girls. It also looked like some broships were formed on the show as well. Did you find some meaningful friendships on the show?

Oh yeah. It’s funny because I would say that my best friend from the show is Lee. Me and Lee are like boys. We talk like five times a day, you know? And me and Stephen, even though we were going after the same girl, we still connect too because we live like 10 15 minutes away from each other. So we go to the gym and stuff together.  And Teasley and I are actually working on a couple of music projects as well. So, I would say those three, amongst others, I don’t want to leave anybody out… but those are the ones I talk to, I would say the most.

You all stayed at this incredible resort in the Dominican Republic. What was your favorite thing about The Groove Hotel?

My favorite was the food. We had a chef 24/7 that cooked us breakfast, lunch and dinner almost anything we wanted. So, when I first got there, I was making a request and he was making it. I feel like it was probably my favorite part of The Groove Hotel.

Has life been any different for you after the show?

The show’s been out about a week and I would say it hasn’t changed much but I definitely a little different. I went out the other day and I have a couple of friends and they’re like movie star… superstar.. It felt kind of cool.  So, I’m definitely hoping to see where this could go and basically just make the best out of it.

You can follow Akio on social media on the following platforms below:

You can also read our interviews with fellow “Back in the Groove” contestants Remy Flores, Quentin Lloyd, Robert DellaVentura, and Josh Teasley.