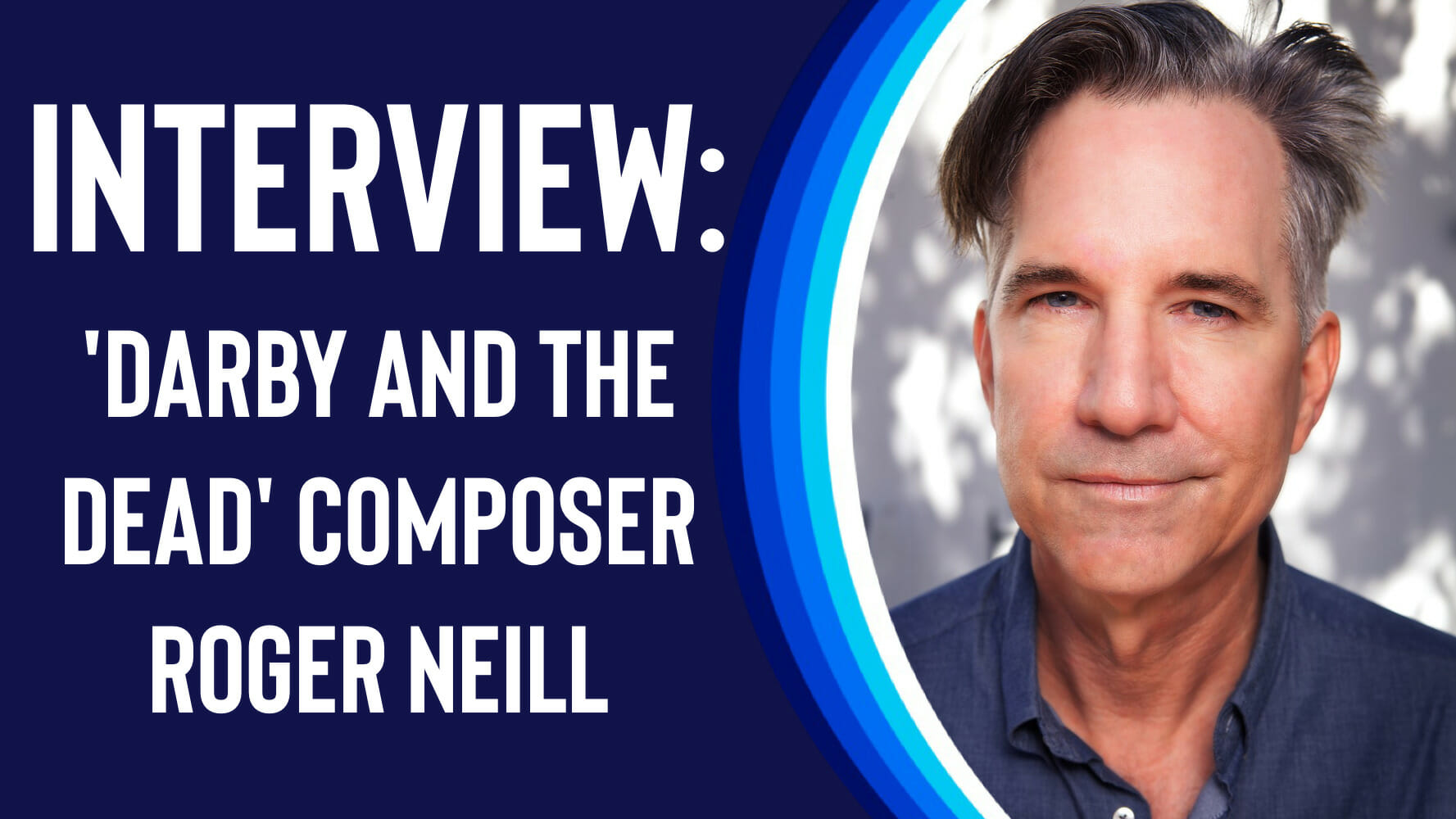 20th Century Studios’ new movie “Darby and the Dead,” a supernatural teen comedy about a high school student who moonlights as a spiritual messenger, is streaming now on Hulu in the United States and will be coming soon to Disney+ in many other countries.

Recently, Disney Plus Informer had the chance to chat with the composer of the film, Roger Neill who talked about the creative process for developing such a colorful score.

Read on for the full interview below:

You composed the music for 20th Century Studios’ new film “Darby and the Dead” which is streaming now on Hulu and is coming soon to Disney+ in other countries. Congratulations on a beautiful score. Before we talk about Darby, I was wondering if you could first tell us a little bit about your musical background and other projects you’ve worked on in the past.

Well, that’s a lot because I’ve been around for a while. I’ve been working professionally for about 25 years or so and I’ve done lots of films, and lots of television shows.  I’m kind of like a classically trained guy who has a real pop and rock sensibility and that’s kind of always served me well as a film composer. So that’s kind of my professional profile. As far as projects from the past, the ones that I’m kind of best known for are things like Mozart in the Jungle, a TV series for Amazon. Before that, King of the Hill for Fox and then films like 20th Century Women and many others. Just tons and tons of things.

Was film composing something that you always knew you wanted to do?

It’s the only skill set I have, so yeah. I’ve always been a musician. I started pretty early in my life, like age eight or nine and I was just always really ravenously interested in all sorts of types of music. So, from really progressive rock and punk that I was into at the time to classical music, jazz and musical theater and music from around the world. I was always interested in so many different types of things and finally, I realized in my early twenties or so that the one profession I could have where I could do all that stuff would be film scoring and that’s what kind of led me to it. I also love movies a lot. So, that just really appeals to me and it still does. And one thing I love about the profession is working with other professional people and filmmakers and becoming and being part of a team that makes stuff.

Going back to Darby, the score has a very electric modern sound to it. How did you come up with that direction for the sound?

It was a very long process to be honest, sometimes it isn’t. But this one, there was a lot of exploration required, which is usually the case. When you start a project like this or any project, you just start kind of writing things, making some music based on your first impressions and sometimes you nail it and sometimes you just keep exploring. So, in the case of this movie, there was a concept for the score that was kind of orchestral and colorful and supernatural and that was the score that I wrote when I began. And everyone was on board for this particular sound, sort of like fun ghost story music if you will. Then when I wrote like about two-thirds of the score and we decided I did a really good job, did exactly whatever he wanted, but it just wasn’t exactly the right sound after all for this particular movie. And so we changed courses. The sound of the score was a bit more hybrid, but more hip hop and just a mix-up of different sounds. The original orchestral sound that I executed felt a bit too sophisticated and it may be a bit old fashioned for this high school story. So, we decided to change directions with the score which which was hard.  I needed to take a bunch of music that was already written and re-conceptualize it with different sounds. So, much of the music in the movie that you hear now was originally scored for big orchestras. And then we just kept a lot of the bones of that music but re-arranged it for different sounds, not orchestral sounds. That was a big process, but when it was all done, I think they ended up with a score that really fits the movie and it’s really fresh and unusual sounding.

We do hear the distinct use of percussions in the score, but what other instruments and techniques did you use?

There’s a lot of weird drum machine stuff that was totally tweaked and then a bunch of guitars and electric guitars and basses. Again, tweaked and chopped up in interesting ways, and some weird organic instruments that we used with violin bows. It’s kind of like trying to find weird sounds that seem to fit their story. So yeah, it was just an interesting exploration of trying to find sounds that felt right for these characters.

Were there any inspirations that you used to find that sound that you were looking for?

That’s a good question. I don’t think I have an answer for that. We just keep trying things. I’ll write something and I’ll send it to the director and I’ll send it to the executives at the studio and depending on their response, we know that something is working or not. You’re constantly writing new stuff and fresh things.   You’re constantly trying to explore and just throw it out there and hoping for some sort of consensus of like, yeah, this feels right or this is not right. There are a lot of cooks in this kitchen. There are a lot of people at the studio who weighed in, in addition to the music editor and the sound editors. Everybody was weighing in on the process. It was quite arduous, more than I was used to having…so many people giving me notes and giving me suggestions, but ultimately, it was helpful.  It can be really disorienting when you have all these people talking, giving their opinions on what works and what doesn’t and that requires a kind of certain headspace to make that work. But ultimately it was very useful and the people who all chimed in had good ideas that resulted in a good score.

What was your favorite part of composing the music for this film? And what did you find the most challenging?

Well, there are lots of really fun favorite parts and lots of fun scenes between the two main characters, Darby and her friend Capri. Darby is kind of like a therapist to ghosts. That’s her role in life, and Capri in this movie was her frenemy in real life, and then Capri meets an untimely and somewhat comic death and she becomes a ghost. So, Darby and Capri still have this sort of frenemy relationship which is fun to watch, and the scenes between those two characters are kind of magical, and there’s lots of sort of supernatural stuff that happened. So, that was really fun to score and trying to find interesting colors to accent and accentuate the action between them. That was fun. The challenging part would ultimately be, even though we have ghosts, it really is in some ways more about just high school pressures and high school relationships than it is about anything supernatural. So, that was fun but there were a number of key scenes and key storylines involving emotional relationships between characters and that in some ways was the bigger challenge.

Do you have any advice for aspiring composers?

Yes. I do a lot of talking with young composers. Just last night, I was giving a film master class, for example. There are so many things I could say, but I think, if you’re aspiring to be a composer, just try to find the thing that you do well and try to make that work for you as your unique voice. Because what people want, what film directors want, and what film producers want from their film composers, is something unique and special. You don’t have to be great at everything. And that’s the good news. You don’t have to be the next John Williams, You can just be the next yourself. Just try to find something that’s special to yourself and that will be the path for success.

You can watch a trailer for “Darby and the Dead” below: