Skip to content
Home » Blog » Interview: Josh Taylor From Hulu’s ‘Back in the Groove’ Dating Series 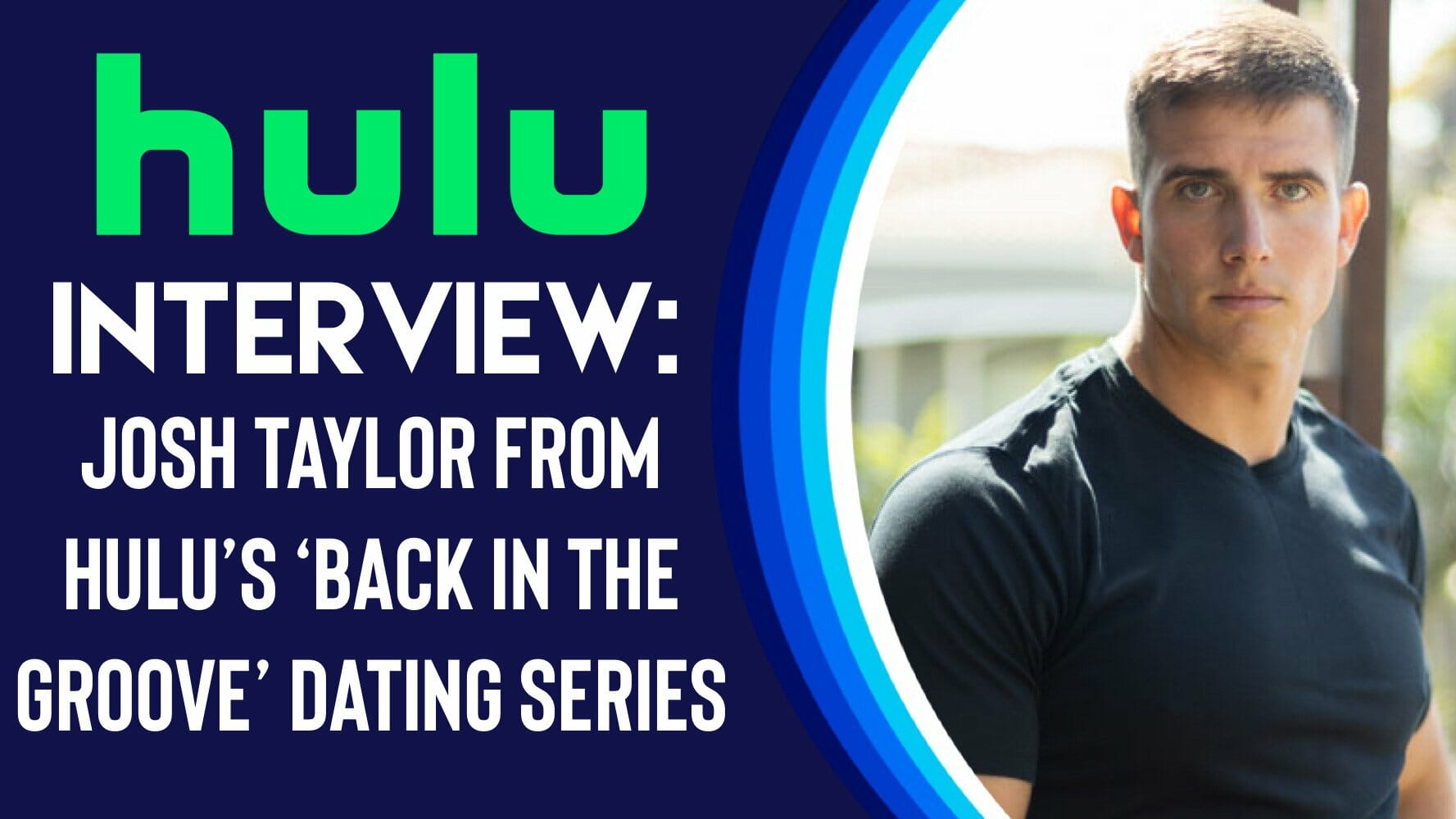 Recently, Disney Plus Informer had the opportunity to chat with one of the show’s contestants Josh Taylor who shared some insight on the series as well as his journey on the show.

Check out our interview with Josh below:

You are a contestant on Hulu’s new dating series ‘Back in the Groove.” Can you first tell us a little bit about the series and describe it for us because it is different than other dating shows we’ve seen before?

Yeah, definitely. It was basically, these three older single ladies that had kind of dated and dabbled with people their own age and were given an opportunity to come to meet men half their age and see if they can find a real genuine connection and see if the cliche stereotypes are true or not.

Can you also just tell us a little bit about yourself and what enticed you to be a contestant on the show?

I’m very much a physical person in terms of I believe physical attraction is the core of relationships. So, there must be chemistry and I think that’s formed through physical attraction and compatibility. So, I definitely look for people that have nice bodies and have good facial features. I consider myself to be  quite attractive, quite handsome. So, just matching somebody in terms of equivalences or something, I try to look for. I don’t really judge based entirely on appearance though, it’s just definitely one of these things that is crucial.  But I must say, I do get bored very easily. So, I need someone who is intellectual.  I need someone that has a deep character for a natural bond to form.

The three leading ladies are Steph, Sparkle and Brooke. Were you drawn to one of them right away?

Yeah. I was drawn to Brooke right away. Of all the three ladies, she was just kind of instantly my type of all the options that were there. She was the best one in terms of for me, in my opinion. So, I was definitely keen on Brooke in the beginning when we saw them.

So, there were two Josh T’s on the show. Was that something that was kind of confusing in the beginning?

Yeah. It was very confusing, very confusing indeed. I think we were confused until my departure to be honest. Yeah, some of the eliminations called the Josh T’s twice.

There were a lot of scenes that were cut during the editing process. Was there anything that wasn’t shown that you wish the audience could see?

There’s nothing in particular I can recall about my experience because, to be honest, I don’t really remember anything I said when I was there. But I definitely wish that there was more camera time of my conversations with Brooke or even with Cru during our altercation. I think there was a lot more that was said that may have been appealing to people.

What was the most memorable moment for you on the show?

I mean to be honest, hanging out with the guys all day long was pretty cool. I felt like I was back in my fraternity again.  And just the whole experience in itself was just a trip.

What was the most challenging thing for you?

What was it like living with 24 other guys with completely different personalities and then also what was your favorite thing about The Groove Hotel?

So, living with 24 guys…like I said, I was in a fraternity in college. So for me, I kind of knew the procedure and it’s actually quite cool.  You kind of bond over these guys and you live with them all day long. You have no phone, so you have nothing to do but talk to each other, just like entertain yourself and you’re living in bunk style beds. It was a cool experience. Like we all got along. I don’t think there’s anyone that didn’t really get along.

Do you still talk to some of the guys from the show?

Yeah, I still chat to alot of the guys.

What was your favorite thing about The Groove Hotel?

You know what? I’m not gonna lie. I love the breakfasts.

You guys had a chef right?

Yeah, yeah there was.

Has life been any different for you after the show?

Not really, to be honest.  I think my confidence is a little higher.  My friends and family are entertained. But besides that nothing really changed. I’m also in South Africa, so a little further out there so I feel like it’s a little different here. But it’s cool though. My friends know. That’s all that really matters.

You can also read our interviews with fellow “Back in the Groove” contestants Remy Flores, Quentin Lloyd, Robert DellaVentura, Josh Teasley, Akio Ross and Lee Petropoulos.