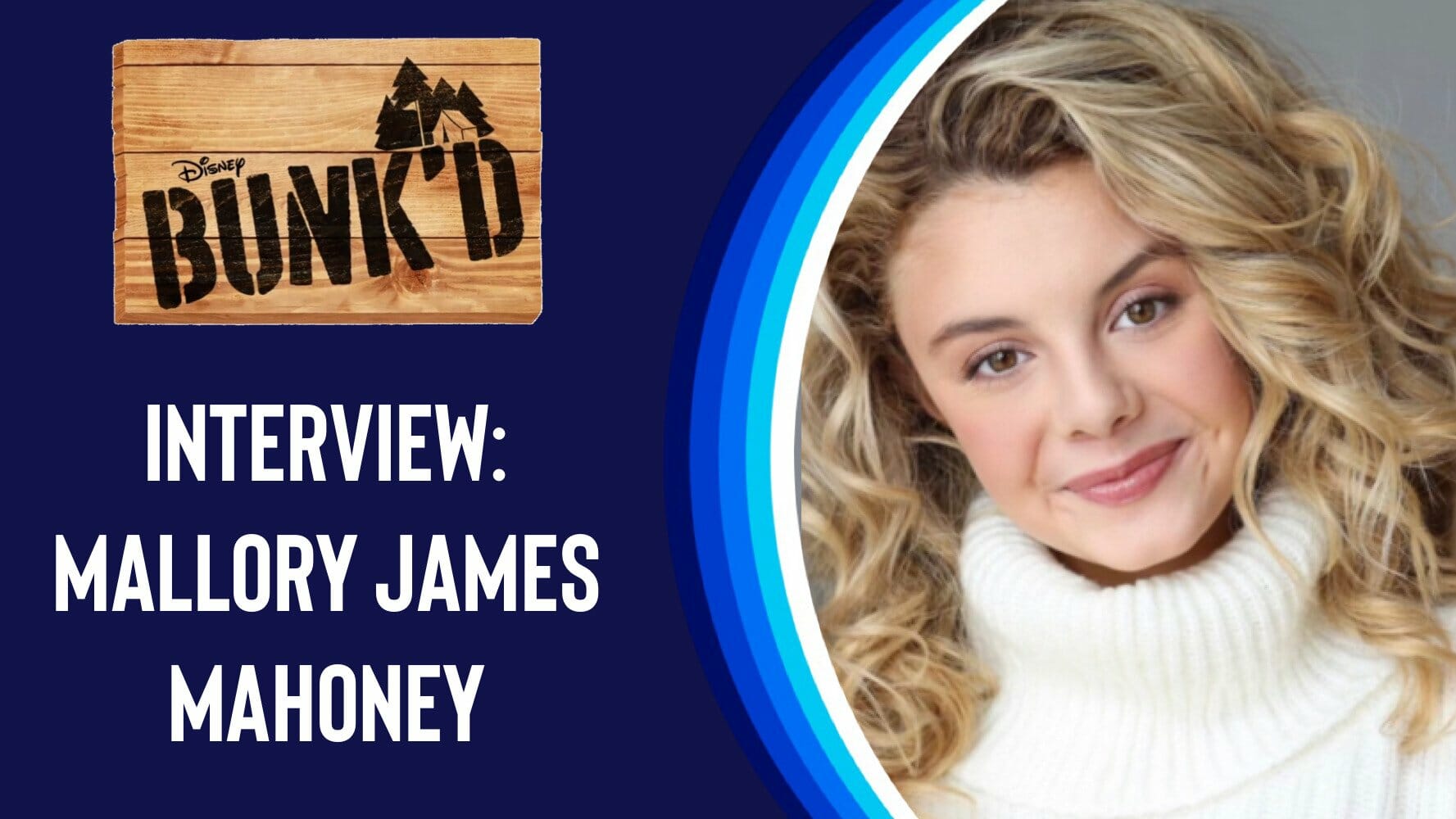 Mallory James Mahoney is an actress that is perhaps best known for her role in Disney’s hit comedy series “BUNK’D.”  Mallory started on the show in 2018 when she was 13. Now, four years later in the show’s sixth season,  Mallory leaves behind her curls and crown when she returns in the role of ‘Destiny Baker,’ the self-confident beauty pageant veteran who is accustomed to having things her way.

Aside from “BUNK’D” Mallory can also be seen in season 3 of the Netflix series On My Block as ‘Ainsley.’ Disney fans will also recognize Mallory from the Disney Channel Original Movie, Adventures in Babysitting, in which she starred as ‘Katy Cooper.’  She was also lead in the short film, Dig, which was an official YouTube selection at the 2014 Sundance Film Festival and also starred in the 2016 Lifetime holiday movie, Heaven Sent.

Disney Plus Informer recently had a chance to interview Mallory about Season 6 of “BUNK’D,” her acting career passions and more.  Read the full interview below.

You are currently filming Season 6 of the popular Disney Channel series “Bunk’d”  Can you tell us what Season 6 is about?

In season six of Bunk’d our camp family leaves our classic camp Kikiwaka in Moose Rump, Maine and heads to the new Ranch Kikiwaka in Dusty Tush, Wyoming! We also get three new campers, and ton of new ranch fun!

You play the character Destiny Baker in the series.  Can you describe your character for us?

Destiny is a fun, fashionable, environmentally conscious, girl who loves all of her friends and her new job as a counselor at Ranch Kikiwaka!

Are there any traits that Destiny has that you relate to?

Absolutely, both Destiny and I are very girly girls, plus we both have a little bit of a competitive side! Even though Destiny takes competition to the extreme. I’ve been able to relate to her a lot also with her new earth saving projects, since we both care for the environment so much!

Season 6 sees Destiny going from a camper to a camp counselor.  How did you transition your character for a more “grown-up” role?

I think it’s really cool to see Destiny getting more responsibility around the camp, although I will say she has a pretty difficult camper to try and take care of for her first time around as a counselor. We do see her struggle with the challenges of balancing the responsible adult in charge counselor life versus wild carefree camper kid life with all of these new campers.

You’ve been acting for quite a long time and also starred in the Disney Channel movie “Adventures In Babysitting” and the Lifetime movie “Heaven Sent” among others.  How old were you when you started acting and was it always something that you wanted to do?

When I was little my grandfather who I call my “Popeye” always told me that I looked just like Shirley Temple. Well at the time I was 3 years old and had no idea who Shirley Temple was, so he decided to buy me a box set of her movies. My parents turned on one of her movies and I was just sitting there watching it mesmerized, and then I turned to my parents and asked “are you sure that isn’t me?” I feel like somewhere in the back of my mind that was the first time I ever realized kids could be actors and be in TV and movies.

Are there any actors/actresses that inspire you or that you look up to?

I love both Reese Witherspoon and Sandra Bullock I think they both have so much range with their abilities and I love watching all of their different projects! I mean, I feel like they do everything from comedy, to drama, to directing, and producing, it’s very impressive. I would love to follow in their footsteps.

I read you’re an animal lover.  Do you have any pets?

I am a huge animal lover, and the animal I think I love most is definitely my dog Lord Stanley! He is a mini Bernedoodle and my little baby! I actually named him after the NHL Stanley Cup which is the trophy a NHL team win in hockey playoffs, because I am a very big hockey fan as well! Animals are so special to me I feel more at peace when I’m with animals. I hope to one day own land and have tons of rescue animals of all kinds on my land.

What do you enjoy doing when you’re not working?

When I’m not working I love spending my time just being a normal teenager, I love hanging out with my friends, playing with my dog, watching sports, I actually love sports and hockey is my favorite to watch,. I also love reading books, swimming in my pool, listening to music, and all sorts of other stuff!

I heard you love to read.  Read any good books lately?

I recently read Captivating, I also just reread one of my favorite book series, Just One Day by Gayle Forman. I love so many of her books.  I also just watched the show of The Summer I Turned Pretty, so right now I am re-reading the books.

And finally, do you have any favorite TV series that you look forward to watching?

I love the Marvel series, so I am super happy about all the shows and movies that have been coming out recently. I think that especially “Spider-Man No Way Home” was absolutely AMAZING! I loved Hawkeye also. 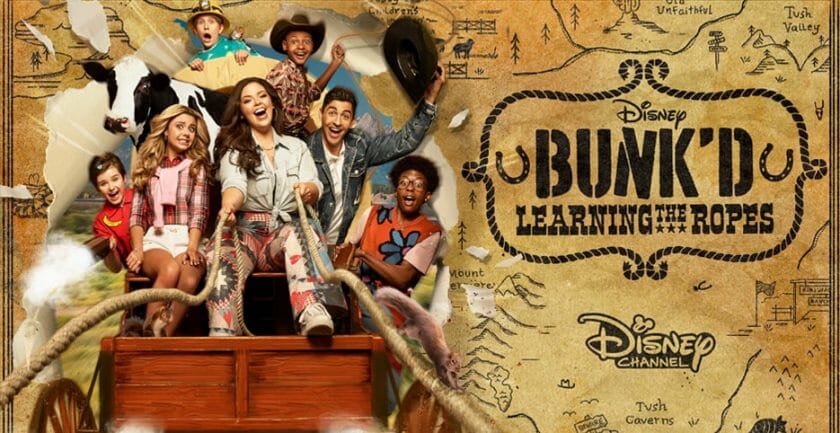 Season 6 of “BUNK’D” is currently airing on Disney Channel on Fridays.  Back for another exciting summer at the sometimes struggling Camp Kikiwaka in rural Maine are the enthusiastic camp owner/director Lou, counselors Ava and Noah, and returning campers Destiny, Matteo and Finn, who are all ready to tackle new and hilarious adventures. They also welcome witty and charming Parker Preston, who arrives to stake his 15% claim to the camp and brings his own over-the-top ideas that don’t necessarily mesh with Lou’s.