Skip to content
Home » Blog » Interview: Quentin Lloyd From Hulu’s ‘Back in the Groove’ Dating Series 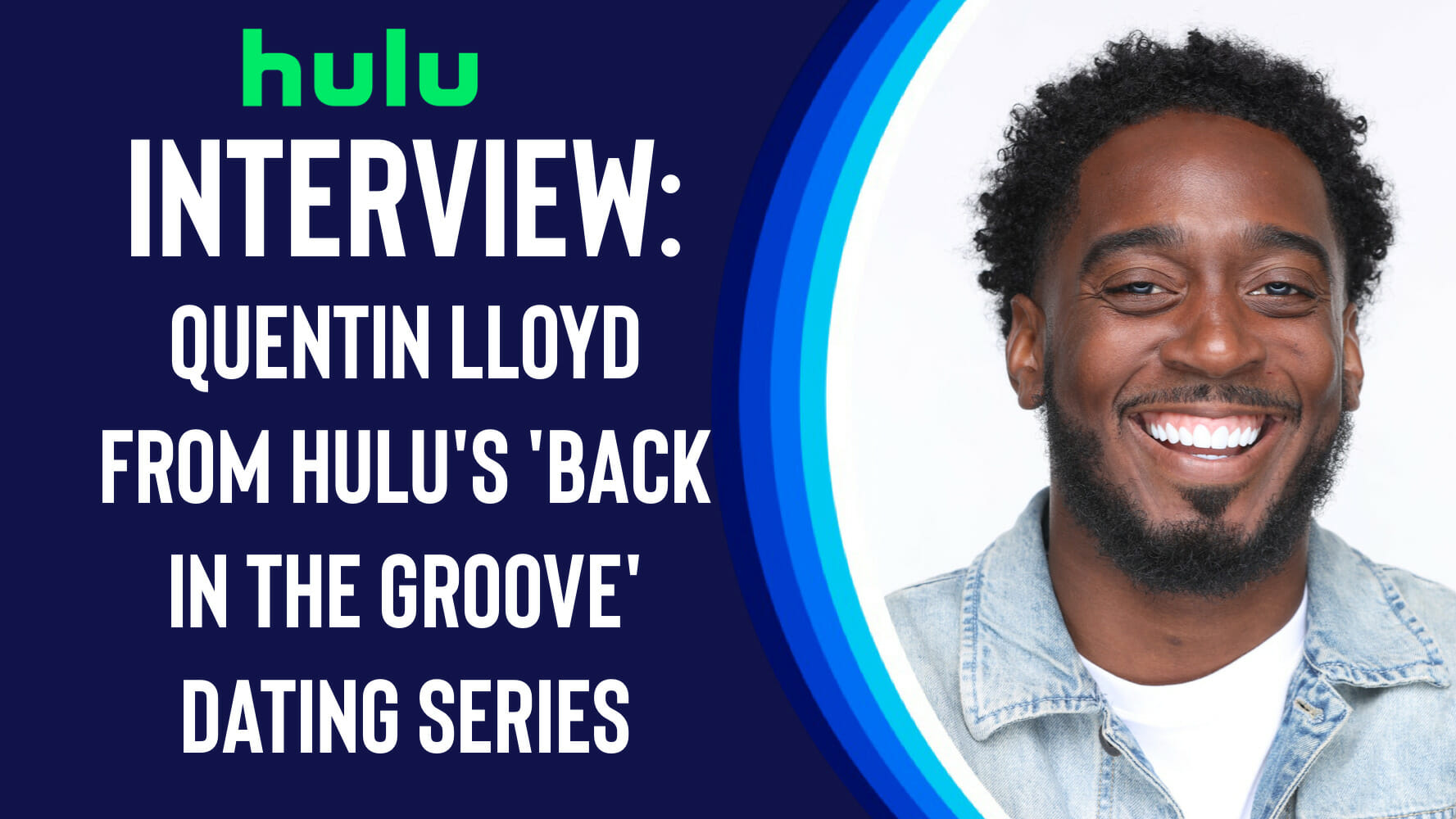 Recently, Disney Plus Informer had the opportunity to chat with one of the show’s contestants Quentin Lloyd who shared some insight on the series as well as his journey on the show. 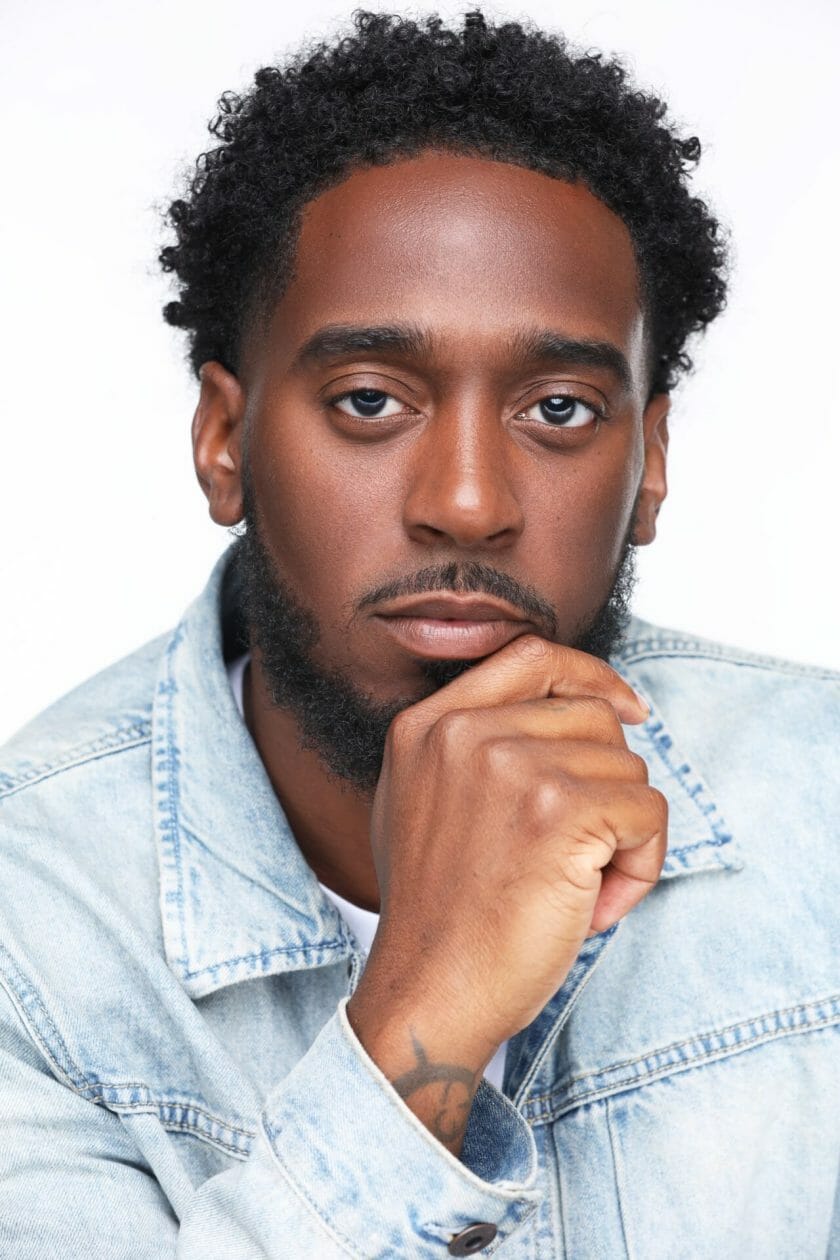 Check out our interview with Quentin below:

This is a unique take from other dating series out there and I was just wondering if you could tell us a little bit about the show?

Well, basically it’s three women looking to find and getting their groove back and there are about 24 single males that are interested in older women. So, they all met up to see if they had what it took to win the big thing. We compete to go on dates and compete for the affection of the women. The downside is, if you don’t get a date, you don’t get to leave the house. So, at that point, you have to wait until mixers to actually get your chance to speak with them one-on-one, and knowing that it’s 24 people early on, it’s gonna be hard to get their one-on-one time to be able to talk for a long time to make your presence be filled.

Can you also tell us a little bit about yourself and what enticed you to be a contestant on the show?

Well, Im single.  I’ve dated people my age and it seems that every time I date them at first, it starts off… I want this. I want that. I’m looking for love. I want to settle down and want to get married and then it changes to… Well, I’m not sure… It just always flip-flops with the emotion. So, I decided to try to talk to those women, which I have. I’ve never really dated one, but I’ve actually entertained it and it was pretty different. And the difference is the older women know exactly what they want. They’re not gonna sugarcoat it.  If they’re here for fun, they’re here for fun. And if they’re looking for love, to get  married and start a family, it is, what it is. They’re also already established. So, I’m learning from them and also I’m teaching them something and I can bring back youth into their life.

As I’ve gotten older, it’s changed.  It’s now more than physical because at the end of the day that physical attraction, your body’s gonna change.  It’s what do we have outside of physical. Do we make a connection? Are we happy outside of sex? Like that’s the big thing these days is sex.  That’s what it is. Physical sex. But as you get older, sex changes.  It’s different. So, I want to see where we are on a mental level. Do we have the same goals? Do we align the same way. What are your morals? That’s what I’m looking for.

Was there something specific you were hoping to find on the show?

I went to the show with an open mind because again, I do have a type. I usually date short, petite women. And on the show, I went up there with an open mind saying, hey, let me try something different. And when I got on the show, I saw Sparkle… and I knew a lot of people are going to go after her beacause like I said, eye candy is the first thing you see.  She’s gorgeous.  Very nice.  She’s very stern. So when you first meet her, if you’re not used to it, you might shy away from her. But she’s very loving and very caring. With Steph, I’ve never really dated a tall woman. So, I wanted to see what Steph’s about. Then, I saw Brooke. I don’t discriminate. I love all types of women. White, brown, black asian, I love them all. So, I said, hey, let me give this a shot and see if I want to talk to her. So I didn’t go in with this, hey, I’m gonna try to talk to this one? I met all of them and I went from there.

You really kept an open mind.

You have to keep an open mind. You have to. You have to be smart. It’s 24 guys and let’s say Sparkle might have five of those. That means you’re in line. Where in line are you in that five? So, I wanted to keep my options open, especially further on into the show because at that point I could have a chance of getting picked by anybody to stay and after awhile I it’s like, okay, maybe I’m not going to talk to her. I’m feeling these two more. So, it was all about strategy and also the vibe.

The resort you stayed at in the Dominican Republic looks amazing. What was your favorite thing about The Groove Hotel?

The views man, just the open floor plan of the kitchen in the living room with the sliding doors… You wake up, eat breakfast, open the doors and just walk right out onto the patio, right to the pool and right from the pool walk onto the grass and you’re like at the very top of the mountain and you can see the whole entire ocean. It’s like nonstop.  And late at night, the sunset is amazing.  I’ve never really seen a sunset like that. I live in Atlanta, so you see a sunset sometimes, but the way it looks there is like a movie.

I watched the first four episodes so I’m a little behind, but I love all the layers to the show. It’s fun but there’s also these heartfelt moments and some drama and a few shocking moments as well. What was the most shocking moment to you?

The most shocking moment was finding out that one of the ladies had a son there. I’ve never seen that, out of all the reality TV, I’ve never seen that. And the way that it was presented, it was just a big secret and they both kept it under wraps and no one ever found out about it until they wanted people to know. No one knew. I know people were trying to say, oh, he had to know…literally like no one knew because you’re not really looking for it. You’re not paying attention to who looks like who. You’re really there trying to focus on the woman. So, I would say that was a big surprise.

What was the most challenging thing for you being on the show?

Stepping outside of my comfort zone, being that there were so many guys. I’m not the type of person that steps out and just says, hey, I’m gonna talk to you. I like to play the field and if I feel a connection or if I feel like they’re interested, then I go. But you can’t do that there. You have to literally assert yourself and try to be a little dominant because there’s so many guys and they’re all trying to compete for attention and if you don’t do enough to make your presence known or do something so they can remember it, then you might be going home. So me stepping outside of myself and kinda just being the forefront, trying to talk to everyone That was hard for me.

Was there anything about yourself that you discovered in the process?

I’m very patient. I can honestly say I’m really, really laid back. I can be kind of shy.  People that really know me will also say… its like what we see on the show. Leroy is very outgoing and dramatic. Not in a bad way, I love Leroy. Really, really festive. I’m the same way, but on the show, I don’t know these women and sometimes personalities can be read the wrong way. So, I like to feel the room. Now outside of the show, yes, I love to have a good time. Always. I’m loud. When I’m comfortable around you, I’m gonna have fun. But in the setting that we’re in, I didn’t want to be too overbearing because that can be perceived as immaturity.  And at the same time, these women are older so you want to play the field the right way.

You can also read our interview with fellow “Back in the Groove” contestant Remy Flores here.