Skip to content
Home » Blog » Interview: Remington Flores From Hulu’s ‘Back in the Groove’ Dating Series 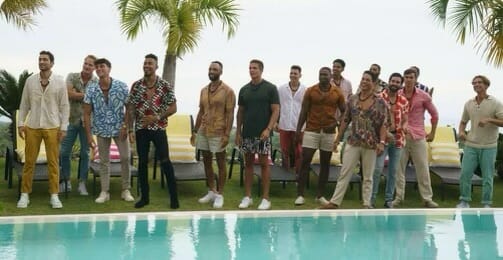 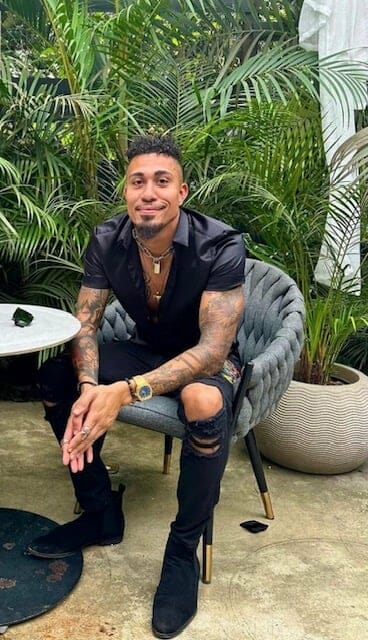 Recently, Disney Plus Informer had the opportunity to chat with one of the show’s contestants Remington Flores who shared some insight on the series as well as his journey on the show.

Check out our interview with Remington below:

You are one of the contestants on Hulu’s new dating show “Back in the Groove” which begins streaming on December 5th. I haven’t seen it yet, but I watched the trailer and a couple of clips and this looks like a fun show to be a part of and has some twists to it.

Oh my goodness. Yeah, buckle up.

I was wondering if you could just tell us a little bit about the show and what makes this so unique from other dating series.

Absolutely. It’s three mature women, and they are just trying something new.  There are about 24 younger guys from all over the world. We have guys from different parts of the world, even a guy from South Africa and we have some people from the States that are all there to compete and see if we can try our hand at someone a little more mature.

But as for the show, it was a great experience. I think everyone learned something new about themselves that we didn’t know. You put 24 guys into one hotel together and you’re forced to live with people that you normally wouldn’t. You definitely learn a lot about yourself and other people, that’s for sure.

Can you tell us a little bit about yourself and what enticed you to be a contestant on the show?

I guess I’ll start at the beginning. My name is Remington Flores and I just turned 28 years old. I am an insurance consultant contractor. So what enticed me to be on the show? It was actually funny because a recruiter reached out to me on Instagram.  I was in Pennsylvania I believe at the time, and I had posted just a fun little dancing video on Instagram. And then because of that, a recruiter said, hey, would you like to be on a dating show? And I thought, okay, this is probably a scam. We see this all the time on Instagram. So I didn’t believe it, but I said, let me just look at the application. I was waiting to see like enter your credit card number here or something. I didn’t see that. And it looked legit. So, I applied and then a producer reached out to me, and then it kept getting bigger and bigger and then Hulu reached out and I was like wait a minute….So, it wasn’t until honestly almost the semi-final round of them talking to me that I realized this isn’t a joke, this is actually a dating show.

So, what enticed me to get on it? I have dated in the past, but it’s never really been older women. It’s always been either women that are my age or maybe a year or so younger than me. I don’t really date too much because I work a lot, but I just always had an idea like man, an older woman would probably be a little more understanding, be able to have some experiences that I haven’t experienced and you know, we can probably share some things amongst each other.  It was really enticing to me when I saw in bold that it would be older women.

What were you hoping to find on your journey on the show and then just tell us a little bit more about what your experience was like.

In terms of what I was hoping to find, I don’t really know what I was looking for. I just knew that this was gonna be a new experience and a chance to date older women. I mean who doesn’t want to sign up for something like that? I definitely was ready to go on that and it was a pretty enduring case because they had to go through quite a bit of contestants or applicants in order to find out who they want to zero in on. So, just going into it with a real open mindset and just accepting whatever comes my way and maybe I learned something about myself in the process which I definitely did. So, I’m forever grateful for the show for that.

There were three women, correct?

There are 3 women Brooke Steph and Sparkle.

To be honest with you, it changes each year, but I usually like someone that is a very strong woman, strong and independent. Someone who either knows what she wants or has an idea of it.  And is going to work towards it with or without another man or with his help, I’m really attracted to that quality of confidence. I think that’s just because my mom is like that and something that kind of carried on.

One of the clips I watched showed one of your fellow contestants secretly revealing to the camera that one of the female leads was actually his mom. At what point was that revealed to you guys? And was that a shock?

I probably can’t go that deep into it in terms of what episode or when it was. But, all I can say is that it definitely was a shock. I am a bit of a detective sometimes when it comes to things. So, I had my assumptions when things started acting up and I think they started to pick up on that. But for the most part, when it was revealed to us, a lot of jaws were dropped. I’ll just leave it at that.

This was filmed in the Dominican Republic, right? What was that like?

It was amazing. Absolutely beautiful. I have been to the Dominican before but not like this. It was in a very exclusive spot. It was just the guys and the girls and the crew and it was just really cool to see everything develop and unfold behind the scenes leading up to the process of them catching us in our natural element and discussing how we felt about the women and what we wanted to do, and trying to organize how we would try to get one of them to talk to us or things of that nature.

I don’t know if you can say anything or not, but were there any funny or outrageous stories that you can share? With 24 contestants going after three women, there had to be some drama.

Yeah, I probably couldn’t dive into this because it will reveal some things, but I will say that as you’ll see, there are a lot of funny characters, a lot of the guys are great to work with, but there are 24 completely different personalities, clashing as well as making some unforgettable bondships as well. So, there will be a lot of laughs and even some tears will be shed by both parties.

Was there anything that you discovered about yourself in this process and what was the most challenging thing for you?

There are a couple of aspects to it that I feel were challenging. My family for one doesn’t really know about it. I think honestly I was probably afraid of how they would react to it, so I kind of didn’t go into it. So, that part was a little challenging for me because a lot of these guys may have told their parents or their parents knew about it.  So, not having that moment of ease was probably one thing for me, but I will say that they’re definitely supportive of me and whatever actions I may have done, so I know that they would be proud of it.

But in regard to what I’ve learned about myself, I will say I’m a very shy person, which is hard for people to believe. I’m like an introvert slash extrovert. So, I love to go out.  I love to talk to people and things of that nature. My job revolves around that, but when it comes to women for some reason, I struggle.   It’s like I never can make the first move. I can go up to her to go look at me across the room and smile and like basically the go ahead, I won’t bite. So, I think the show definitely pushed me to to do that, to be a little bit more of a man by myself and have that confidence factor. Because on the show, you had to go for these women.  They weren’t gonna come to you. So that was one thing I learned about myself and it helped me develop some more confidence. So, I’m forever grateful for that.

Finally, I know you probably can’t share too much, but did you find what you are looking for after you went on the show?

I think I did.  I would say yes, I found what I was looking for. I feel like that can be translated in multiple ways. I think everyone will definitely see that in myself as well as the rest of the guys when they check it out on the 5th.

I know you’re on social media. If somebody wants to follow you, how can they find you?

Yeah, my Instagram is definitelythtguy.  I made it when I was 13, so please don’t judge me. I just kind of kept it for a while and I started doing these things called Remy angles where I filmed food with music just to be silly and kind of called on so I kind of had to just keep the name. But that is my Instagram. That’s pretty much my main way of checking socials. I have a Facebook but I don’t really use it, to be honest. But that one, if anyone wanted to look me up, it’s just Remington Flores.