Skip to content
Home » Blog » Interview: Robert DellaVentura From Hulu’s ‘Back in the Groove’ Dating Series 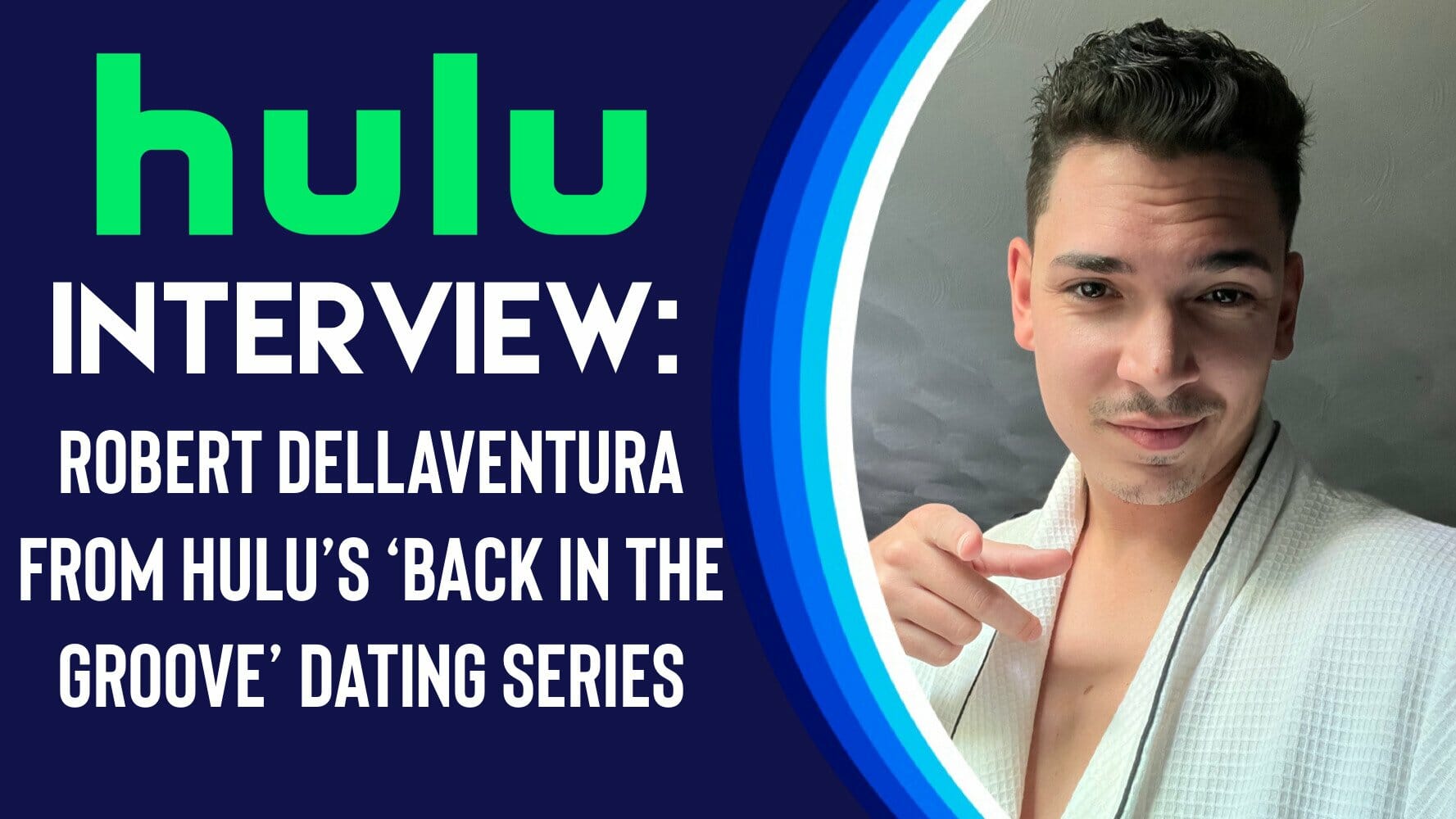 Recently, Disney Plus Informer had the opportunity to chat with one of the show’s contestants Robert DellaVentura who shared some insight on the series as well as his journey on the show.

Check out our interview with Robert below:

You are a contestant on Hulu’s new dating series ‘Back in the Groove.” All eight episodes are available to stream now on Hulu. I watched the show and I loved it. Can you first tell us a little bit about the series because it is different than other dating shows we’ve seen before?

Yes! So, “Back in the Groove” is definitely different than any other dating show out there. There are 24 guys fighting for three women, but the women are older.  So, the women actually go outside their comfort zone because a lot of them actually never dated younger guys before. And a lot of the guys on the show didn’t date older women, so it was new for us as well. So, I actually dated older women. So, it wasn’t a huge adjustment for me. It was really tough to actually battle all these other guys for the women’s attention because you really have to fight for every minute you have with the women and interrupt other guys. It’s very cut throat.  I’m not gonna lie. You have to use all the tricks you had in your bag to really stay on course with the women and actually have a conversation with them before the producers are like, okay, who’s next?

You definitely have to be more assertive and some people weren’t comfortable just going up to women and cutting someone off mid-conversation, but you had to, or you’re definitely getting checked out.

Can you tell us a little bit about yourself and what enticed you to be a contestant on the show?

I’m from Rhode Island Island. I’m 29 years old. I always wanted to get into commercials, television or what not. So, I saw this opportunity. I kept getting DM’s from this random person. I thought it was someone that was fake. But a month later, they just kept reaching out to me every week and I was like, alright, let me see what this is all about. So, I finally reached out to them. The next thing I know is I’m on a call with a bunch of producers and then a few weeks later I end up in the Dominican Republic. I’m an accountant by day. I am a father as well. I have an eight-year-old son at home. So, that’s what kind of stood out to me on the show because I was actually the only dad. But on the show, they actually cut out all of my conversations with the women.  With the guys, they actually cut out like 17 of us. So you know, it wasn’t ideal. But I talked to the women and they hate that a lot of us got cut out of the show because they only focus on like five guys, you know?

Yeah, I noticed that too. So, you already said that you have dated older women in the past, but what do you typically look for in a partner?

Honestly, I look for someone who has a good head on their shoulders because I do have a son so that’s something I definitely take to heart. And make sure that they have a good career, they’re definitely driven,  of course they have to be beautiful on the inside and out.  I date all ages, honestly. So, my last two girlfriends were like 35, 36.

The three leading ladies were Steph, Sparkle, and Brooke. And they are gorgeous women inside and out. Were you drawn to one of them in particular, right away?

Yeah, so actually me and Steph clicked it off amazing. Me and her, we both have kids. Stephen was her son. I actually got eliminated when Stephen basically announced himself on episode four. But we talked about just parenthood, our kids. We both had our sons young. I had my son at 21 I think she did as well. Or like at 20. So, that’s what kind of level me and her talked on. No one else could relate to her and that part of her life, except me on the show. So, that’s what really stood me out and everyone was like, oh, how did you make it to episode 4, you didn’t speak to the women. I was like, oh no, I did. I had genuine conversations with them, but they just didn’t just didn’t get to see it. So, I did do what I had to do on the show to really stand out. But no one got to see it, sadly.

What was one of your most memorable moments of being on the show?

The most memorable moment was definitely just kicking it with the boys in the house because 24/7 you’re just hanging out with the guys. So, you just talk about life, you gain some friendships. I still talk to a lot of guys today. So, from the show, I definitely found the brotherhood, that’s great.

Was there anything new you discovered about yourself during your journey on the show?

Here’s something I want to ask you because of course there were cameras filming you all during your time at the hotel. Did you find it hard to open up and be yourself in that kind of situation or was it something that you just kind of got used to?

At first, it was definitely weird having the cameras rolling cause I’m not used to being in front of the camera. I’m an accountant, sit at a desk all day.  So I’m not used to interacting with people all day long like that or being the center of attention. So, that was definitely different, but you do actually warm up and instead of looking at the cameras… because at first you start looking at the cameras… but you don’t want to do that and you just have normal conversations. So, me and Steph actually had a nice heart-to-heart. I actually had my own little interview with Remy (Remington) as well.  He’s awesome. He’s one of my best friends from the show. I hung out with him after the show as well and actually seeing him this week. I’m going to New York to go see him.

I love the resort you stayed at because it looks like paradise. So what was your favorite thing about The Groove Hotel?

My favorite thing at The Groove Hotel was… it was a beautiful resort and I actually never been to the Dominican Republic before so the scenery was gorgeous and then again you have beautiful women, you’re around. You have a bunch of your friends around. It was pretty much like a dream come true. You have a pool, you can work out, you have nice scenery. The only thing you couldn’t do is leave the villa, leave The Groove Hotel. But other than that, it was awesome. It was right after tax season so for me it was perfect. I was working crazy hours like, oh man, I need a vacation. So, this was perfect for me at the time.

How has life been different for you after being on the show so far?

So far, life’s been not bad…I gotta say not totally different until the show came out. Honestly, a lot of followers on Instagram.  People just asked me how was my experience, what I think about the women, who I didn’t like on the show, etc… but overall I liked everyone. The women were awesome and I still talk to them today.

You can also read our interviews with fellow “Back in the Groove” contestants Remy Flores and Quentin Lloyd.