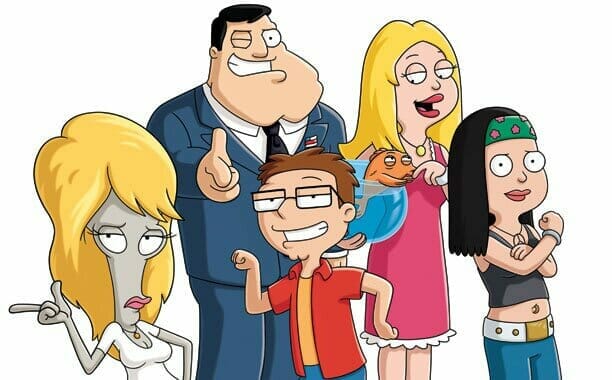 We’ve recently seen a massive influx of inquiries about the possibility of the hugely popular ‘American Dad’ leaving Hulu towards the end of September. Recently, ‘American Dad’ has been updated on Hulu to inform subscribers that the show is expiring on September 29 and will leave the platform. However, it’s definitely not as conclusive as it might seem when it comes to American Dad leaving Hulu.

Read on for everything we know about American Dad leaving Hulu in September 2022.

The short answer to this is maybe, but probably not. As it stands, American Dad is set to expire on September 29, according to the message displayed on Hulu itself. You can see what that looks like below: 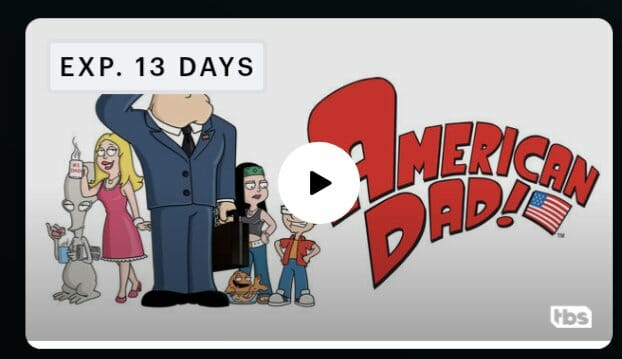 You might be thinking that’s the answer, but fear not! There are certainly a few reasons American Dad might not be going anywhere.

Hulu released a list of everything that’s leaving the streaming platform in September, and you guessed it, American Dad wasn’t included. American Dad is a massive title for Hulu, and maybe they wanted to keep the removal on the down low? However, Hulu generally is pretty good at ensuring this list is accurate.

It’s also worth mentioning that 20th Television distributes American Dad. This means that Hulu should be the permanent home, as American Dad, Hulu and 20th Television all fall under the Disney umbrella. This isn’t like Netflix, which will often license a show from another network, and then see that show leave for another streaming service later. American Dad is already where it’s supposed to be, which is, Hulu.

However, one of the biggest blows that might indicate that American Dad is actually leaving Hulu in social media. Many concerned American Dad fans have taken to Twitter to ask Hulu if the show is leaving:

Hulu here! We do our best to keep your favorite shows in our lineup, but our streaming rights to American Dad! are currently set to expire on 9/29 (https://t.co/i8IO9muXro). We’ll be sure to share your interest in seeing the show stay in our Hulu streaming library!

Sorry for any disappointment! Our rights to offer American Dad! in our streaming library are expiring at this time, but we’ll let our team know you’d like to see this show stick around if possible. We appreciate you reaching out to share your feedback with us!

We suspect that the social media team doesn’t have any further knowledge other than what’s displayed on Hulu itself.

We’ve seen this happen for other titles Disney-owned titles on Hulu previously, but they all end up being renewed on Hulu.

We’re still not convinced that American Dad will be leaving Hulu anytime soon, but it definitely can’t be ruled out as a possibility. However, we fully expect that the show’s license will be renewed you’ll be able to continue watching as normal on Hulu.

UPDATE: Hulu has confirmed to us that ‘American Dad’ will not be leaving Hulu.

Why is American Dad Leaving Hulu?

Even though American Dad and Hulu are all owned by the same company, the show will need to go through standard contract renewals that all third-party shows on the platform go through. There’s a possibility that those renewals might not succeed, although it seems pretty unlikely. We expect that American Dad will remain on Hulu.

It’s possible that a deal was created for American Dad with a different streaming service and is leaving Hulu for that reason. This isn’t entirely uncommon in the streaming industry. The most logical place would be Disney+, and potentially a slim chance that it could move to HBO Max since the show is currently premiering new episodes on TBS.

American Dad on Disney+ you scream?!? How? Disney has fully unlocked Disney+ in the United States and has slowly started to add more mature content as part of the service’s efforts to broaden its appeal to adults. We know that Disney has big plans for general entertainment, and American Dad can already be found on Disney+ in international markets such as Canada, the UK, Australia and more. It’s possible, but again, unlikely.

UPDATE: Hulu has confirmed to us that ‘American Dad’ will not be leaving Hulu.

What is American Dad About?

Stan Smith leads the all-American family in this animated sitcom filled with wild and crazy extremes. Everyday life is taken to the limit as Stan applies the same drastic measures used in his job at the CIA to his home-life. Driven by machismo and the American dream, he is often blind to how horribly he fails at his attempts. This father may not know best but he never stops trying! Starring Seth MacFarlane (Stan Smith, Roger), Wendy Schaal (Francine Smith), Rachael MacFarlane (Hayley Smith), Scott Grimes (Steve Smith), Dee Bradley Baker (Klaus).