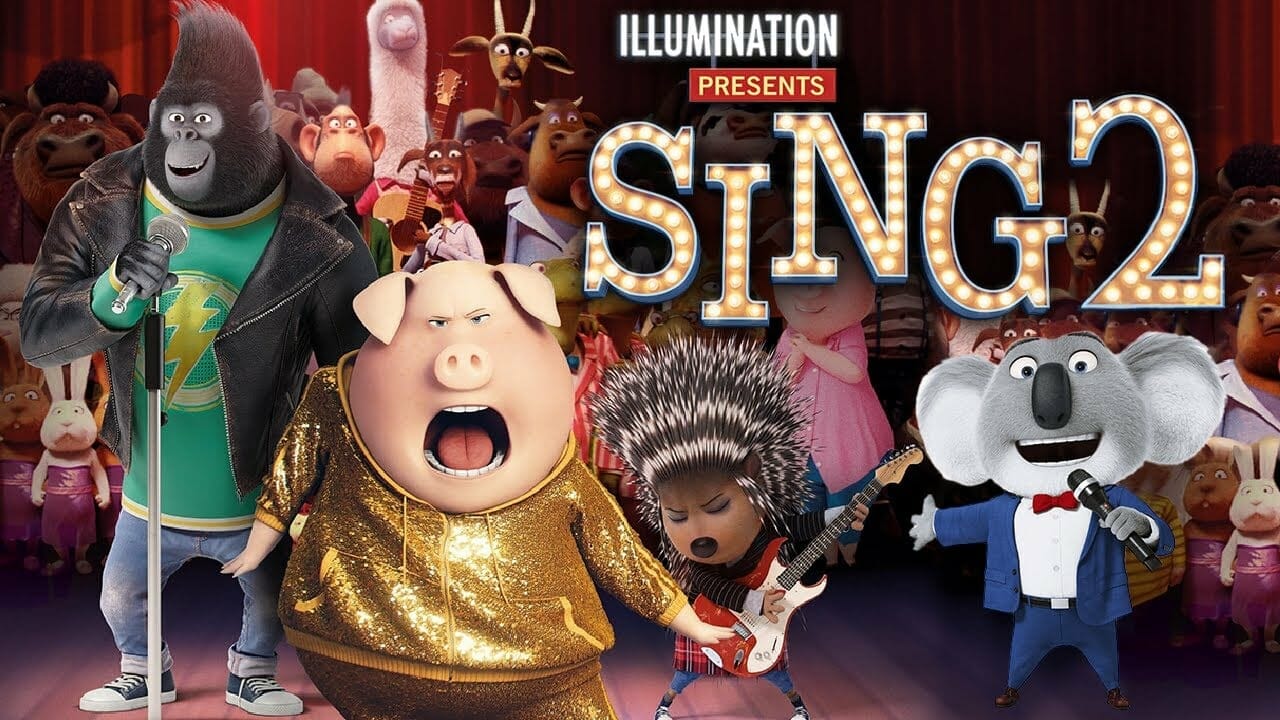 Sing 2, the sequel to the 2016 animated musical film, has recently debuted in movie theatres and has been a hit with audiences! If you’ve not had an opportunity to watch the hit movie yet, or maybe you can’t wait to rewatch it, you might be wondering if and when Sing 2 is coming to Disney+. Read on for the all details!

Is Sing 2 On Disney Plus?

Sing 2 is not streaming on Disney+ in any country as Sing and Sing 2 were produced by Illumination and distributed by Universal Pictures and not Disney.

There is no question that Sing 2 (and the first movie) seems like a perfect fit for Disney+ on the surface. We can understand how an animated film usually leads you to believe it must be a Disney movie. Disney is, of course, the biggest animation studio in the world. However, both Sing movies were produced by Illumination and distributed by Universal Pictures.

This means that it is incredibly unlikely we’ll ever see Sing or any other movie produced by Illumination arriving on Disney+. While things can change in the future, Illumination is a direct competitor to Disney, so we can file this movie under the “not going to happen” list.

When is ‘Sing 2’ Coming To Disney Plus? (Internationally)

However, just like the United States, it’s not expected that Disney will be striking any deals with Illumination/Universal Pictures for any of the Sing movies.

Even though Sing 2 isn’t available on Disney+, it’s still available to stream on other services.

Where To Stream  Sing 2 (United States)

In the United States, Sing 2 is available to stream on Netflix.

Where To Stream Sing 2 (UK)

In the UK, you’ll find Sing 2 on Sky. It’s not currently available on any streaming services such as Netflix etc.

Where To Stream  Sing 2 (Canada)

In Canada, you can stream Sing 2 on Crave. Otherwise, you can purchase Sing 2 on Amazon, iTunes, Google Play etc.

Where To Stream  Sing 2 (Australia)

In Australia, Sing 2 is streaming on Amazon Prime and Binge.

What is Sing 2 About?

The new chapter in Illumination’s smash animated franchise arrives with big dreams and spectacular hit songs as the ever-optimistic koala, Buster Moon, and his all-star cast of performers prepare to launch their most dazzling stage extravaganza yet …all in the glittering entertainment capital of the world. There’s just one hitch: They first have to persuade the world’s most reclusive rock star—played by global music icon Bono, in his animated film debut—to join them.

Buster (Oscar® winner Matthew McConaughey) has turned the New Moon Theater into a local hit, but Buster has his eyes on a bigger prize: Debuting a new show at the Crystal Tower Theater in glamorous Redshore City.

In a desperate attempt to get Mr. Crystal’s attention, Gunter spontaneously pitches an outrageous idea that Buster quickly runs with, promising that their new show will star lion rock legend Clay Calloway (Bono). Problem is, Buster has never met Clay, an artist who shut himself away from the world more than a decade ago after the loss of his wife. Even worse, Buster has failed to realize that Mr. Crystal is an egocentric gangster who would rather drop somebody off the roof of a building than be lied to.

As Gunter helps Buster dream up an out-of-this-world theatrical masterpiece, and the pressure (and sinister threats) from Mr. Crystal mount, Rosita’s leading role in the show gets ripped away and handed to Mr. Crystal’s spoiled daughter, Porsha, played by Grammy-nominated artist Halsey. Desperate to save the show, and his life, Buster embarks on a quest to find Clay and persuade him to return to the stage.

What begins as a dream of big-time success becomes an emotional reminder of the power of music to heal even the most broken heart.