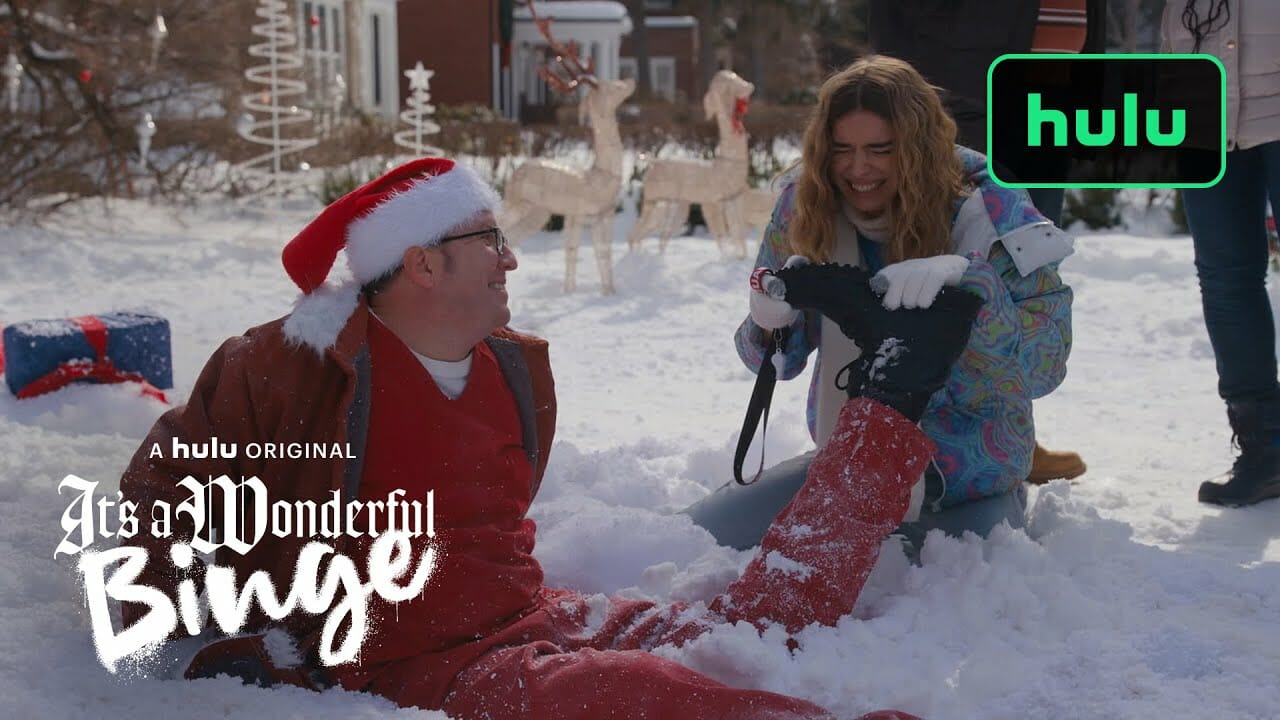 Hulu has released a blooper real for “It’s A Wonderful Binge” which is available to stream now on Hulu in the United States and on Disney+ in several countries including Canada and Australia.

Check out the blooper reel below:

“It’s A Wonderful Binge” is written and directed by Jordan VanDina. It is produced by Jeremy Garelick, Will Phelps, Ryan Bennett and Molle DeBartolo for American High, and Mickey Liddell and Pete Shilaimon for LD Entertainment. LD Entertainment’s Michael Glassman is also on board as an executive producer, as is Andrew Reyes.