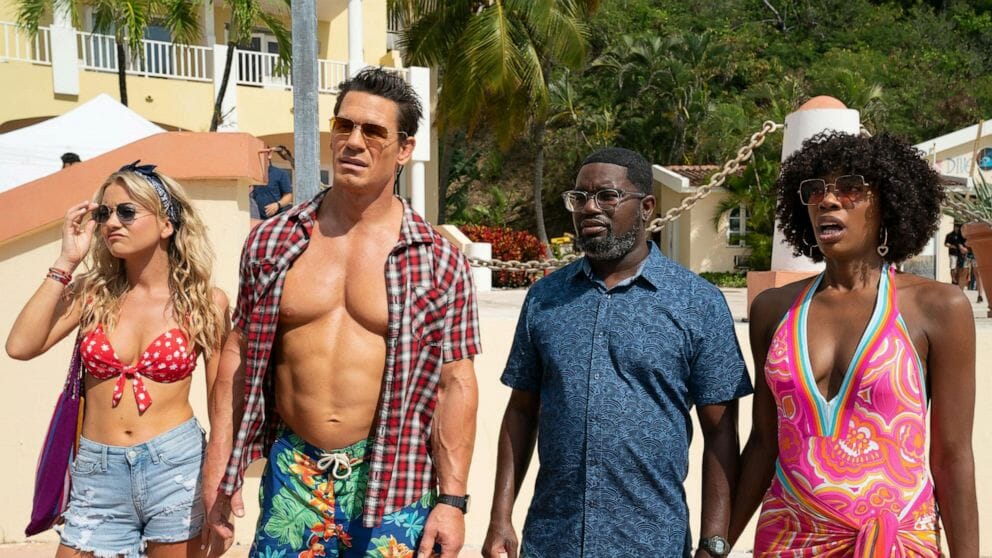 20th Century Studios’ film “Vacation Friends” premiered August 27th, streaming globally as a Hulu Original in the U.S. and a Star Original on Disney+ in the UK and select international markets.  After its debut, the movie became a massive success for Hulu and was the most watched original film in its opening weekend at that time.

A sequel for the raunchy comedy titled “Honeymoon Friends” is already in the works.  The film will reunite the main cast and producer Todd Garner.   Clay Tarver will also return to write and direct.

According to Deadline, Jake Choi (Single Parents) has signed on to star in the sequel.

In “Vacation Friends,” strait-laced Marcus and Emily (Howery, Orji) are befriended by wild, thrill-seeking partiers Ron and Kyla (Cena, Hagner) at a resort in Mexico. Living in the moment, the usually level-headed couple lets loose to enjoy a week of uninhibited fun and debauchery with their new “vacation friends.” Months after their walk on the wild side, Marcus and Emily are horrified when Ron and Kyla show up uninvited at their wedding, creating chaos and proving that what happens on vacation, doesn’t necessarily stay on vacation.

Plot details for the sequel are being kept under wraps but Deadline reports that Choi will play the dour and confident hotel group exec Yon, who talks a big game and cuts Marcus (Howery) down the moment they meet – all in efforts to hide his own insecurity. Though as they spend more time together, Yon comes to admire and respect Marcus, and the two form an unlikely friendship.

Directed by Clay Tarver (“Silicon Valley”), “Vacation Friends” was written by Tom Mullen & Tim Mullen and Clay Tarver and Jonathan Goldstein & John Francis Daley.  The producers are Todd Garner (“Tag,” “Playing with Fire”) and Timothy M. Bourne (“Love, Simon,” “The Hate U Give”), with Steve Pink and Sean Robins serving as executive producers.  Mullens, Goldstein and Daley, with Garner again aboard to produce.

Choi is best known for starring as Miggy on ABC’s comedy series Single Parents and most recently wrapped the feature World’s Best for Disney and will next be seen starring opposite Demi Moore, Harry Melling, and Andrea Riseborough in Amanda Kramer’s musical drama Please Baby Please.