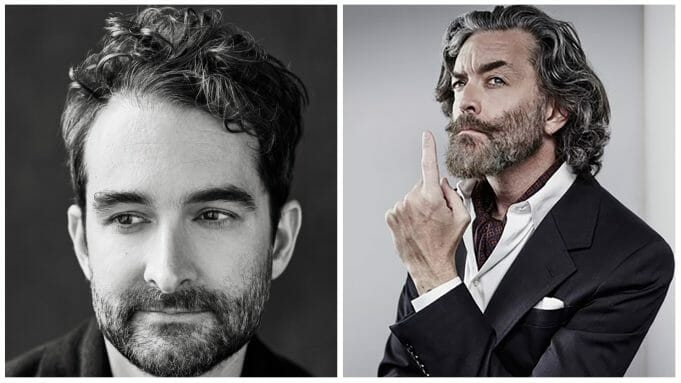 Jay Duplass and Timothy Omundson have joined the cast of the upcoming Disney+ Original series “Percy Jackson and the Olympians” in guest star roles.

Duplass will play Hades, the god of the Underworld. Per the official character description, “Hades feels like an outcast from his family and a misunderstood genius. He holds a grudge for past wrongs and plays his cards close to the chest.”

Omundson will play Hephaestus, the god of blacksmiths. “Hephaestus became disabled when he was thrown off Mount Olympus as a babe,” his character description states. “Despite that, his strength is legendary, and his capacity for kindness and mercy sets him apart from his brothers and sisters in the dog-eat-dog world of the gods.”

Duplass currently appears in the HBO series “Industry.”  He also recently starred in the Netflix series “The Chair” opposite Sandra Oh. Other credits include shows like “Transparent” at Amazon, “Search Party” at TBS, and “The Mindy Project” at Hulu.

Omundson is best known for playing Carlton Lassiter in the USA Network series “Psych.”Other credits include shows like “This Is Us,” “American Housewife,” and “New Amsterdam.”