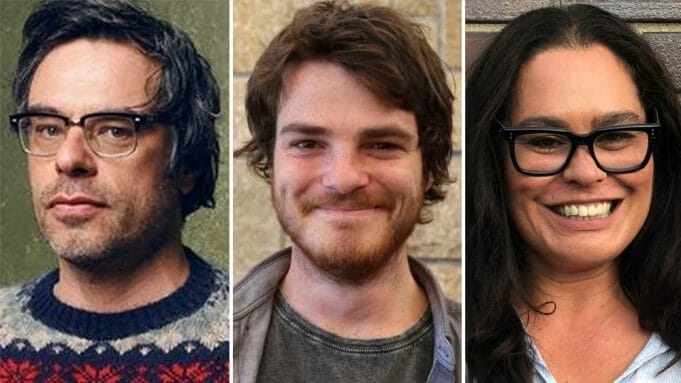 Jemaine Clement, Rachel House, and Jarrad Wright have joined the voice cast the upcoming adult animated comedy series “Koala Man.”  The series will be coming soon to Hulu in the US and as a Star Original on Disney+ internationally.

The comedy is about a middle-aged dad named Kevin and his not-so-secret identity, whose only superpower is a burning passion for following rules and snuffing out petty crime in the Australian suburban town of Dapto. He’ll do whatever it takes to defeat villainous masterminds, supernatural horrors, or worse: jerks who don’t take their rubbish bins down on the proper days.

Clement will play principal Bazwell, a nerdy and caring mentor to Liam and an ineffectual dandy of a man, always poised to support the students of North Dapto High with a helpful anecdote or encouraging song lyric.

House will voice Annie, Vicky’s friend and coworker at the school canteen, and Louise, the proprietress of the bowling club who has a deep, and some would say inexplicable, attraction to Koala Man.

Wright plays Spider, Kevin’s bogan best friend and neighbor who’s always down to help with a Koala Man mission, especially if someone needs to provide an illegal weapon to do so.

The series was created by Michael Cusack, who also voices the title character and multiple other characters.

Cusack also serves as an executive producer along with Justin Roiland, Dan Hernandez, Benji Samit, and Michael Cowap. Hernandez and Samit are also the showrunners on the series.

A Hulu or Disney+ release date for “Koala Man” has not been announced yet but the series is expected to release next year.