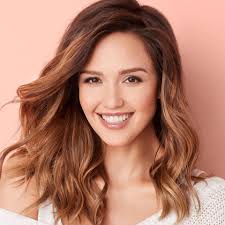 A new documentary series called Parenting Without Borders is coming to Disney+ and will star Jessica Alba.  The actress will also serve as executive producer on the series.

According to Deadline, the new series will be filmed all around the world and is described as Anthony Bourdain: Parts Unknown for parenting. The travel show will follow Alba, an actress, producer, entrepreneur and mother of three, as she immerses herself with families around the world, exploring the parenting beliefs and practices shaping families today.

The docuseries is based on the book, Parenting Without Borders: Surprising Lessons Parents Around the World Can Teach Us by Christine Gross-Loh, Ph.D.  Similar to the series, the book reveals the surprising ways in which culture shapes parenting in countries like Finland, Sweden, Germany, France, Japan, China, Italy, and more, and offers research-based insight into what strategies are best for children and why.

The show will be directed by Kathryn O’Kane, who was a producer on the Netflix cooking documentary series Salt, Fat, Acid, Heat.