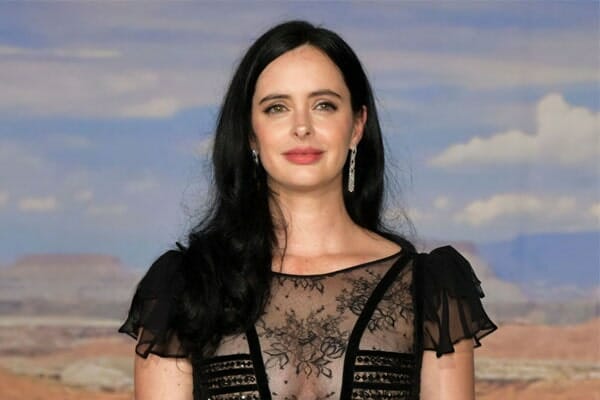 New rumors are surfacing that Krysten Ritter could return as Jessica Jones in the upcoming Marvel She-Hulk series for Disney+.

The news stems from the Twitter account @MarvelNewsHub who shared that industry insider DanielRPK leaked the information. DanielRPK is known to be a reliable source, but since an official announcement has not been made, we’ll chalk this up as a rumor for now.

Krysten Ritter is RUMORED to appear in the Disney+ ‘SHE-HULK’ series as Jessica Jones!

Jessica Jones was a Marvel series which streamed on Netflix from 2015-2019.  Krysten Ritter played the fan favorite character on Netflix and in the limited series, The Defenders.  In the series, Jessica Jones tries to rebuild her life as a private investigator following the tragic end of her brief superhero career. She startes dealing with cases involving people with remarkable abilities in New York City.

She-Hulk is being described as a 30 minute legal comedy.  Following an injury, Jennifer Walters receives an emergency blood transfusion from her cousin, Bruce Banner, and acquires a milder version of his Hulk condition. As such, Walters becomes a large powerful green-hued version of herself while still largely retaining her personality. In particular, she retains her intelligence and emotional control, although, like Hulk, she still becomes stronger if enraged.

Orphan Black’s Tatiana Maslany will play the lead character.  The Hulk will also appear played by Mark Ruffalo and the Abomination, played by Tim Roth.

The series is directed by Kat Coiro and Anu Valia;  Jessica Gao (Rick and Morty) has been tapped to lead the writers room.