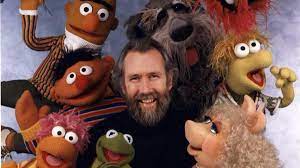 According to Deadline a Jim Henson biopic titled ‘Muppet Man’ is in the works from Disney and The Jim Henson Company, written by Michael Mitnick.

The live action film will chart the life and times of the legendary puppeteer, creator of The Muppets, Fraggle Rock and many of the Sesame Street characters, as well as director of cult films such as Labyrinth and The Dark Crystal.

The movie will focus on Henson’s journey to convince broadcasters that The Muppets was a great idea and how he worked to get the characters on air where they became family favourites.

Henson’s daughter, Lisa Henson will produce for The Jim Henson Company. Disney has owned the rights to the Muppets characters since 2004 and a biopic of Henson’s life has been in discussion since 2010.