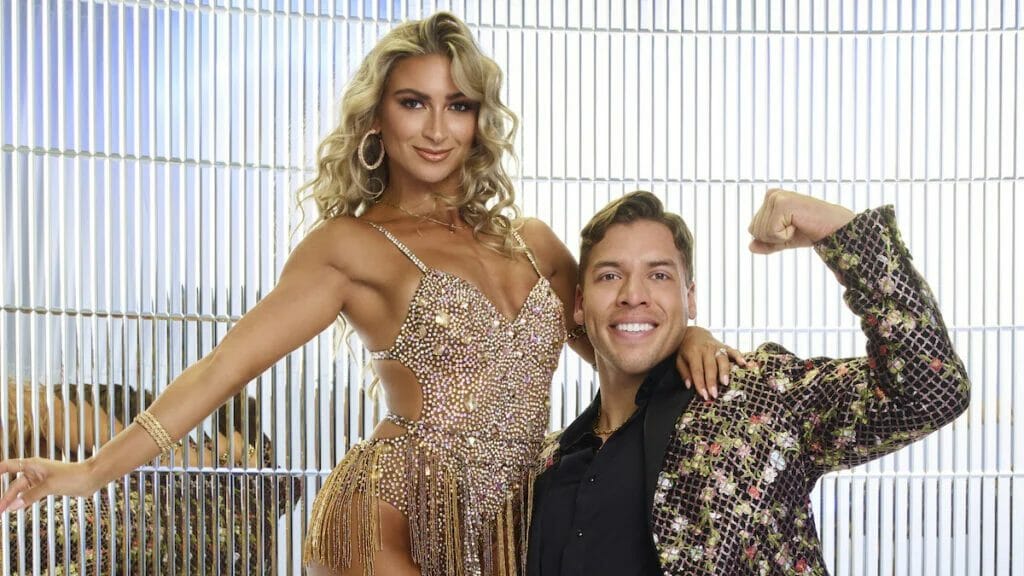 Last week, Deadline reported that shortly after the live stream premiere of Season 31 of “Dancing With the Stars” on Disney+,  at least four cases of Covid were reported.  According to Deadline, a DWTS spokesperson said all four individuals on the crew who tested positive work in “completely different departments that do not have in person contact with each other, based on our pod system.”

Today, Deadline reports that Joseph Baena’s pro dance partner Daniella Karagach has tested positive for Covid and will miss tonight’s performance.  Karagach will be temporarily replaced by dance troupe member Alexis Warr.  Those who were in close contact to Karagach will be masked on tonight’s show on Disney+.

A spokesperson says Karagach is “completely asymptomatic and is self-quarantining. Everyone who has been in close contact with her has tested negative.”

Tonight, the remaining couples will dance to the music of Elvis Presley at 8 p.m. EDT / 5 p.m. PDT, only on Disney+ in the US and Canada.