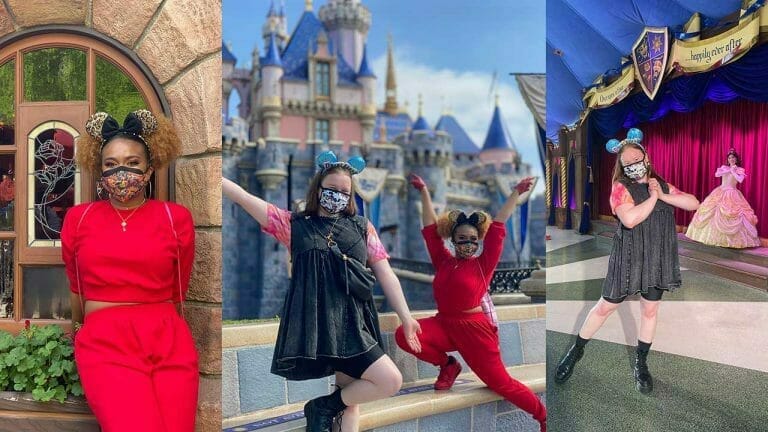 The two also met a very special guest during their visit.  If you’ve been following Season 2 of the series and watched the latest episode, then you saw the big reveal that Julia will be playing Belle as East High takes on “Beauty and the Beast.” Check out the pic below: