Skip to content
Home » Blog » Jungle Cruise Review: It’s Full Steam Ahead as Disney Gives us the Film of the Summer! 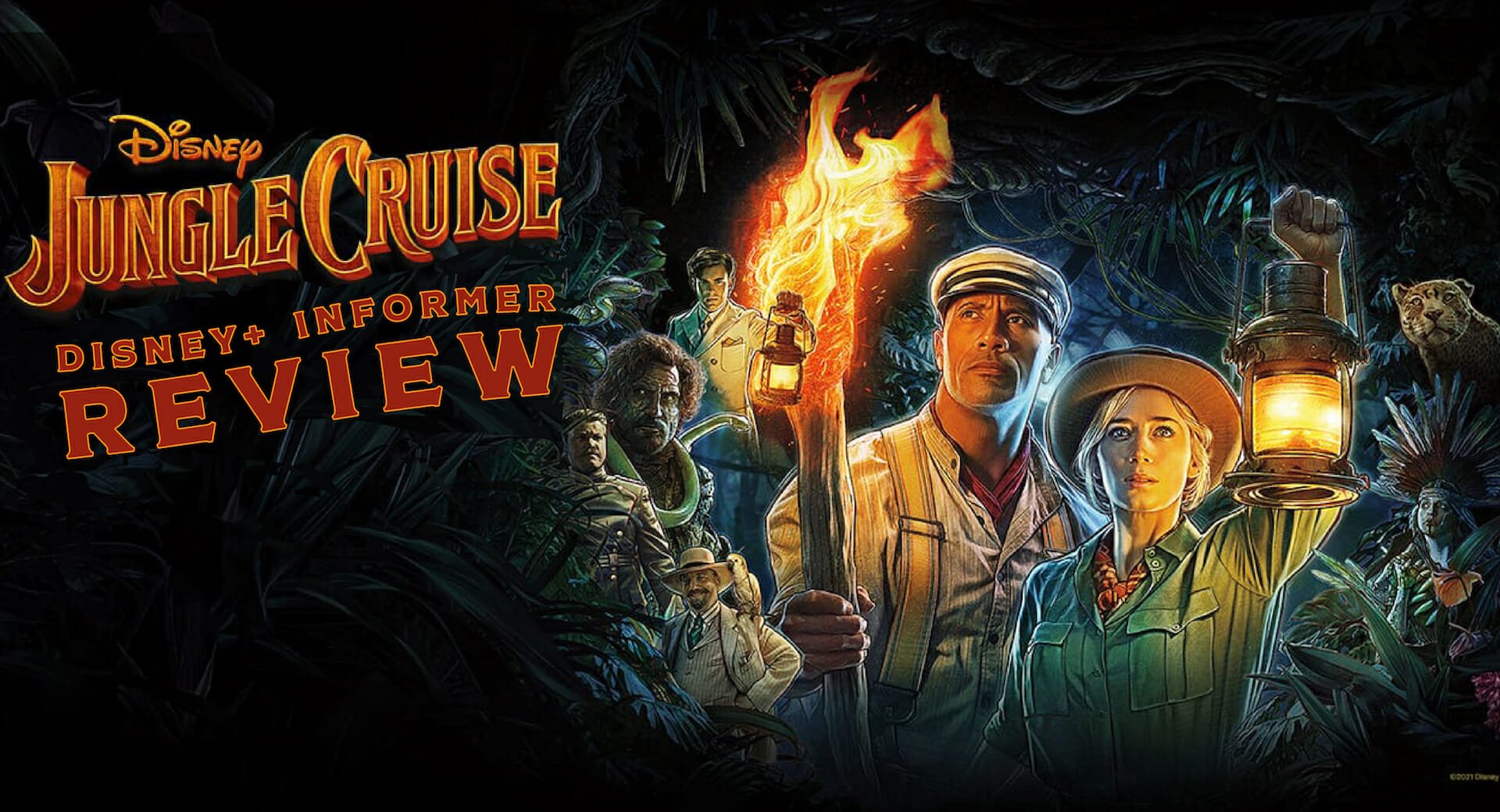 “Embark on a river cruise where dangerous beasts and dry wit abound. Board a canopied tramp steamer piloted by your trusty skipper, who will expertly navigate you through some of the world’s most treacherous waters. It’s a 10-minute, 10,000-mile journey that you won’t soon forget!”

That’s the blurb from the Walt Disney World website, used to describe the Jungle Cruise attraction, but could just as easily be used for the film of the same name. This Friday, Jungle Cruise, which lands in cinemas and Disney+, has its roots firmly planted in the famous Disney parks attraction. It’s fast-paced, great fun and incredibly witty. Keep your hands inside the boat at all times, folks, because you’re in for a wild ride! 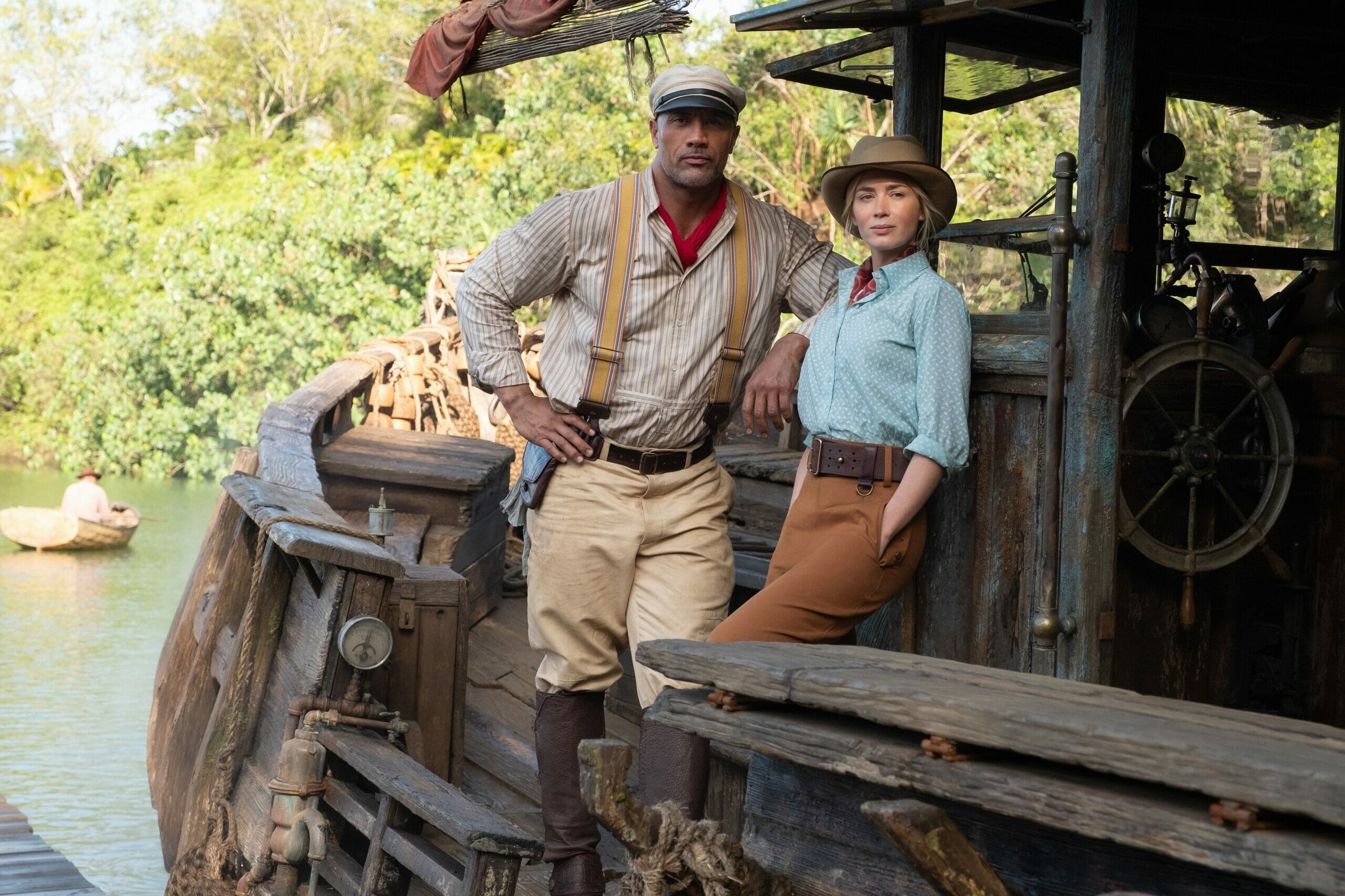 It’s hard to imagine there was a time when Emily Blunt turned down a role in Jungle Cruise; it took a personal video message from Dwayne Johnson and a hand-delivered script to change her mind. She read said script, and the rest, as they say, is history.

Watching Jungle Cruise, you can see precisely why Blunt changed her mind. The movie is high octane, effortlessly entertaining and pure fun. It’s a Disney summer blockbuster that will surely pave the way for a franchise that could rival the scale of Pirates of The Caribbean.

Like Pirates of the Caribbean and Haunted Mansion before it, Jungle Cruise takes its inspiration from the riverboat attraction at the Disney Parks in California, Florida, Tokyo and Hong Kong. It’s a relatively loose connection, but screenwriters Michael Green, Glenn Ficarra, and John Requa have packed the movie’s first third with enough references to keep fans of the ride happy. I’ve only ridden the Jungle Cruise twice, over twenty years ago, and I still felt the warm glow of nostalgia as Dwayne Johnson’s Frank skippered a group of tourists down the Amazon in one of the films early action sequences.

The script feels as though it was written for Johnson, playing to every one of his strengths, perfectly timed comedy is mixed with fast-wit and swashbuckling action. Set during the early 20th century, the film casts Emily Blunt as Dr Lily Houghton, a British scientist who, along with her brother (Jack Whitehall), recruit Johnson’s riverboat skipper Frank to help find the Tree of Life. Legend tells that said tree possesses healing powers so potent that they could change the future of modern medicine. Along the way, the trio must fend off wild animals, a deadly environment, and a maniacal German Prince determined to find the tree first.

Johnson and Blunt are perfect together; their chemistry feels effortless and provides the film with its beating heart, but it is performances from Jack Whitehall and Jesse Plemons that genuinely stand out. Whitehall plays MacGregor, Lily’s over the top brother who has more wardrobe changes than an Elton John concert and doesn’t know the meaning of packing light. Jesse Plemons shines as Prince Joachim, treading a fine line between ambitious and deranged. He provides the film’s villain, scheming and making deals, always one step behind our heroes, almost getting the better of them in the end. 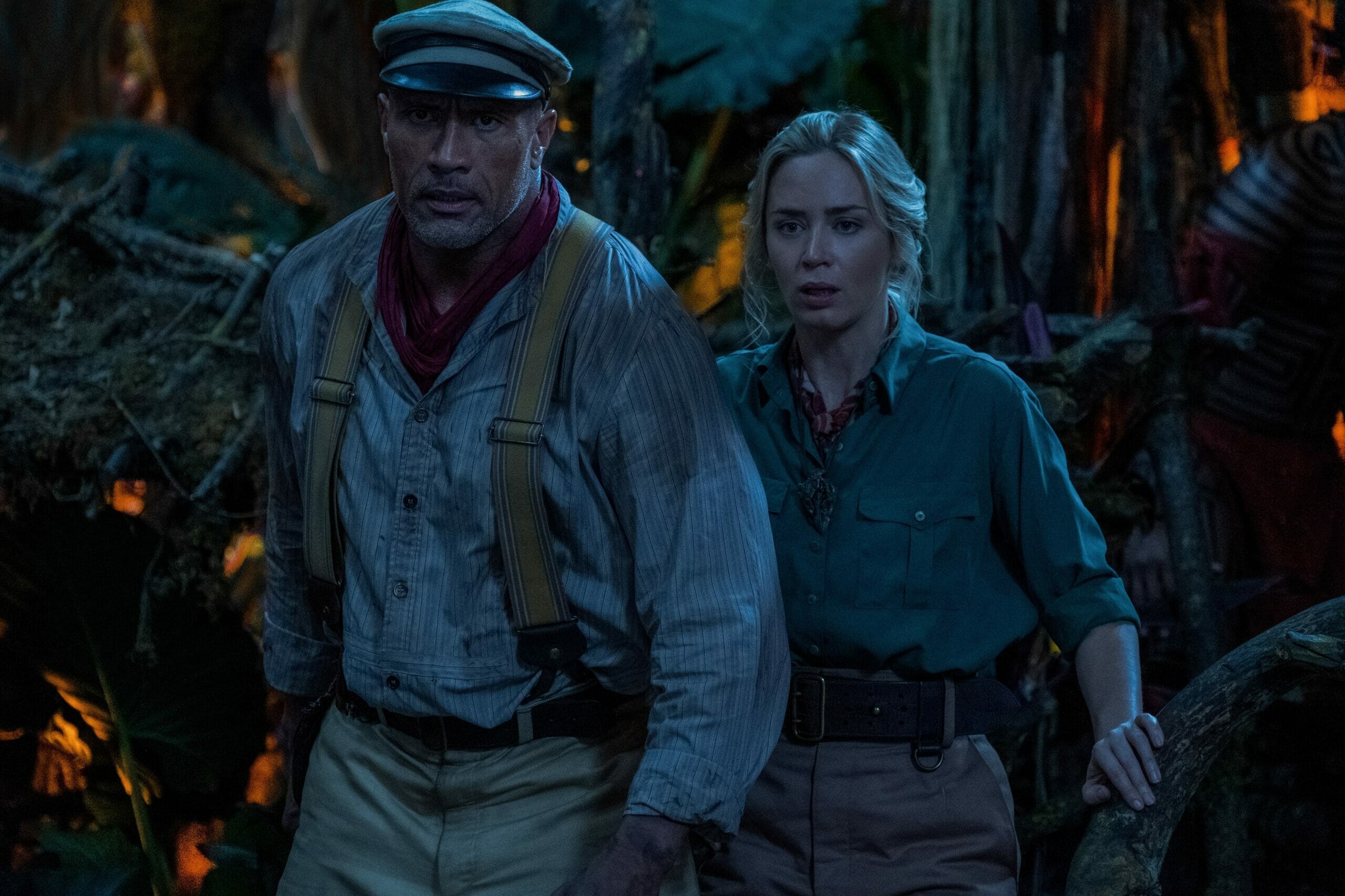 Jungle Cruise is a lot of fun, beautifully scored by James Newton Howard with superb visuals from cinematographer Flavio Labiano. If like me, you grew up on action-adventure movies, then you’re in for a real treat, all the best bits of films like Romancing the Stone, Indiana Jones and Pirates of the Caribbean are here, and it’s certainly the kind of film you’ll enjoy more than once.

Disney has opted for another hybrid release with Jungle Cruise, giving punters the choice of seeing it on the big screen or at home. I’m all for this kind of release, and more choice can only be a good thing in my book. Jungle Cruise is a large scale summer blockbuster, it’s a good old fashioned cinema movie, and you’ll love seeing it on the big screen. That being said, you’ll want to watch it more than once, so paying for it at home is just as good an option too.

However you choose to watch it, Jungle Cruise will entertain you, its brilliant fun and will have you hooked right from its first action-packed scene. 5/5 BIG stars from me, and fingers crossed, this film is the first of many in Disney’s newest franchise.

4 thoughts on “Jungle Cruise Review: It’s Full Steam Ahead as Disney Gives us the Film of the Summer!”