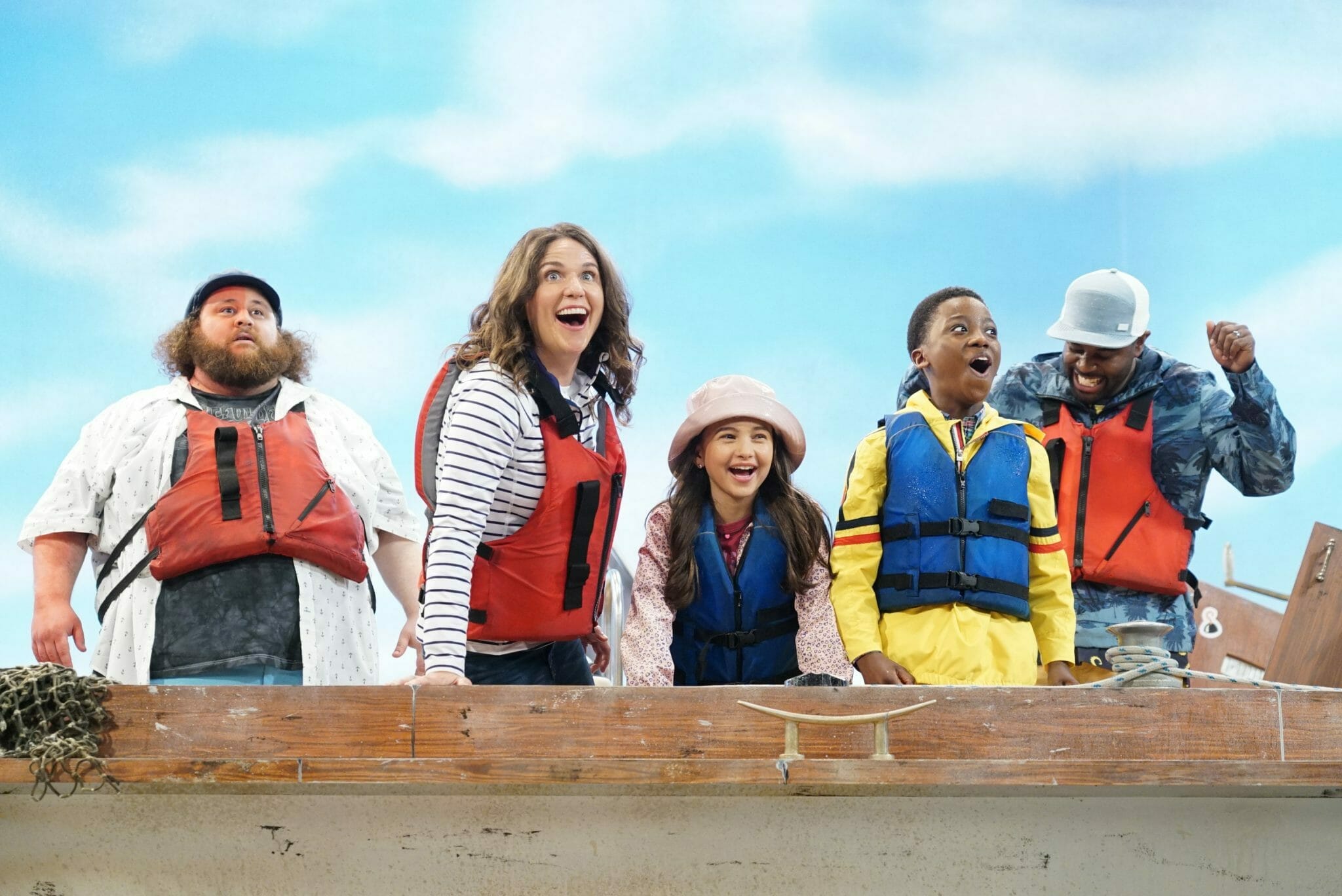 Breaking through the pack, the innovative series “Just Roll With It” combines improvisational comedy with a traditional family sitcom. The series allows a studio audience to vote on the direction of key scenes throughout the filming while the actors are backstage—completely unaware of what’s in store for them. A feat of planning and physical production each episode, the comedy series was created and is executive produced by Adam Small and Trevor Moore (Disney’s “Walk the Prank”) with a production crew led by Skot Bright (Disney’s “Walk the Prank”).

This unique series follows the newly blended Bennett-Blatt family—preteen stepsiblings Blair and Owen and their fun-loving parents Rachel and Byron—as they navigate everyday family life and the ups and downs of adolescence while balancing a household of contrasting personalities. Blair, often a rebel without a cause, is the polar opposite of her very regimented but loving mom Rachel, who is a decorated military veteran and station manager for BEATZ 101 in their hometown of Akron, Ohio. Owen, a model student who thrives when following rules and detailed schedules, tries to manage his creative and charismatic father, Byron, an on-air radio personality on BEATZ 101 who frequently stirs up hijinks with his high-energy co-host, Gator.

As season two begins, the Bennett-Blatts are finally rescued from the sea only to discover Rachel’s mischievous and somewhat unpredictable dad, who relishes in being a doting but unruly Grandpa, has been kicked out of his retirement community and needs to move in with the family.

At unpredictable intervals, unknown to the cast or audience, the scripted action is suddenly interrupted by the sound of a foghorn. The actors are sequestered backstage while the studio audience uses electronic voting devices at their seats to select which of the three comedic scenarios they would like to take place next. After votes are cast, the crew quickly resets and the actors return to the stage to continue the unscripted scene, improvising throughout it. Through it all, the Bennett-Blatts, and the actors who play them, take whatever life—and the studio audience—throws at them … and they “Just Roll With It.”

Season 1 of “Just Roll With It” is available to stream now on Disney+.