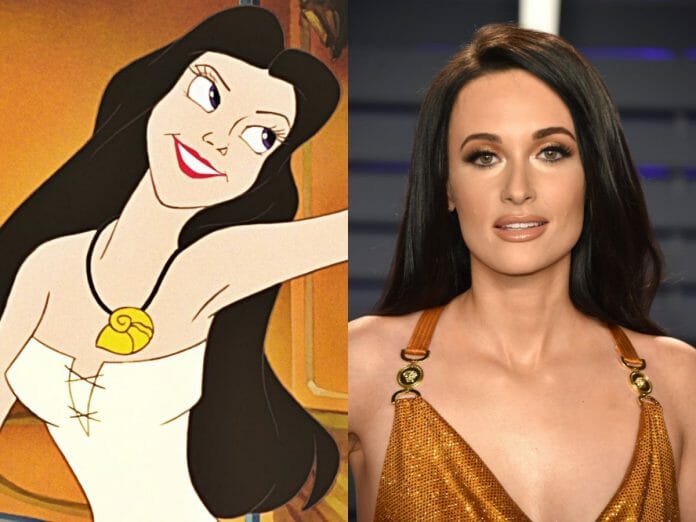 The DisInsider is reporting that Grammy Award winner Kacey Musgraves is in talks to play a key role in Disney’s upcoming live-action The Little Mermaid film.  Their sources say the singer-songwriter has had many meetings via Zoom to play the role of Vanessa, the human persona that Ursula transformed into in the animated movie.

Nothing has been confirmed by Disney, so this is considered a rumor for now.  It’s quite possible that Musgraves was in talks for the role and decided to turn it down or she might even be in talks for a different role altogether.

If Musgraves signs on, she will join an all-star cast that includes Halle Bailey as Ariel, Jonah-Hauer King as Prince Eric, Melissa McCarthy as the villainous Sea Witch Ursula, Javier Bardem as King Triton, Jacob Tremblay as Flounder, Daveed Diggs as Sebastian, and Awkwafina as Scuttle.  The film will be directed by Directed by Rob Marshall (Mary Poppins Returns).

Filming was expected to begin this Summer at Pinewood Studios in London, but due to the COVID-19 outbreak that could be delayed.

The Little Mermaid is scheduled to released on November 19, 2021, but that could be postponed if there are delays in filming.