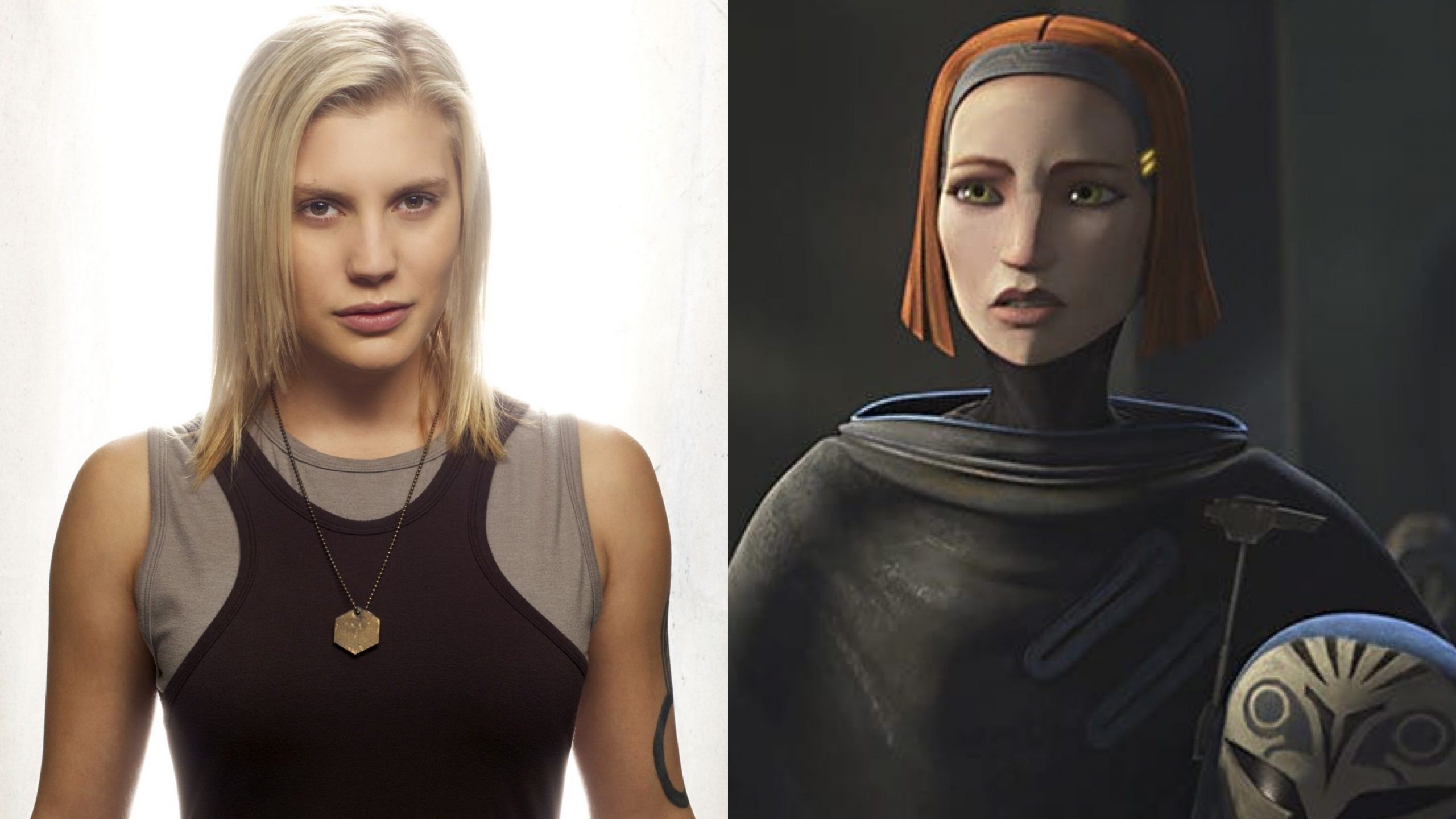 Katee Sackhoff has been cast for season 2 of The Mandalorian. The actress will play Mandalorian leader Bo-Katan Kryze.  Star Wars fans will recognize Sackhoff, as she currently provides the voice for the animated version of Bo-Katan in Star Wars: The Clone Wars and Rebels.

No official announcement has been made by Disney on the matter, but according to SlashFilm, the outlet has confirmed with multiple sources that the actress filmed her role as Bo-Katan back in February, before production was halted due to the coronavirus pandemic.  Sackhoff is one of the few voice actors from the Star Wars franchise to get the chance to play her character from the Clone Wars and Rebels animated series in live-action.

Season 2 of The Mandalorian is set to premiere this October on Disney+. Returning for season two are Pedro Pascal as The Mandalorian, Gina Carano as Cara Dune, Carl Weathers as Greef Karga, Emily Swallow as the Armorer, Giancarlo Esposito as Moff Gideon and Bill Burr as Mayfield. Newcomers to the series include WWE superstar Sasha Banks in an unknown role, Michael Biehn as a bounty bunter from Mando’s past, Temuera Morrison as Boba Fett, and Rosario Dawson rumored to play Jedi Ahsoka Tano.

Two big name directors are also confirmed for season 2.  Robert Rodriguez (Desperado, From Dusk Till Dawn, Machete) and regular Marvel collaborator Peyton Reed (Bring It On, Ant-Man and its sequels) have both confirmed via social media they are indeed involved in the project.