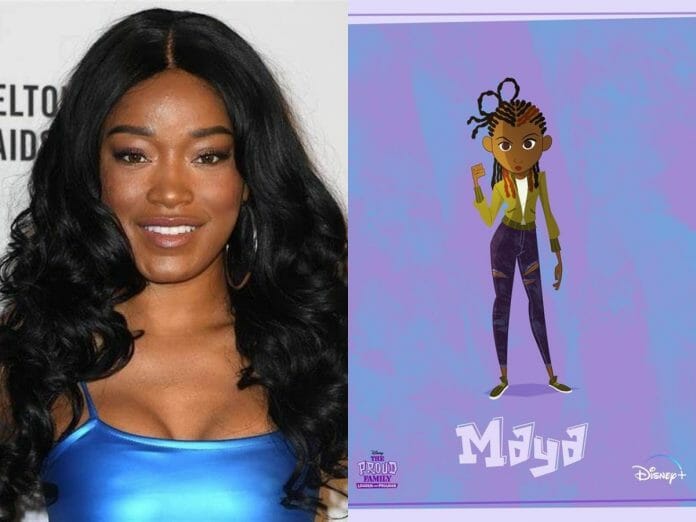 Earlier this year, Disney announced a revival of the hit Disney Channel series The Proud Family.  The original cast is returning for “The Proud Family: Louder and Prouder” along with some new characters too!  Today, Disney+ announced that Keke Palmer will be joining the series as a new character named Maya Leibowitz-Jenkins.  Check out the Tweet below:

Maya is described as a “14-year-old activist” who is “extremely mature for her age” and “relentlessly marches to the beat of her own drum.” She and Penny apparently clash at first but eventually earn each other’s respect.

Louder and Prouder will still follow its central character Penny Proud, and the new series will also include her madcap family: parents Oscar and Trudy, twin siblings BeBe and CeCe, and her grandmother Suga Mama (and Puff!).  Also returning are Penny’s loyal crew Dijonay Jones, LaCienega Boulevardez and Zoey Howzer, among others.