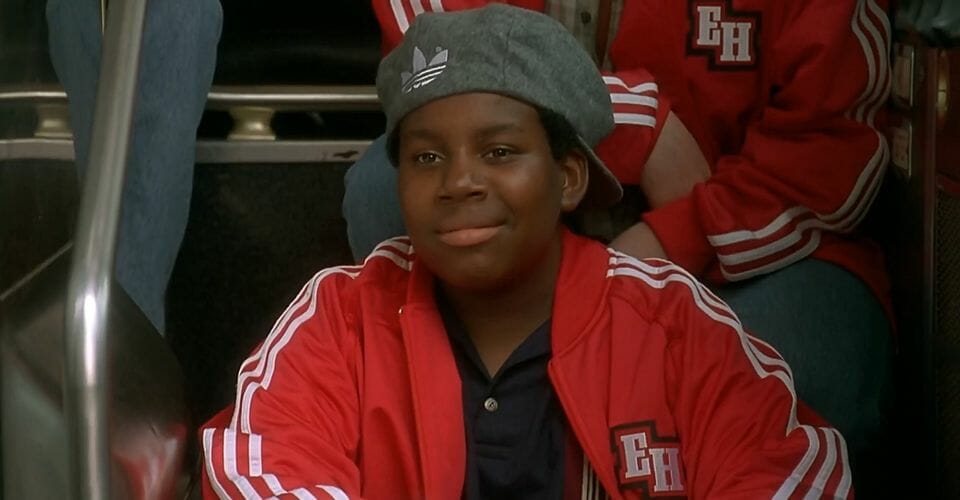 Back in August,  Disney+ announced that “The Mighty Ducks: Game Changers” had been renewed for Season 2. Production on the second season will reportedly begin early next year.

Season 1 of the series saw many of the stars from the original film trilogy return for an appearance but one Duck was noticeably missing. Although not in the original film,  Kenan Thompson was featured in both 1994’s D2: The Mighty Ducks and 1996’s D3: The Mighty Ducks as Russ Tyler.  The actor wanted to appear in the first season of “The Mighty Ducks: Game Changers” but unfortunately due to scheduling conflicts, he was unable to make that happen.  Now, Thompson is hoping to have a cameo in the second season of the series.

Thompson recently gave an interview with TVLine in which he expressed his excitement for returning and he’s still able to skate.  You can see what he said below:

“I would love to do it if they can figure it out,” Thompson notes. “I told [Game Changers showrunner Steve Brill] I wanted to do Season 1, but they ended up having to do it without my participation [due to scheduling]. There’s only one me. I can only be in one place at a time.” When the schedules do align, though, he promises: “I will do my best, because I still can skate.”

Season 1 of “The Mighty Ducks: Game Changers” was set in present-day Minnesota where the events take place after the events of the original films. The Mighty Ducks have evolved from scrappy underdogs to an ultra-competitive, powerhouse youth hockey team. After 12-year-old Evan Morrow (Brady Noon) is unceremoniously cut from the Ducks, he and his mom, Alex (Lauren Graham), set out to build their own team of misfits to challenge the cutthroat, win-at-all-costs culture of youth sports today. With the help of Gordon Bombay, (Emilio Estevez) they rediscover the joys of playing just for love of the game.

Graham and Noon will be back for Season 2 along with the leading cast that also includes Maxwell Simkins, Swayam Bhatia, Luke Islam, Kiefer O’Reilly, Taegen Burns, Bella Higginbotham and DJ Watts.  It was recently revealed however that Emilio Estevez would not return to reprise his role as Gordon Bombay for the second season.

A release date for “The Mighty Ducks: Game Changers” Season 2 on Disney+ has not been announced yet.