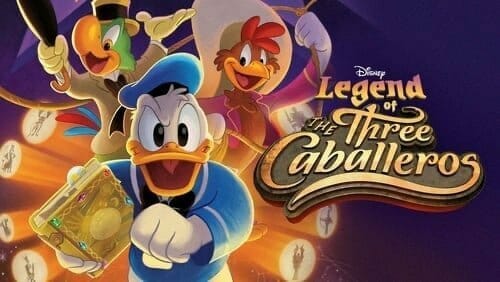 When Disney+ launched in November 2019, “Legend of the Three Caballeros”, officially debuted globally. Previously, the series was released on the DisneyLife app in the Philippines on June 9, 2018, and premiered as a regular television series on Disney Channel in Southeast Asia on January 1, 2019.

Matt Danner, executive producer, has been very vocal asking fans to what the show to increase the chance of a second season. Matt Danner tweeted the following:

Hey Duck Fans! Do you want more #LegendOfTheThreeCaballeros? Of course you do! Spread the word and let Disney+ know how much you like the show. It works! Then you too can be an honorary Caballero!

Matt Danner also tweeted this a few days ago:

Hoooooo boy, Duck Fans! More good news keeps rolling in. I still can’t tell you, but I will VERY SOON!!! Thank you thank you for all your love and support!

We should stress that this isn’t confirmation of a second season by any means but it does sound hopeful.

It’s not the first time fans have to be asked to watch shows on Disney+ to try and increase the chances of a reboot or more seasons of a show. Disney has so much data available to them with Disney+, they can really see where they should be investing in original content.