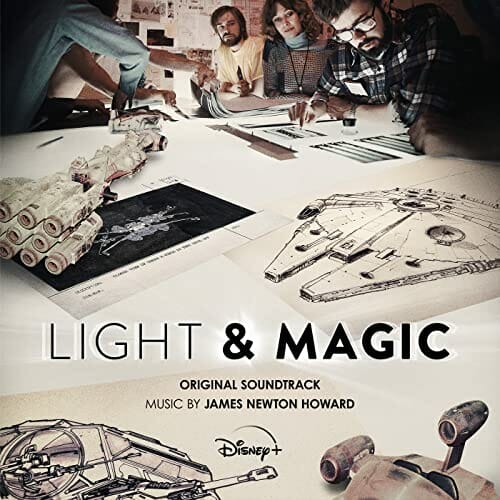 Walt Disney Records will release the soundtrack album for Lucasfilm’s Disney+ Original docuseries “Light & Magic” on Friday, August 26, 2022.  All six episodes of the series are available to stream now on Disney+.

The album features selections of the show’s original music composed by Academy Award nominee James Newton Howard.  Howard has previously worked on The Hunger Games, Fantastic Beasts and Where to Find Them, King Kong, The Sixth Sense, The Fugitive, and Maleficent. Additional music tracks by Michael Dean Parsons, Xander Rodzinski & Tobin Pugash are also on the album.