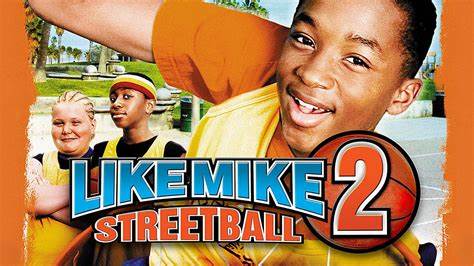 Disney+ has announced the full list of everything coming to the United States in January 2022 including premieres of new Disney+ Original Series, additional episodes of fan-favorite series, and new library title additions.  One of the library titles that will be added to the service next month is “Like Mike 2” which arrives on Friday, January 7, 2022.

In this slam-dunk sequel to the hit film “Like Mike,” those legendary, magical high-tops find their way into the eager young hands of a pint-sized basketballer who dreams of rising to the top of the fast, fun and no-holds-barred world of high-stakes “Streetball!” Die-hard hoops fan Jerome Jenkins Junior gets no respect at the local court, because he’s too young, too slow, and worst of all – too short. But when he puts on a mysterious pair of sneakers, he’s suddenly able to dribble, drive, and dunk like a champ! Jerome’s rise to streetball fame seems unstoppable! But when it threatens to alienate his family and friends, Jerome realizes there’s a high price to pay to be crowned the King of Concrete!