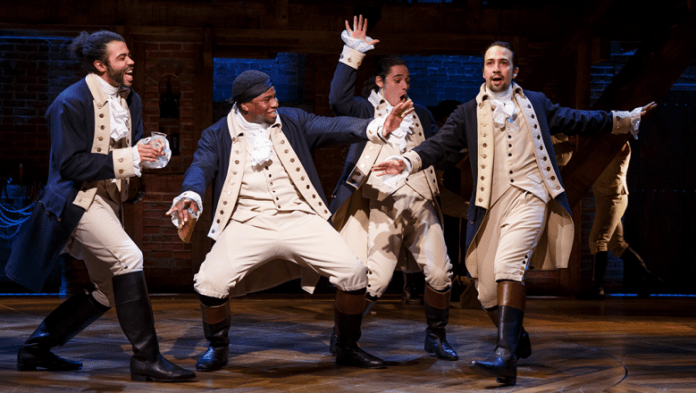 Earlier this year, Lin-Manuel Miranda announced his mega-hit, Broadway smash “Hamilton” would be coming to movies theaters in fall of next year.  Today, Miranda made a surprise announcement on his Twitter account saying his musical would make its debut on Disney+ on July 3, 2020.  You can see that tweet below:

It’s only a matter of time…

According to Deadline, Disney reportedly paid $75 million for worldwide rights for the 2 hour, 40 minute movie.