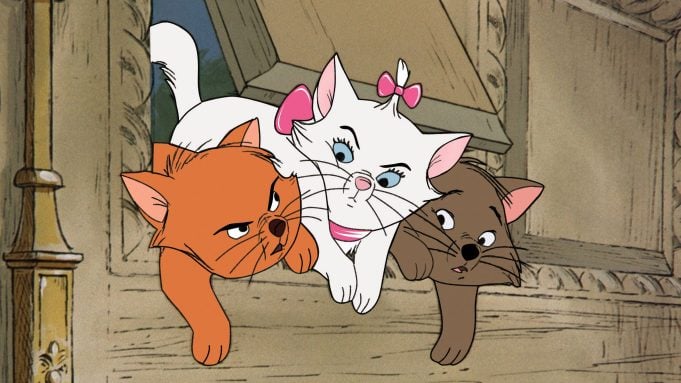 Deadline is reporting that a live-action “Aristocats” film is in early development at Disney.  At this time, it’s unclear if the film is being made for a theatrical release or for streaming on Disney+.

Per Deadline, Based on the 1970 animated pic, the film followed a family of Parisian felines who come to find out they are set to inherit a fortune from their owner. When the owner’s jealous butler kidnaps them and leaves them in the country, they must team up with a smooth-talking tomcat to try to make it back home before it’s too late.

Sources did add that even though its main characters are animals it would have a similar look to the Lady in the Tramp pic that bowed on Disney+ in 2019.

Will Gluck and Keith Bunin will reportedly write the script, with Gluck producing through his Olive Bridge Entertainment banner.