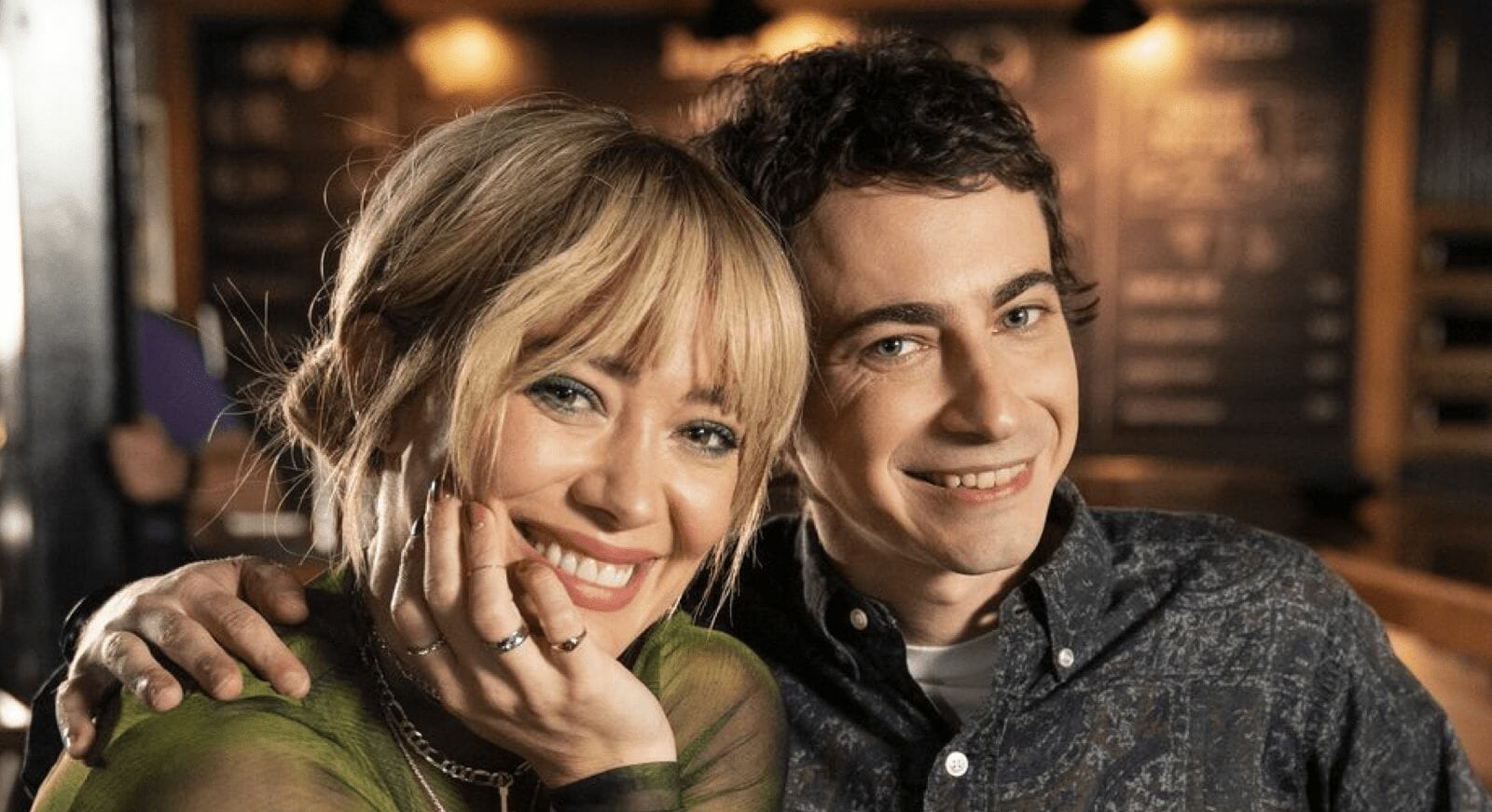 Hillary Duff has officially confirmed that the upcoming ‘Lizzie McGuire’ Disney+ Series has been cancelled.

The reboot series was going to see Lizzie McGuire just about to turn 30. She seemingly has it all – her dream job as an assistant to a fancy New York City decorator, her dream guy and a picturesque Brooklyn apartment – but things aren’t always as they seem. With a little help from her friends, her loving family and her 13-year-old alter-ego in animated form, Lizzie navigates the ups and downs of adulthood.

Even the original cast were returning with Hallie Todd, Robert Carradine and Jake Thomas set to reprise their roles as Jo, Sam and Matt McGuire. 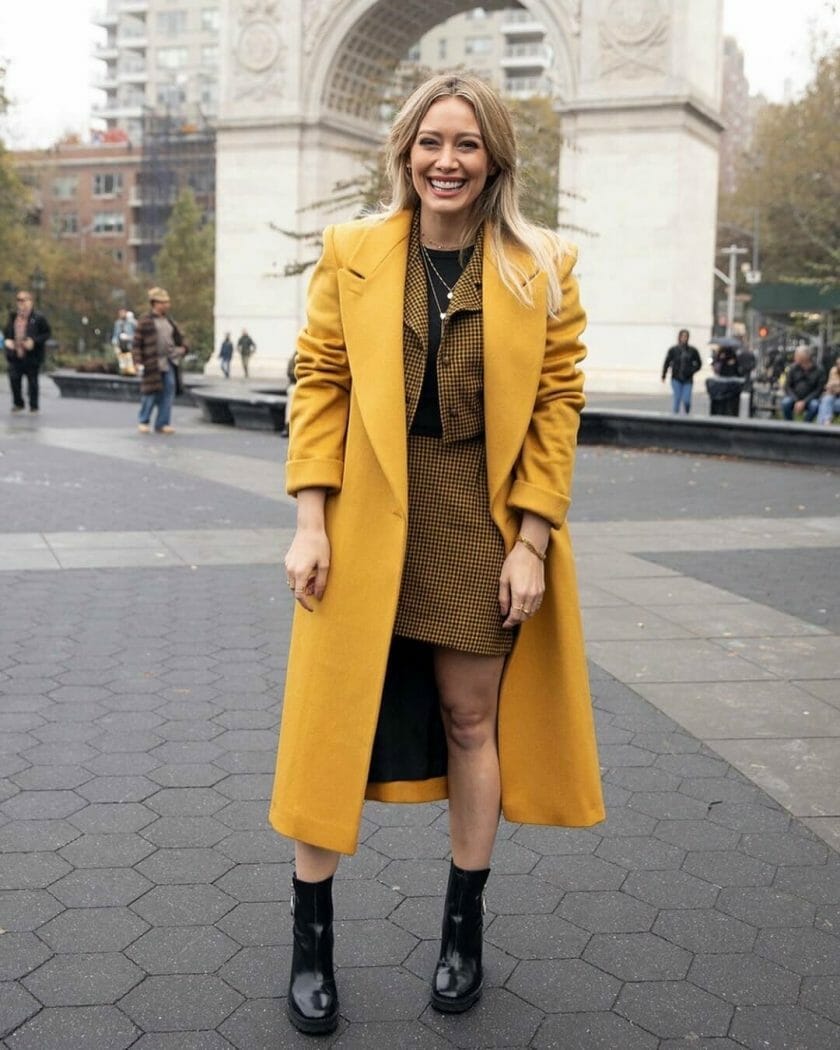 Production on the new Lizzie McGuire series for Disney+ began in November 2019, but came to a screeching halt in January after only filming 2 episodes. News broke that series creator and showrunner Terri Minsky had been abruptly fired. At that time, sources said Minsky and Duff wanted to do a more adult version of Lizzie McGuire for the reboot, while Disney wanted a family-friendly show that was more like the original series.

Hillary Duff called out Disney publicly and asked for the show to be moved to Hulu instead, allowing the series to have more adult themes.

It appeared that Disney and Lizzie McGuire team worked things about, but due to Hillary going on honeymoon, Covid-19, and Hillary being pregnant, the show continued to get delayed. There was talks that Zoom meetings were happening during lockdown to get the show back on track.

Hillary Duff announced on Instagram today that the series won’t be moving forward. 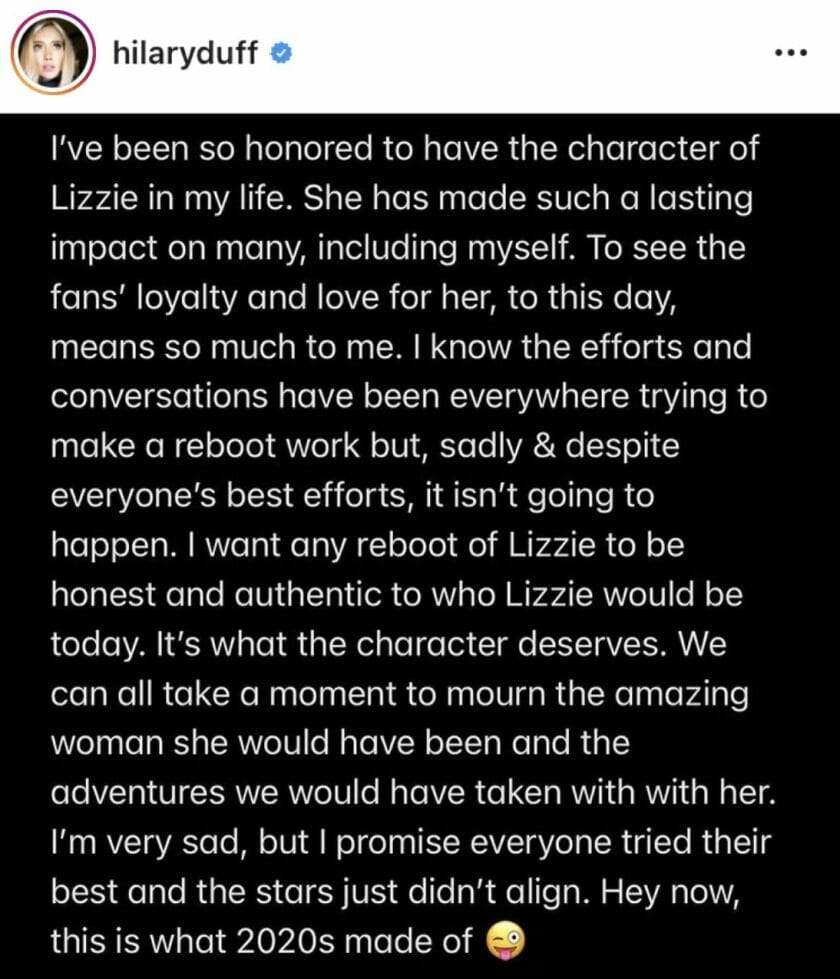 It’s possible that Disney and Hillary may pick this up in the future, but for now at least, the show is cancelled.