Skip to content
Home » Blog » Loki Episode 2: All of the Easter Eggs and References We Noticed 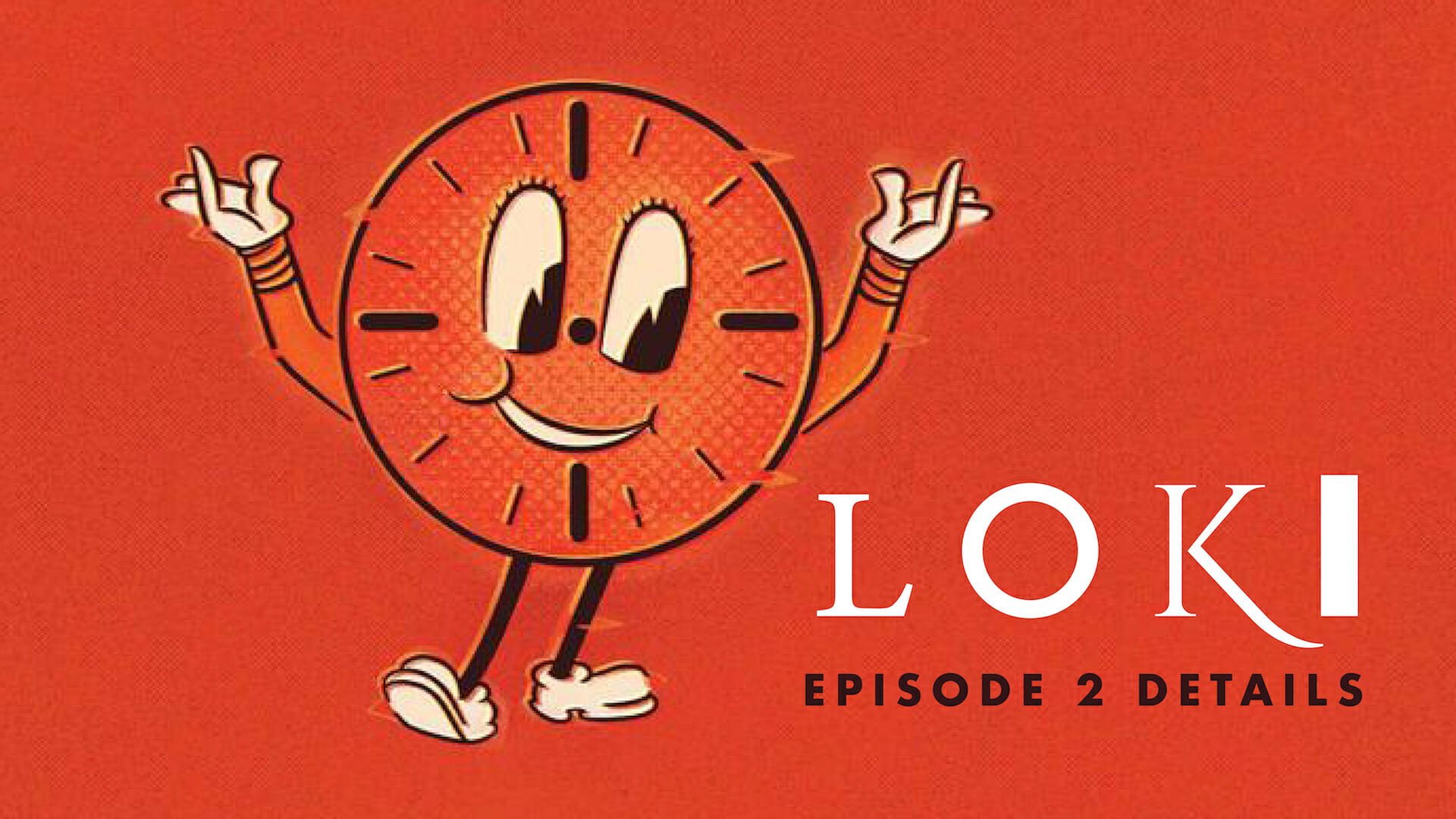 Loki goes in search of himself, literally and figuratively, this week in another episode packed full of details, Easter eggs and obscurer references. Here’s what we noticed in Episode 2 of Loki.

Before we get into it, there are spoilers for episode 2 of Loki ahead; if you’ve not yet seen it, bookmark this post and come back to it once you have.

Oshkosh, Wisconsin
The beginning of the episode sees the TVA tracking the Loki Variant to a renaissance fair in 1980s Wisconsin, more specifically the town of Oshkosh. There’s a nice comics reference here, as Oshkosh is the hometown of long-serving and widely-respected Marvel comics writer and editor Mark Gruenwald. Responsible for creating characters like US Agent and writing what is considered the best run of Captain America comics, Greenwald’s appearance was actually the inspiration for the character Mobius M. Mobius.

Mobius’ Magazine
When Loki is reading Mobius’ jet ski magazine, you can see it is “Volume 26. Number 4.” In Thor Issue #262, Loki rules Asgard and the character Enchantress makes an appearance – more on her later.

Loki Variants
Mobius shows Loki some of the Variants that the TVA have come across. We see amongst others a full-blooded Frost Giant Loki, with blue skin, seemingly embracing his heritage as a Frost Giant; A Viking Loki, and a yellow jersey Tour de France wing Loki.

More numbers
As Loki is assigned to library duty, the number 372 can be seen in the background. This could be a nod to the 1986 issue #372 of The Mighty Thor, in which the TVA’s Justice Peace plays a major role. The comic is also one of the rare occasions that a TVA member appears on a Marvel front cover.

Sev7n
As Loki is getting files from the library, Bach’s “Orchestral Suite No. 3 in D Major” can be heard playing. This is a nod to the movie Seven, in which the same piece of music plays when detectives Mills and Somerset are in the library. Loki director Kate Herron confirmed this detail earlier in the week.

Ragnarok
Whilst going through files, Loki comes across one detailing the Asgardian Apocalypse. The TVA paperwork mentions “Ragnarok” by name, listing the death toll at around 10,000 and that the event was part of the Time-Keepers’ sacred timeline.

The Revengers
The same Ragnarok file mentions “The Revengers.” This was the name Thor came up with for the team he put together to defeat Hela. It was a comedic moment during Thor Ragnarok where Thor referenced his fellow Avengers, but, interestingly, the TVA recognises the Revengers as a proper team name.

Loki the GOAT
Loki and Morbius travel to Pompeii to test out the apocalypse theory. The theory states that they have to do something that would usually impact the timeline, but because it happens just before an apocalyptic, it doesn’t impact the timeline. Mobius suggests bird noises, but Loki goes a step further by freeing some goats and announcing (in Latin) that everyone will die when the now-famous volcano erupts. Loki referring to the goats as his “horned friends” feels like a reference to his helmet, the one with the bendy horns. What’s also a nice detail is the speech that Loki goes into in Latin. Tom Hiddleston studied Classics at university, graduating with the highest honours possible, so this scene feels like it was written perfectly for Tom.

Never truly good or bad
While deep in discussion with Mobius, Loki asserts that no one is ever truly bad, and no one is ever entirely good. This feels like a direct reference to Loki’s adoptive father, Odin. The king of Asgard was held in high regard, often put on a pedestal by those in Asgard and beyond. Later on, though, it was discovered that he was a liar and conqueror who history remembers far too fondly.

Roxxon
When Loki and the TVA travel to the future to pursue The Variant, they find themselves in a Roxxcart shopping mall in the middle of a hurricane. It is almost certain that Roxxcart is linked to Roxxon, the fictional energy corporation from the Marvel Universe, who are responsible for a host of evil, money-grabbing scenes. Roxxon has made an appearance in the MCU already, in the Ironman movies, but has yet to play a significant role.

Looking up to the sky
Loki and the TVA arrive at the Roxxcart shopping mall in the middle of a thunderstorm; as they approach the entrance, Loki turns and looks up at the sky. The moment is brief but feels very deliberate. The last time this Loki was in the middle of a thunderstorm was just after the Avengers had taken him and Thor appeared to return him to Asgard. “What’s the matter, afraid of a little lightning?” “I’m not overly fond of what follows” Was Loki expecting Thor to arrive?

Lady Loki
At the end of the episode, the big reveal is Sophia Di Martino’s Lady Loki being revealed as the variant antagonist. In the comics, Lady Loki debuted in 2008 after the destruction of Asgard. Although technically a rebirth of Loki’s spirit occupying a new, female body, Lady Loki was a continuation of the original character. There have been other versions of female Loki in the comics, and Marvel Studios have been known to adapt characters, but something doesn’t feel quite right about Lady Loki being a variant of our Loki.

Sylvie?
MCU fans know to sit through the credits, but it seems that they should be looking a little deeper and watching the foreign credits. In the Spanish credits, Lady Loki is actually listed as “Sylvie” Is this a possible reveal that Sophia Di Martino’s character is actually Sylvie the Enchantress, whose powers were given to her by Loki.

More numbers
The helmet on Ravonna’s shelf has “A-23” printed on it. This is a reference to Avengers Issue #23, which contained the first appearance of Ravonna in the comics.

1 thought on “Loki Episode 2: All of the Easter Eggs and References We Noticed”