Skip to content
Home » Blog » Loki Episode 5: All of the Easter Eggs and References We Noticed 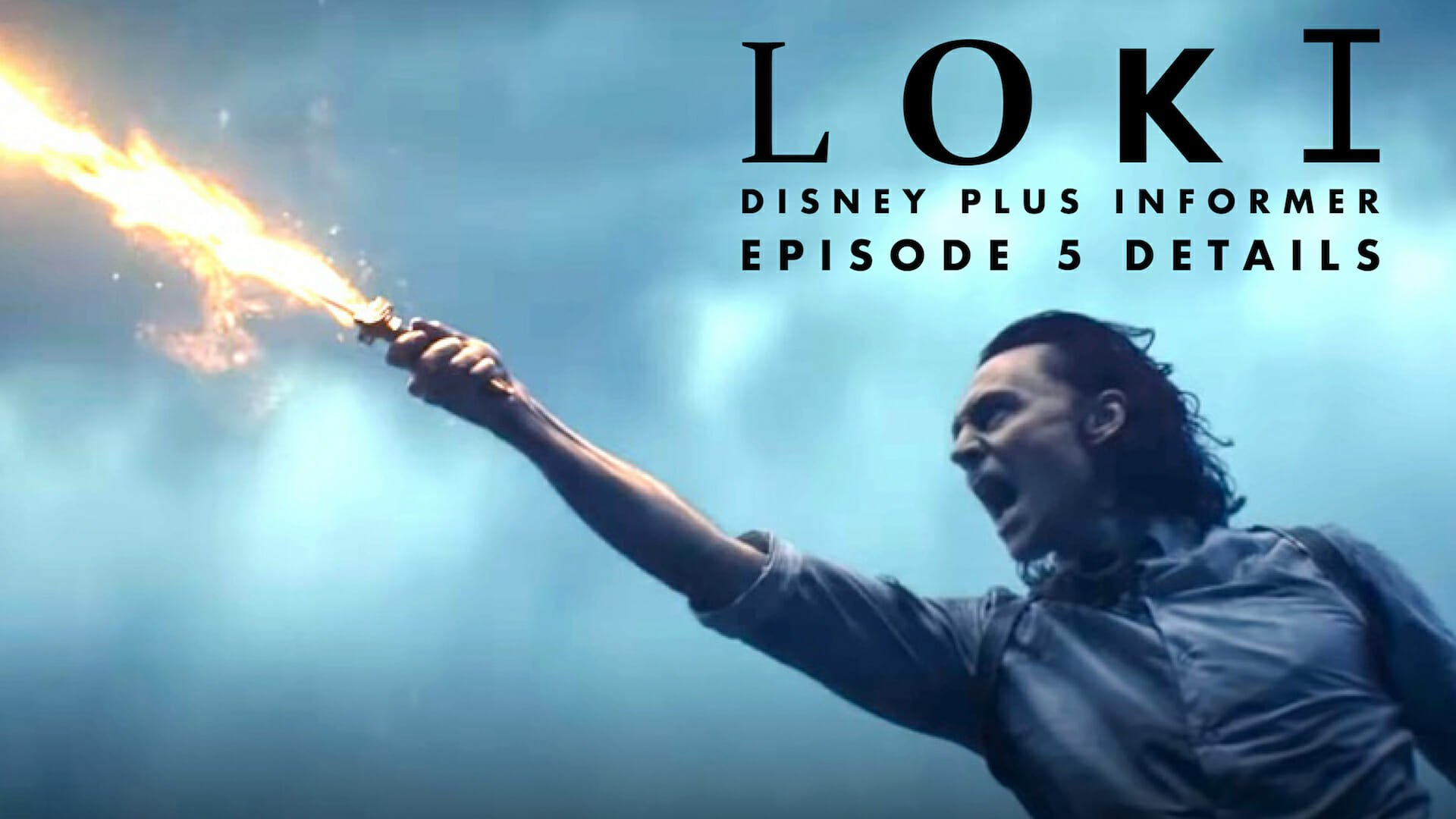 This article contains spoilers for Loki episode 5 and the wider MCU. If you haven’t yet seen the episode, bookmark this post and return to it once you have.

Loki episode 5, “Journey into Mystery”, sees the God of Mischief exiled to a place that is crammed full of Marvel Comics Easter eggs, MCU callbacks and real-world references. There is a lot to cover, so settle in as we break down everything we noticed this week. 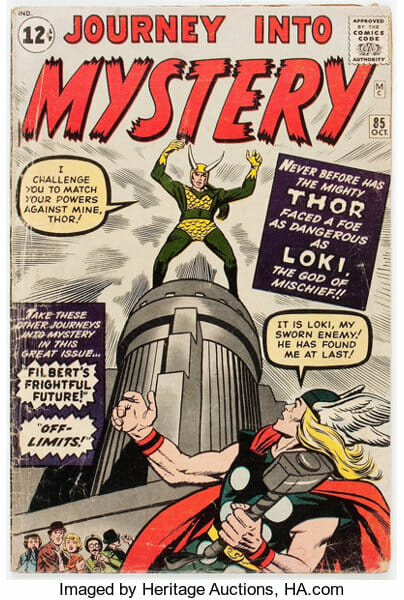 If you’ve followed our coverage of Loki or are familiar with the comics, you’ll already know that Journey Into Mystery was the book that first introduced the Marvel Comics version of Thor, shortly followed by Loki, with art by Jack Kirby and Steve Ditko. The title was eventually renamed Thor, as the Asgardians became the primary focus of the book. Journey Into Mystery was revived a few years ago and focused on the adventures of Kid Loki.

The episode opens with a sweeping shot through the hallways of the TVA, and the camera work feels very similar to some of the ‘dutch angles’ used by director Kenneth Branagh in the first Thor film. A Dutch angle, also known as Dutch tilt, is a type of camera shot that involves setting the camera at an angle so that the shot is composed of vertical lines. Branagh used these shots in Thor a lot, stating that the style of comic books inspired them.

During the same sweeping shot, we get a look at the TVA’s timeline monitor. It features the location of Oak Island, Nova Scotia. That location holds historical significance as it has been rumoured since the 18th century to be where various artefacts are buried—everything from the Ark of the Covenant to Shakespeare’s lost manuscript and even the Holy Grail. Nothing has ever been found there, but that has never stopped people from looking.

The realm where Loki wakes up after being pruned is called The Void. In the comics, the Void is a dark entity that murdered Loki during the Siege storyline. It was this that ended up facilitated his rebirth as Kid Loki. 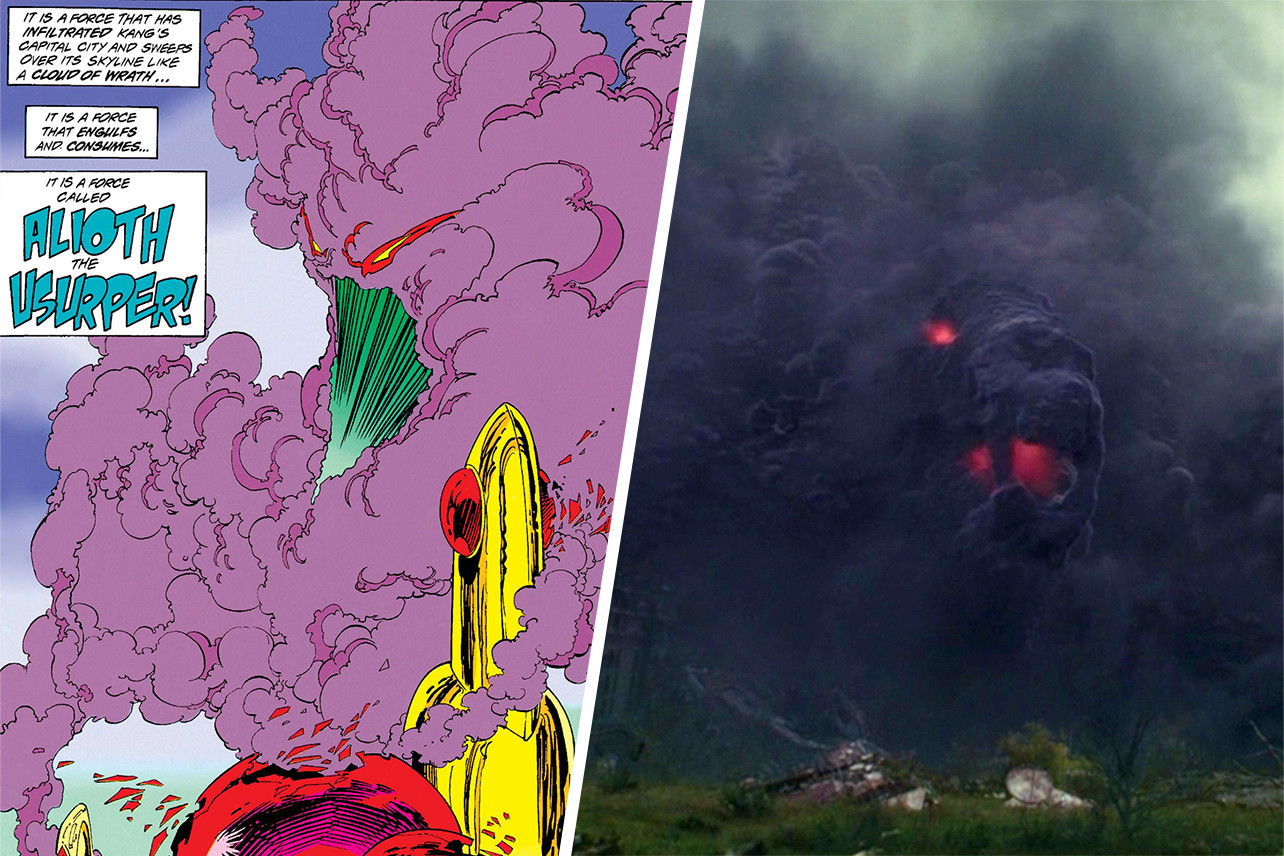 Alioth first appeared in Avengers: The Terminatrix Objective #1, the same 1994 comic that features Kang the Conquerer as its villain. 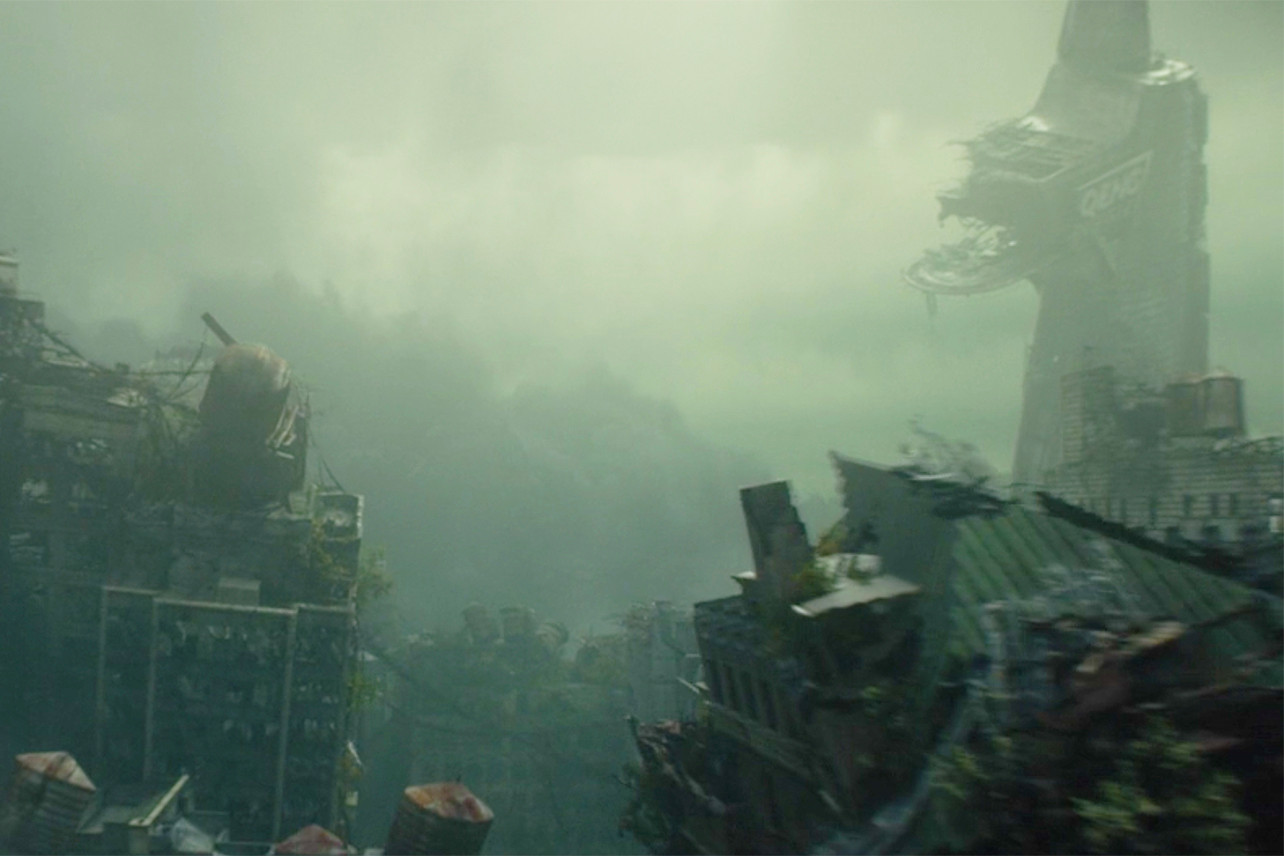 During the mid-credits scene of episode 4, we were given a glimpse of what appeared to be a destroyed Avengers Tower in the New York skyline. Fans have spent the week discussing what this could mean for the show and how it ended up in such a state. This week, we got an answer, kind of. In a sweeping shot through the Void, we get a good look, and the tower is shown to be Qeng Tower, the headquarters of Qeng Enterprises. In the All-New, All-Different Avengers comics, Mr Gryphon is introduced as the CEO of Qeng Industries, an organisation that Tony Stark mistakenly sold Avengers Tower to. What is significant to the story here, though, is the true identity of Mr Gryphon. The mysterious CEO turned out to be one of many different versions of Kang the Conqueror created due to a glitch in the timeline, a theme that has been at the heart of Loki’s conflict-filled storyline.

If your eyes were drawn to the “Avengers’ tower, then you probably missed another historically significant building, The Lighthouse of Alexandria. One of the seven Wonders of the Ancient World, that was at one time was the tallest man-made structure was found in ruins in the Mediterranean Sea in 1916 with the rest of the Port of Alexandria.

Alongside what appears to be a UFO is the shipwreck of what looks like the Mary Celeste. The mysterious ship was found deserted in 1872, and to this day, no one knows what happened to its crew. 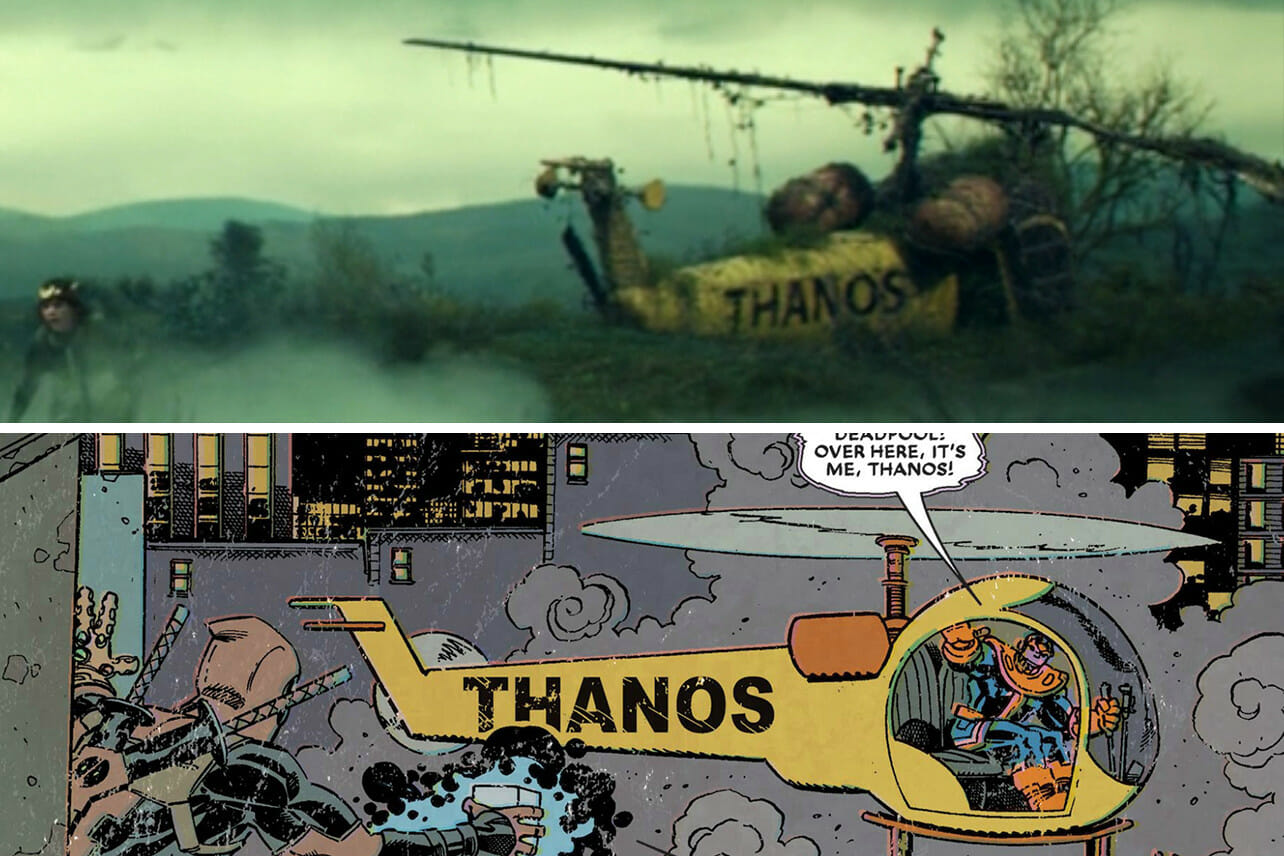 As the Loki variants make their way underground, we see the wreckage of a helicopter with “THANOS” on the side. This is a reference to Spidey Super Stories #39 from 1979. The comic featured Spider-man and Hellcat taking on Thanos, who was hunting down the Cosmic Cube. He flew around New York in a helicopter, which had his name on the side. The Thanos copter has become a joke within the Marvel Universe, featuring in Deadpool. Even Thanos’ spinning two-sided blade weapon from Avengers: Endgame has been considered a reference to the copter. 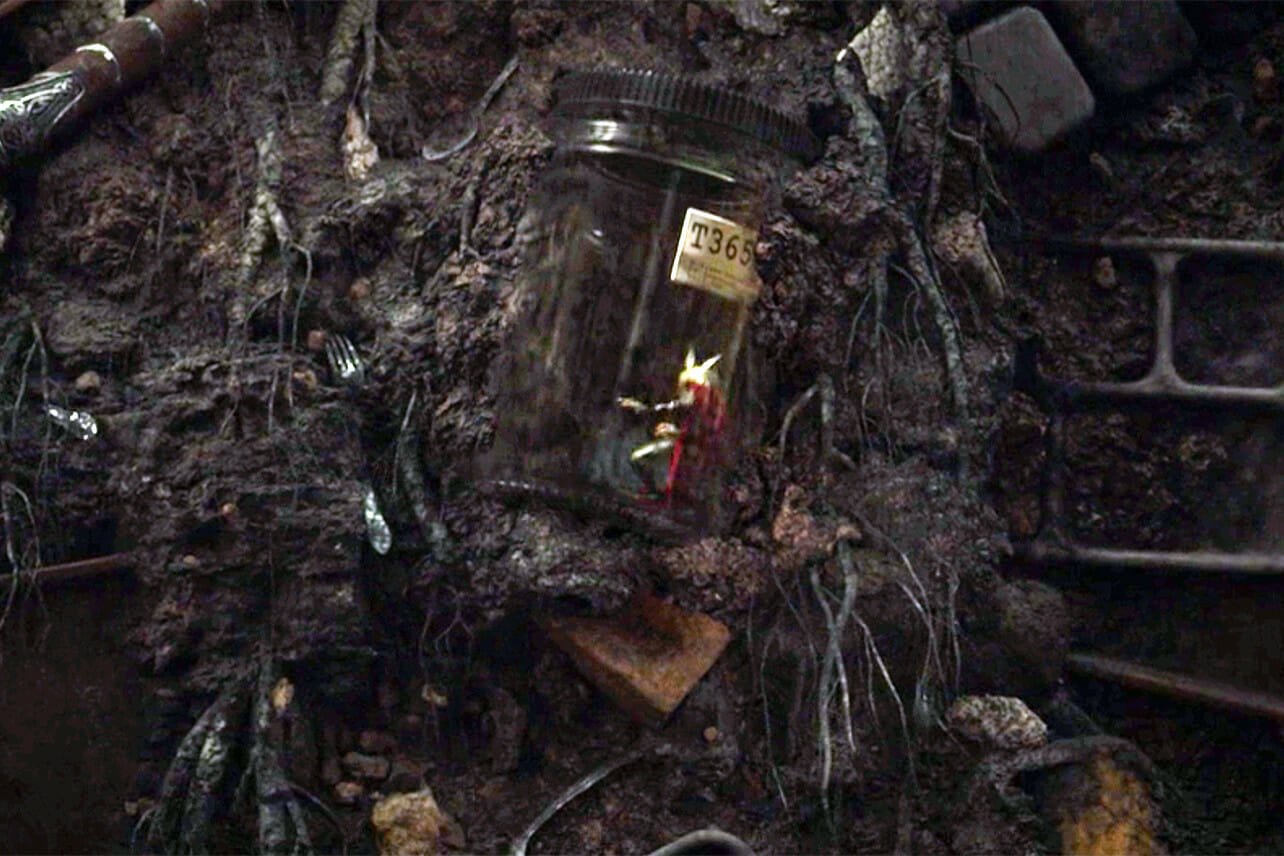 As we’re taken down into Kid Lok’s bunker, we see Thor’s hammer mjölnir; right underneath it is a jar containing a hopping frog dressed as Thor. The label on the jar reads “T365”, which references Thor #365, which is the issue where Loki turns Thor into a frog. It sounds like a silly storyline but is actually a very well written arc by Walt Simonson that sees frogs go to war with rats, which is used as a metaphor for gods at war. Just read it, you’ll enjoy it. The angry frog trying to escape the glass jar is similar to Thor being tricked into the glass cell in The Avengers film. I’m pretty sure the audio is the same too, check it out. 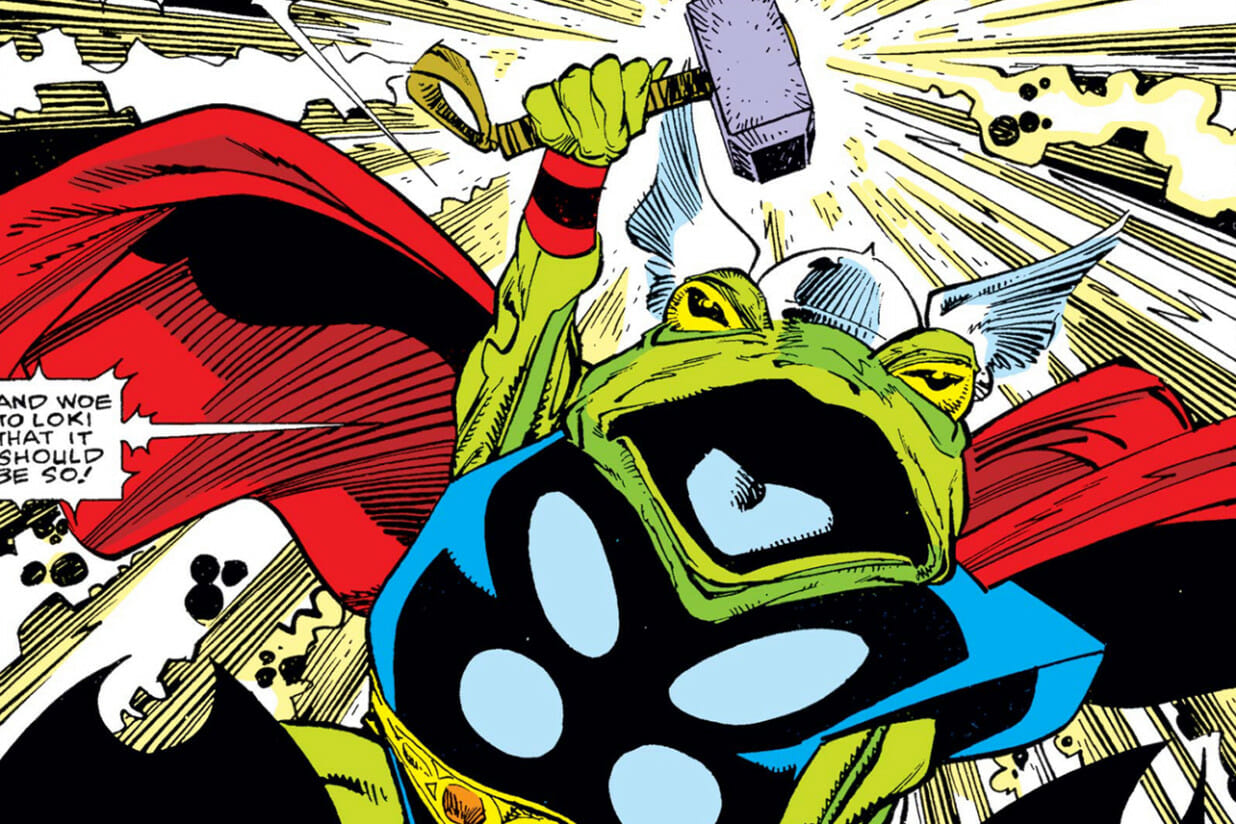 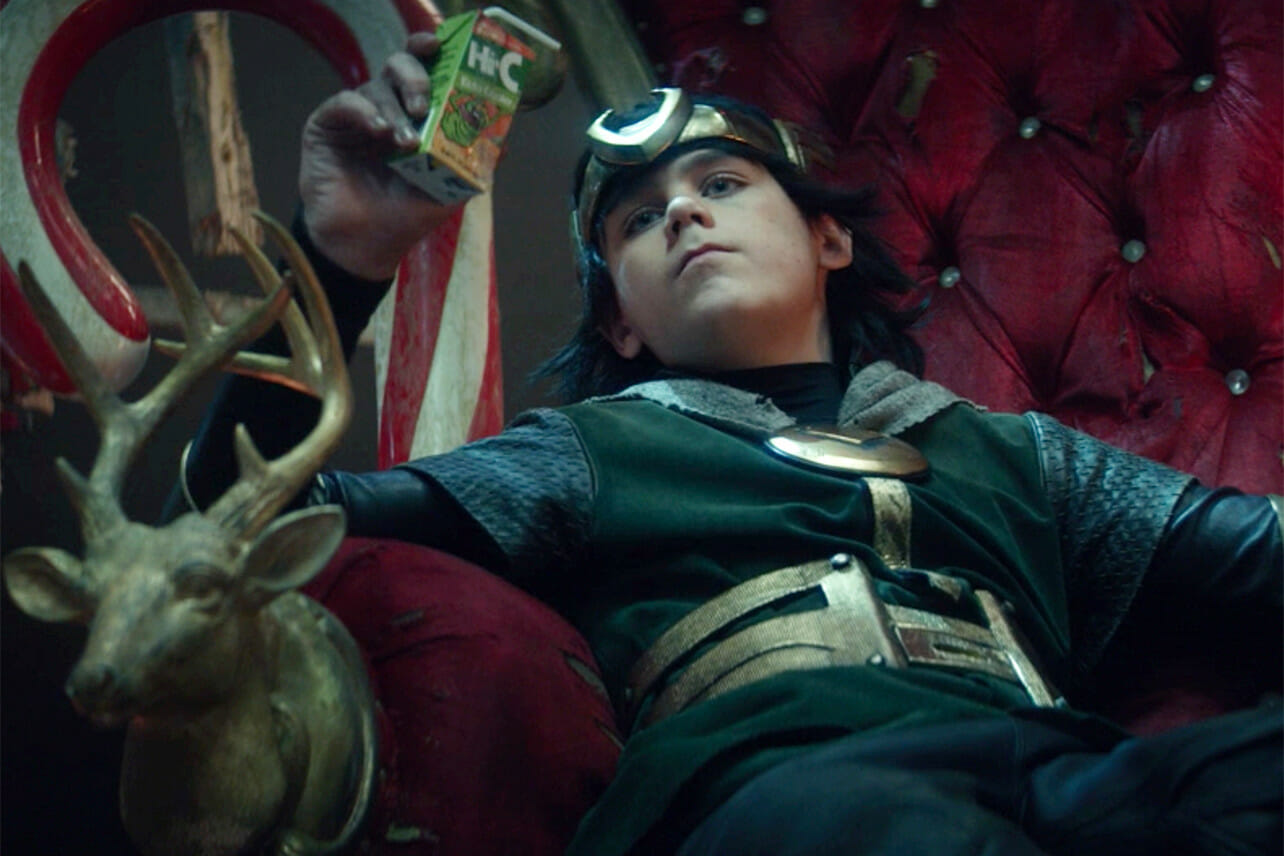 While the Loki Variants are seen drinking wine, Kid Loki is seen drinking a carton of Hi-C Ecto Cooler. The real-world citrus drink was a tie-in to The Real Ghostbusters cartoon of the 1980s and remained on sale until 2001. Ecto Cooler briefly returned in 2016 to coincide with the Ghostbusters reboot. This is the third discontinued real-world soft drink that has featured in the Loki series. 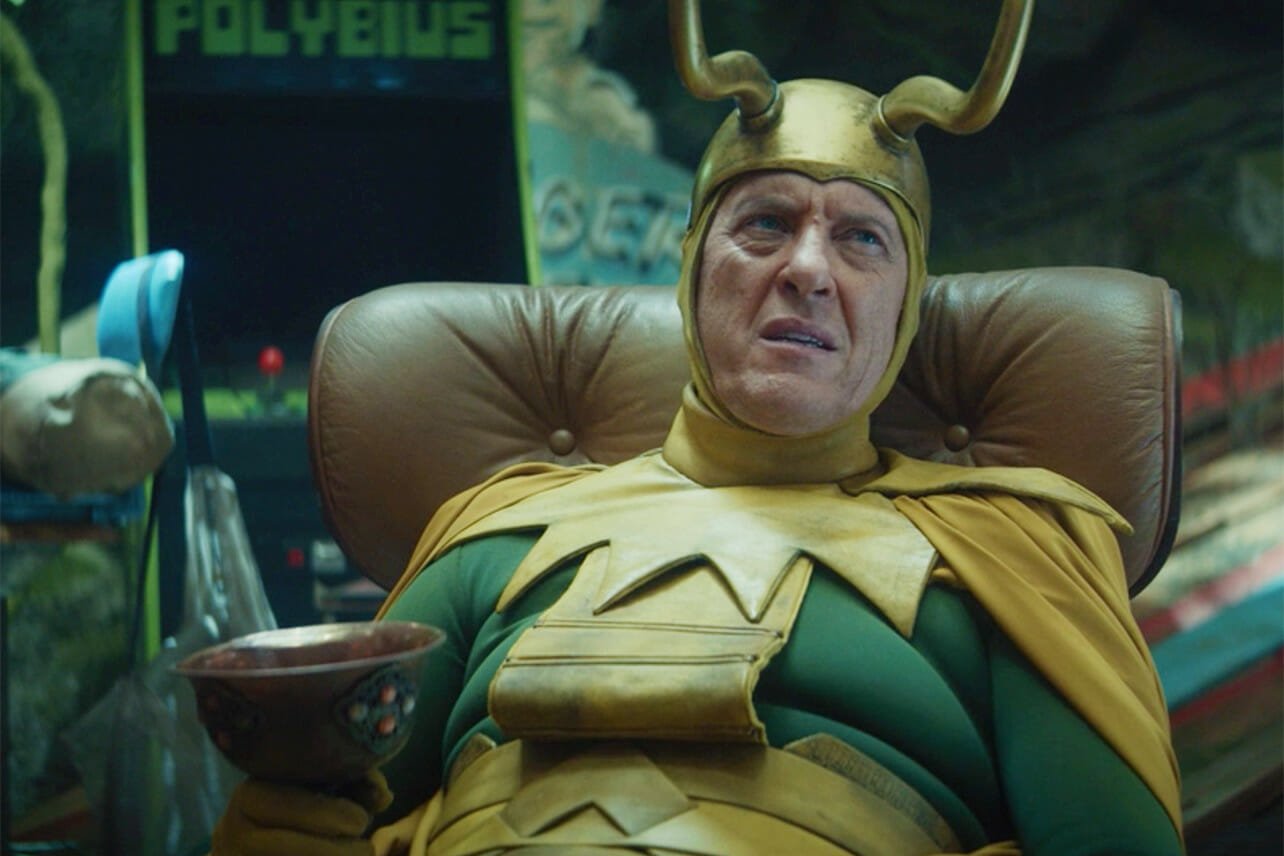 In the background of Loki’s underground bunker, we can see a Polybius arcade machine. Polybius is a long-running urban legend. The story goes that back in 1981, an arcade game was set up in Portland, Oregon. The game was so addictive that it caused people to break into fights and gave its players some pretty horrible side effects. It’s thought that the game was planted by the CIA as a mind-control experiment, with ‘men in black’ coming to collect records from the machines. The same men then took all of the games away, overnight and nothing was ever mentioned again.

Space Mission is a real pinball machine that hit arcades in the mid-70s and can be seen in the bunker.

The Loki we see leading the coalition of Variants who arrive to take over the bunker is modelled almost exactly on the version of the Marvel comic ‘Vote Loki’. In it, Loki runs for President, with a ridiculous campaign based on the honest deception of lying to the American people. 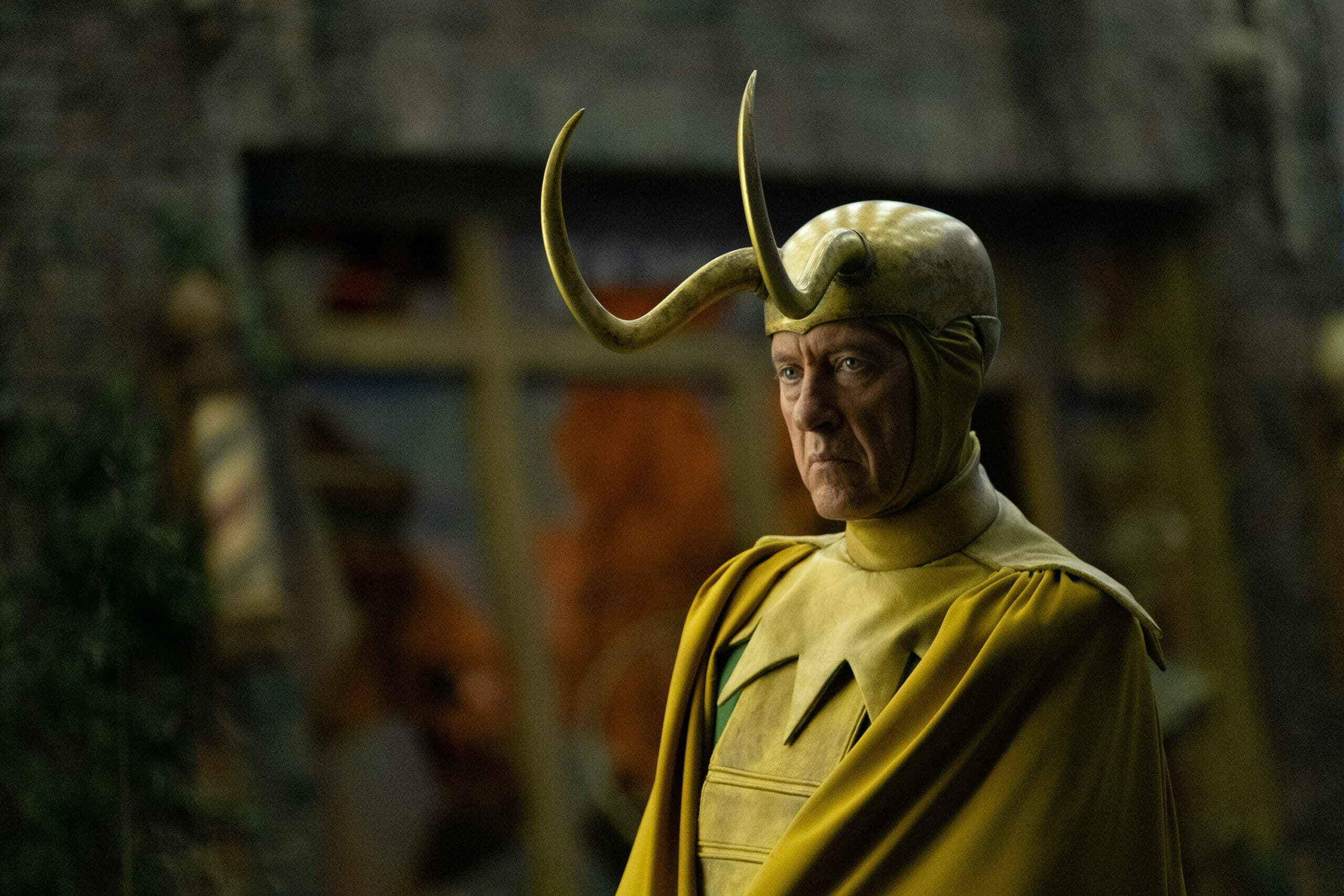 Richard E. Grant shone as Classic Loki, complete with the comics-accurate costume drawn by Jack Kirby in Loki’s first appearance. This version of Loki, it seems, is what would have happened if our Loki survived the first scene of Avengers: Infinity War. He did so by making Thanos kill a duplicate of himself while he hid amongst some debris. He went into hiding, growing old alone. Grant seemed to be having fun in the yellow and green costume. This Variant Loki was a master of projection, helping our Loki and Sylvie by distracting Alioth by conjuring up a life-sized Asgard before sacrificing himself, which should have been his fate in the sacred timeline.

Classic Loki’s line about ‘the god of outcasts’ comes from 2019’s Loki #3, by Daniel Kibblesmith and Andy McDonald:

“I am Loki, God of outcasts. They see themselves in me and I in them. All of us, alone together. It’s why my stories always end with someone trying to put me in a box and begin with a spectacular escape.” 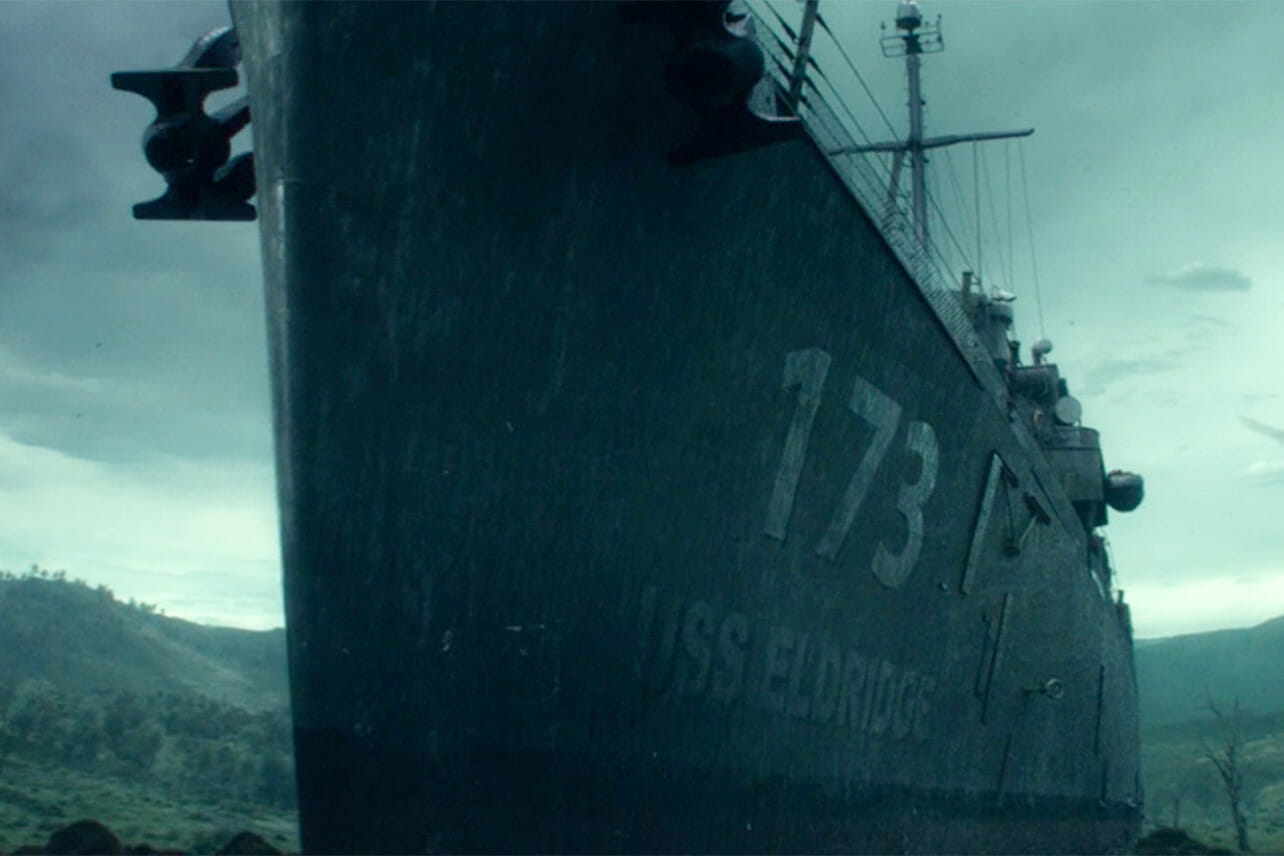 The USS Eldridge was a real destroyer in the US Navy in service from 1943 to 1992. It was sold for scrap after being decommissioned, but Loki suggests that it was involved with an unwanted variant in the sacred timeline. There were rumours that the ship was a subject of the “Philadelphia Experiment” to render it invisible to the human eye. Although, logically, that story is almost certainly a hoax. 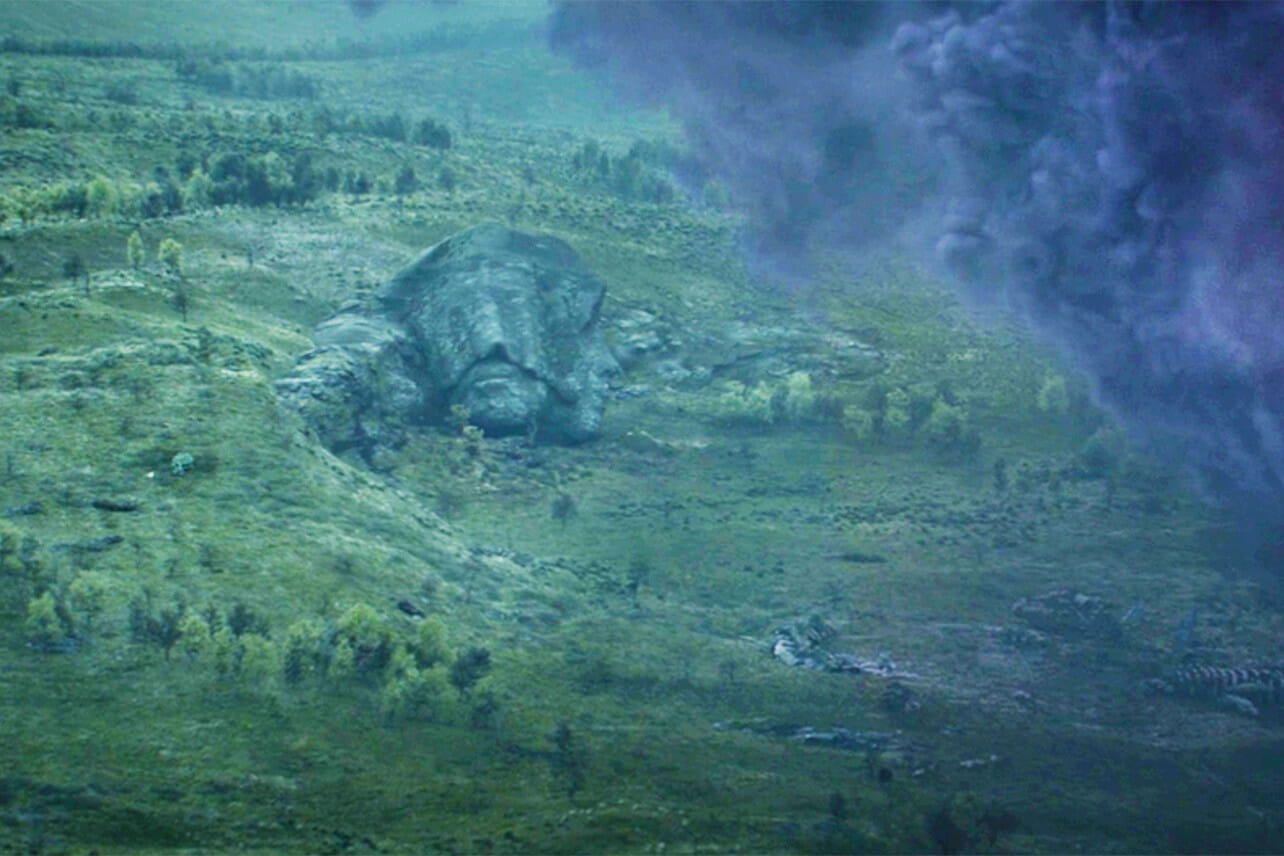 Lying on the ground in the Void, there is an enormous severed head, which looks exactly like that of The Living Tribunal, a cosmic entity created by Stan Lee and Marie Severin in 1976. The Living Tribunal’s purpose for being is predicated on the existence of the multiverse, which means that the TVA is trying to cut all ties and evidence that the multiverse is already out there. 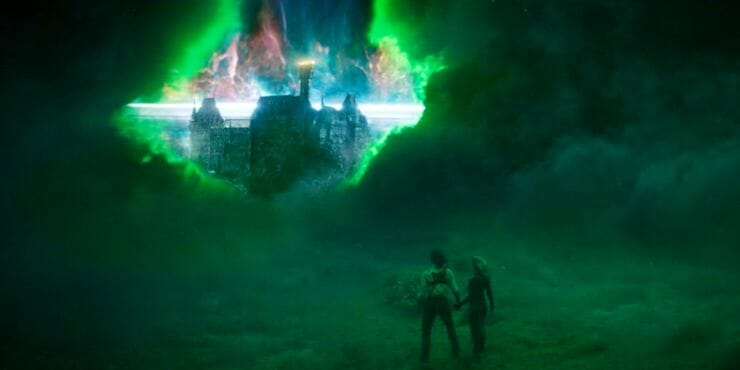 As Loki and Sylvie gain mind-control over Alioth, we see in the distance a castle that looks like it could be Castle Limbo, home of Kang the Conqueror. 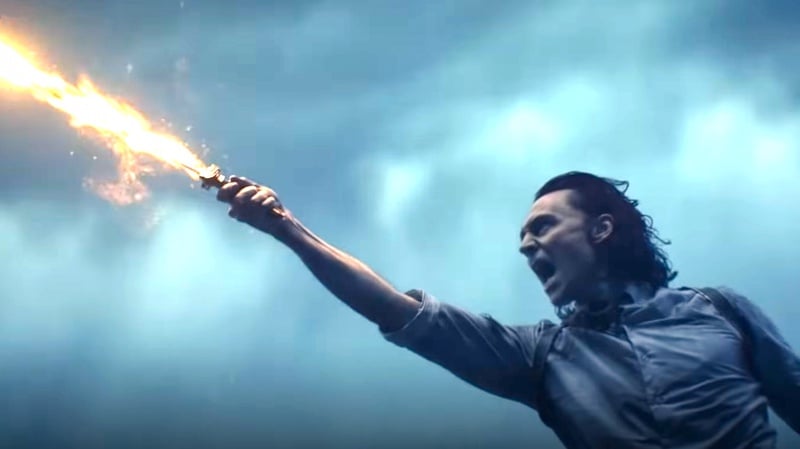 Kid Loki gives our Loki a sword, which turns out to be Laevateinn, the flaming sword he wields in the Loki: Agent of Asgard comics.

Mobius is seen driving a station wagon with a slice of pizza on top, which immediately brought the famous Pixar Easter egg to mind. It’s a stretch. Still, the car does have serious Pizza Planet truck vibes, and it can’t be a coincidence that Lightning McQueen himself was driving it.

Oswald and the Martians 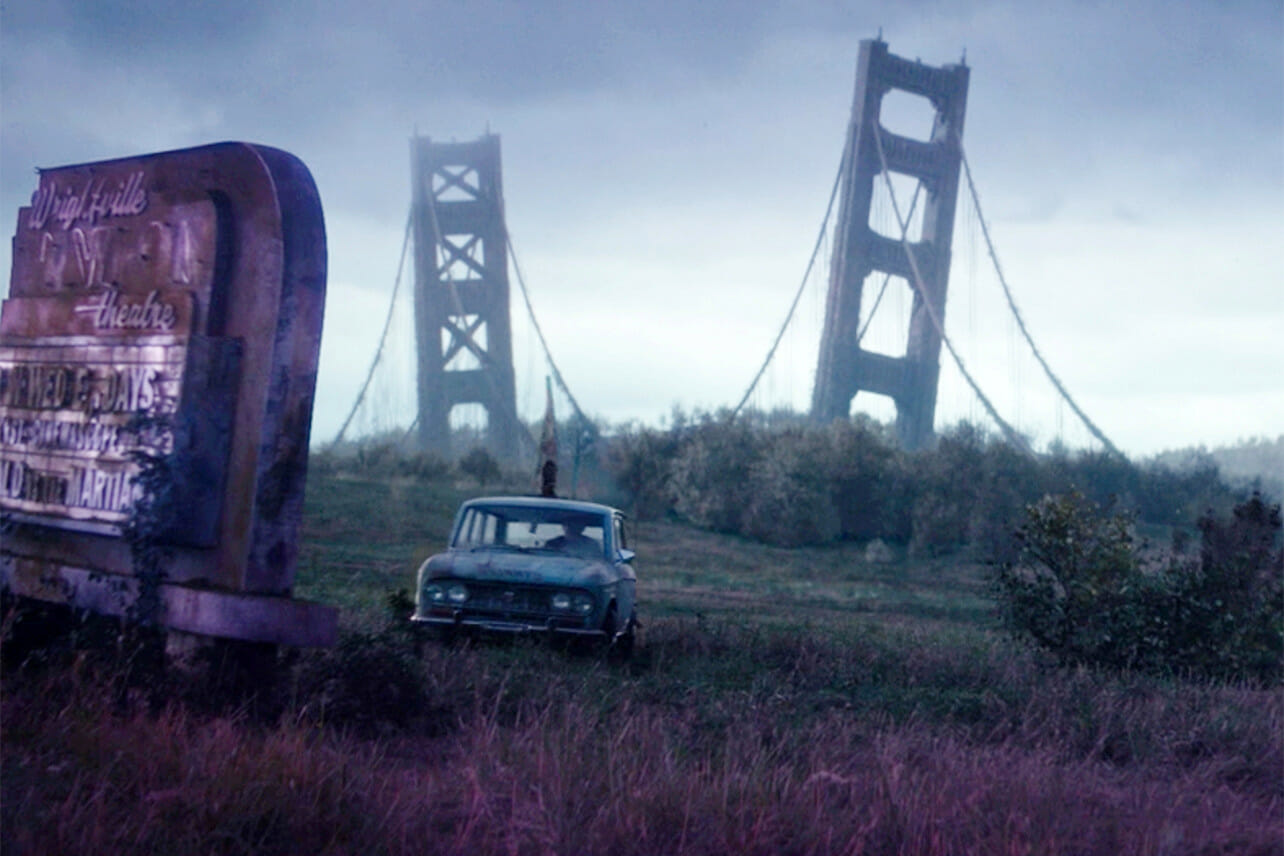 As Mobuis arrives in his new whip, you can briefly see the sign of a drive-in movie theatre advertising a screening of “Oswald and the Martians.” This is a reference to the 1930 animated short Mars, which starred Oswald the Lucky Rabbit. The plot of Mars is similar to episode 5 of Loki; Oswald finds himself sent to Mars, a surreal setting that is full of strange creatures, and he meets the martian king. 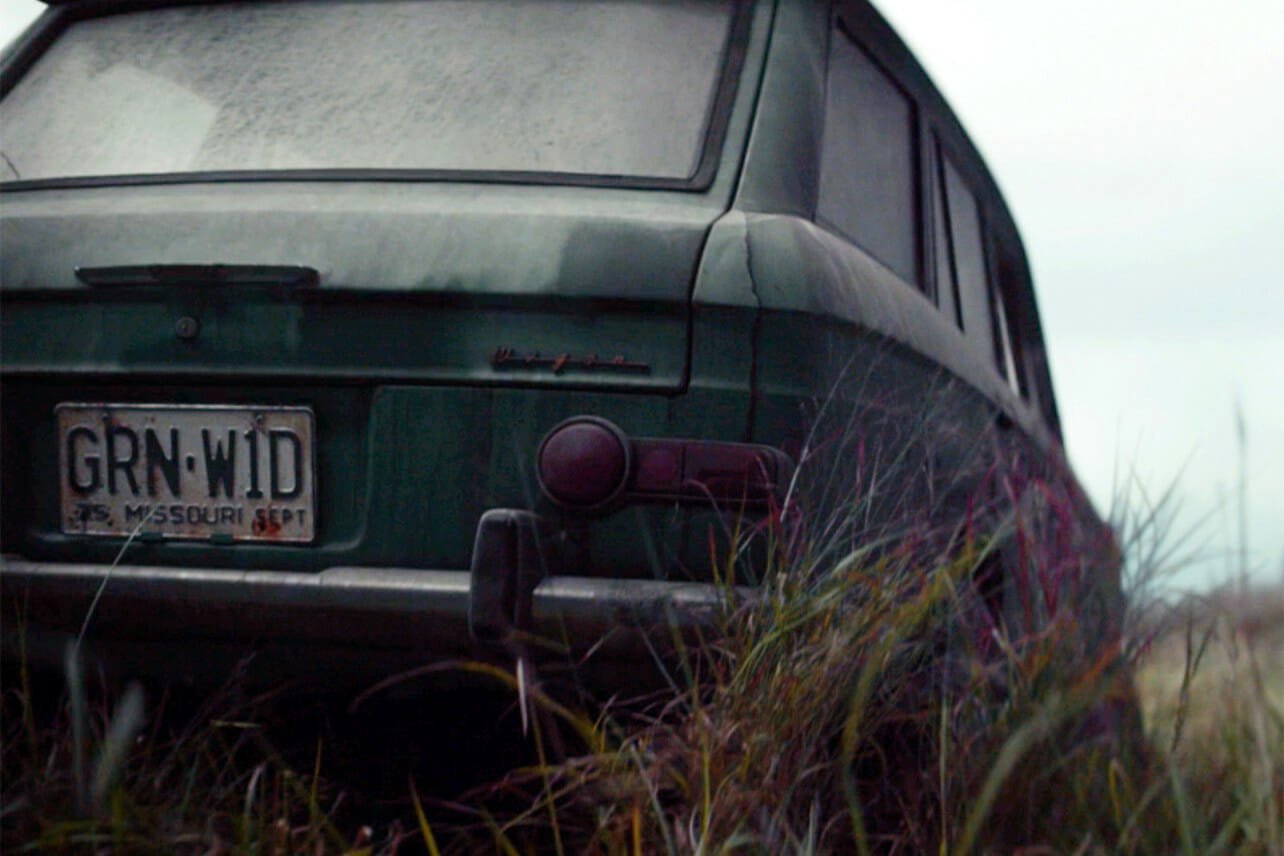 A nice touch is that the license plate on the car Mobius is driving is GRN W1D, as in “Gruenwald” Mark Gruenwald is the Marvel writer and editor who, in the comics, Mobius is based on. 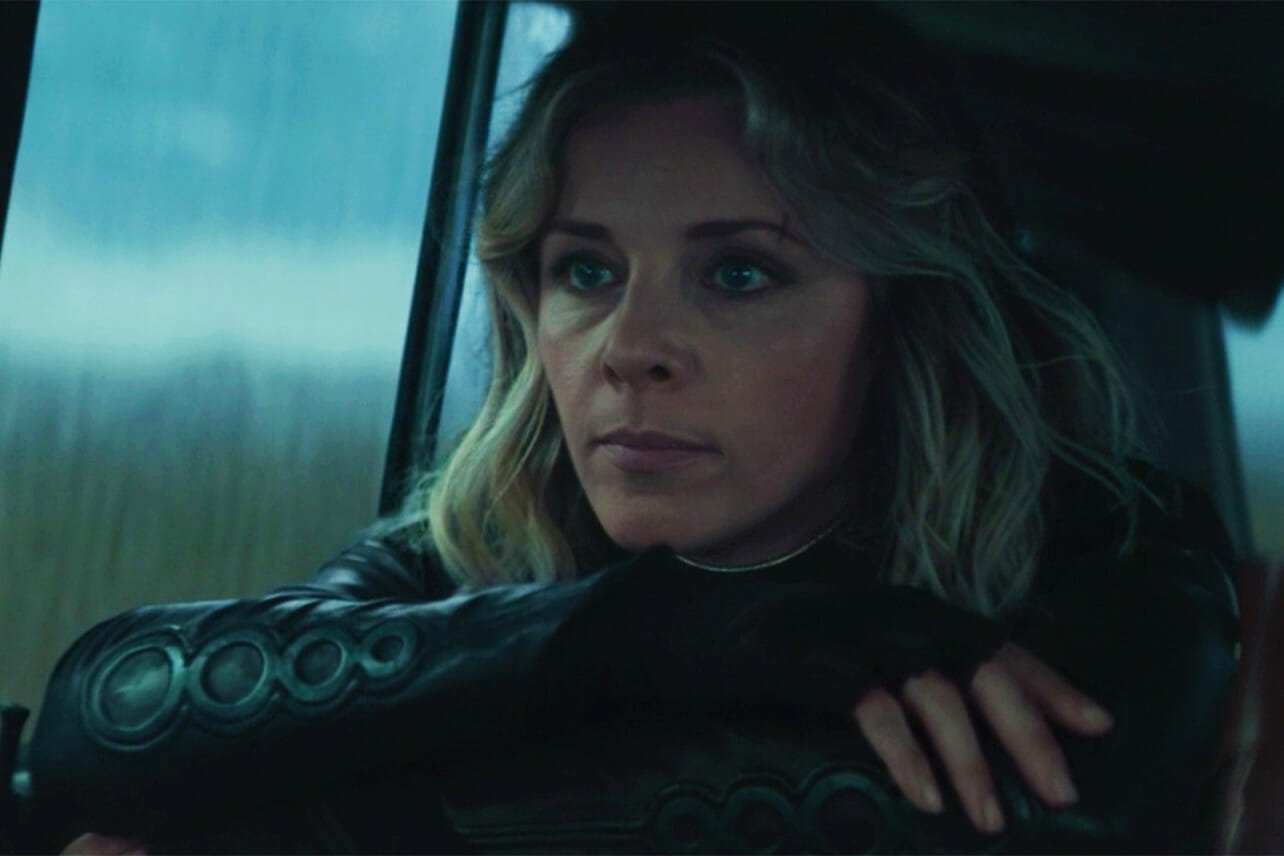 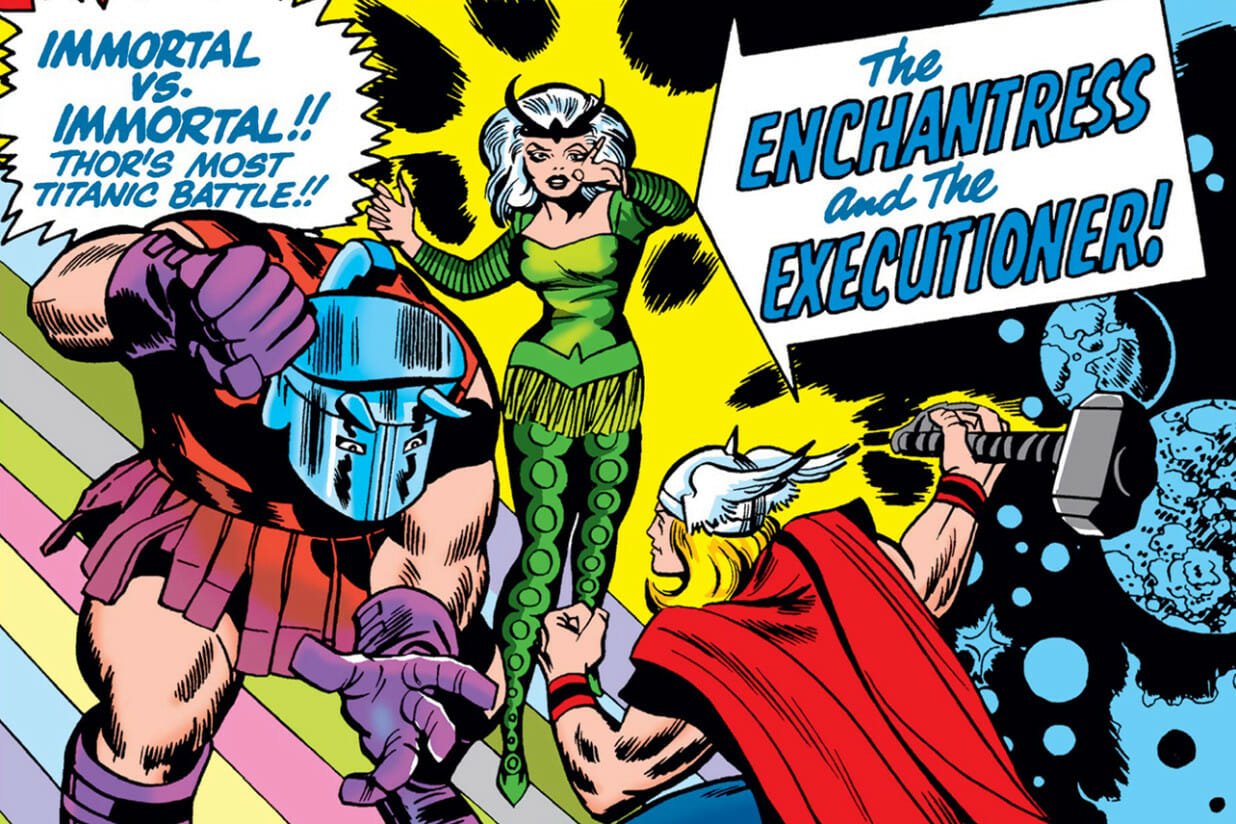 We’re pretty sure at this point that Sylvie will end up being a version of Enchantress. This episode gives us a closer look at the details of her costume. The circles on the forearms, previously obscured by her cloak, are similar to the Enchantress costume designed by Jack Kirby. 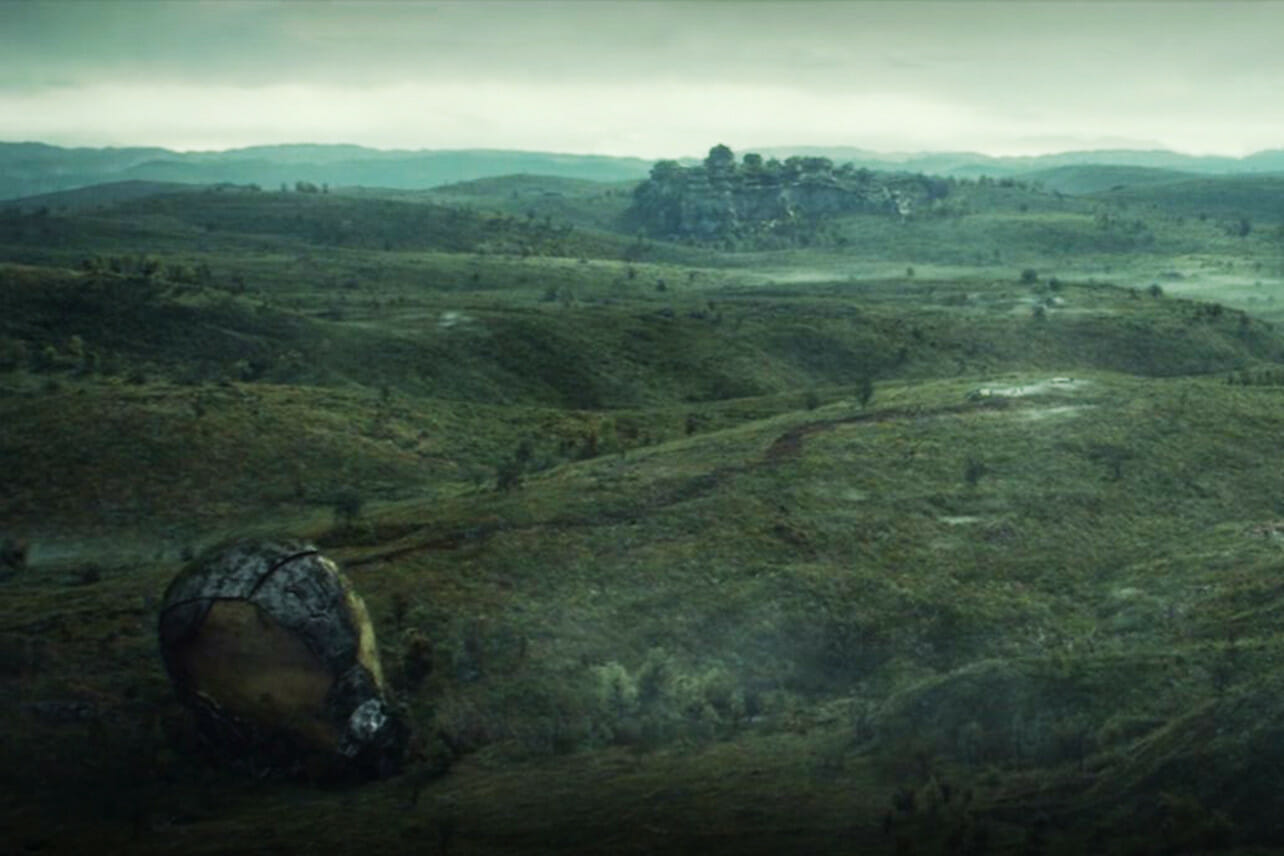 Another relic lying around in the Void is a giant Yellowjacket helmet. Yellowjacket is the codename for several different size-shifting heroes in the comics but is best known to MCU fans as Darren Cross, the villain from the first Ant-Man movie. 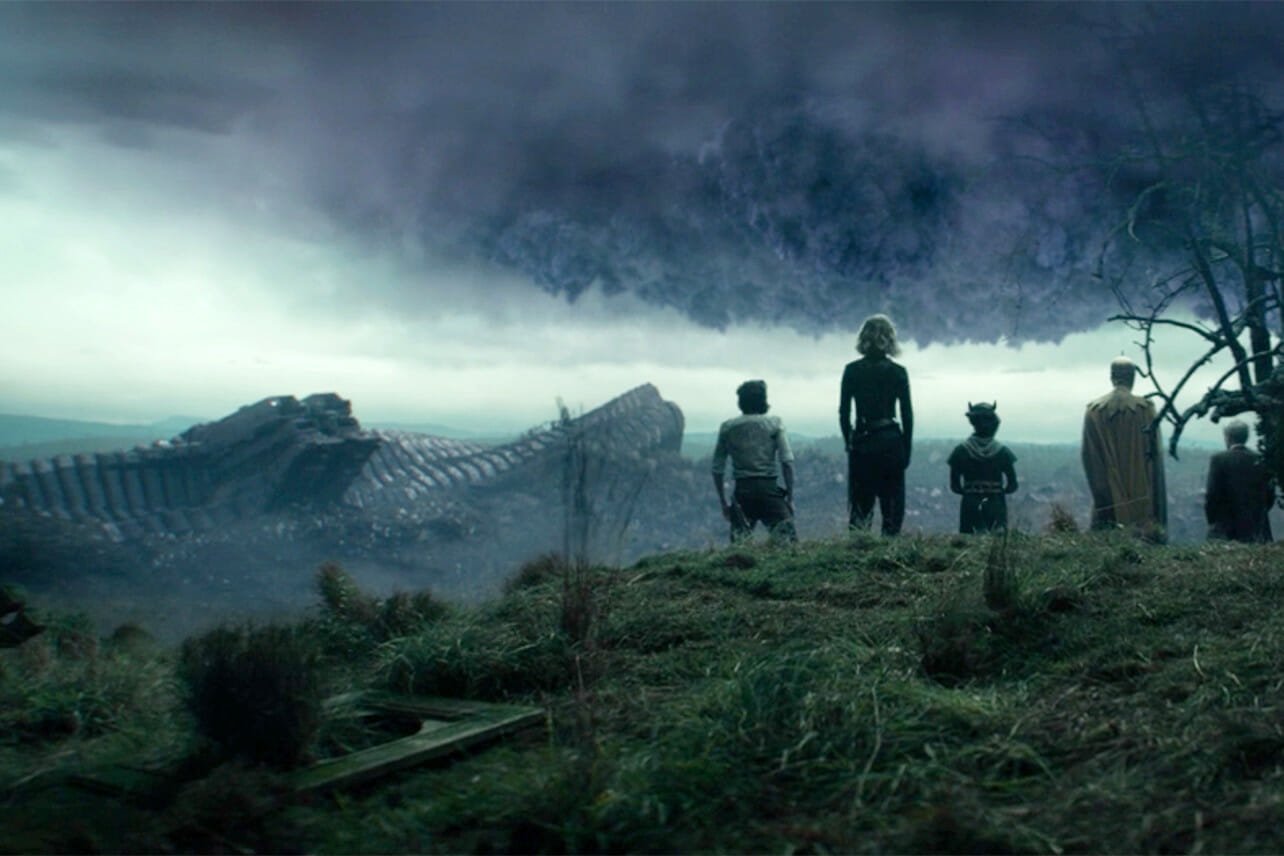 A crashed spaceship looks just like the Dark Aster, Ronan the Accuser’s ship from the first Guardians film. There’s also a SHIELD Helicarrier and a flying saucer that looks like the ship from John Carpenter’s The Thing.

So, that is everything we noticed in Loki episode 5: Journey into Mystery. Was there anything we missed?