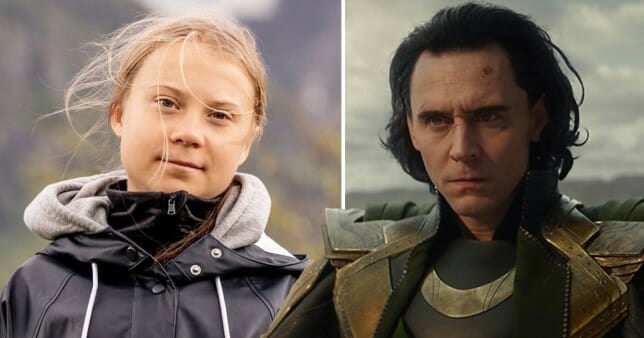 The season finale of Marvel Studio’s Loki was full of surprises, finally revealing who was behind the TVA. As well as Loki and Sylvie coming face to face with the TVA mastermind He Who Remains (Jonathan Majors), one of the earliest twists of the episode was a surprise cameo by environmental activist Greta Thunberg.

Yes, that’s right, Greta Thunberg is canon in the MCU.

At the start of the episode, the familiar Marvel opening sequence was tweaked to feature audio of key moments from the MCU. Some of the memorable quotes included Steve Rogers saying, “I can do this all day” and Vision’s heart-wrenching line from WandaVision where he says: “what is grief, if not love persevering?”

As the credits transitioned to an intergalactic scene, the voiceovers continued, featuring quotes from real-life figures. Among them were Neil Armstrong, Malala Yousafzai, Maya Angelou and Nelson Mandela, who stated: “We have fought for the right to experience peace.”

A snippet from Greta’s “How dare you” speech could also be heard when the Swedish teenager made her famous address to world leaders at the United Nations in 2019.

Marvel Studios seem to have placed real-life heroes alongside MCU heroes to show some of the many things that have happened along the sacred timeline. Another interesting detail in an already detail-packed series.