Skip to content
Home » Blog » Loki: Why Episode Two’s Big Reveal Might Not Be What It Seems 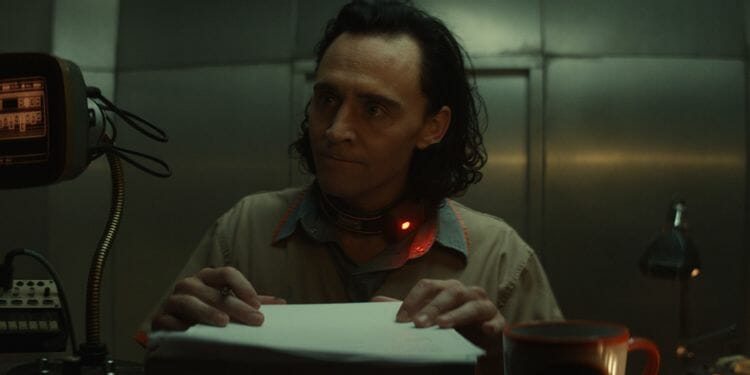 Before we get into it, this article contains major spoilers for episode two of Loki. If you haven’t yet seen it, bookmark this post and come back to it once you have.

Marvel Studios continues its TV take-over with its third Disney+ series, ‘Loki’. We’re only two episodes in, and already fans are theorising that things might not be as they seem for the God of Mischief. So far, we’ve been introduced to the Time Variance Authority, the Sacred Timeline, variants, and with Owen Wilson and Tom Hiddleston, our favourite pairing since Bucky and Sam. What everyone is talking about this week, though, is that the reveal of “Lady Loki” may not be as simple as we first thought.

Almost as soon as Sophia Di Martino was announced as joining the cast of the Disney+ series, in an unknown role, rumours started circulating that she’d be playing a female version of Loki, pulled straight from the comics. Episode two, ‘The Variant’, ended with Loki coming face to face with what was thought to be a female variant of himself. It seemed that our Loki had met his match, and as the episode ended, he followed her off into the unknown as the sacred timeline was blown wide open. 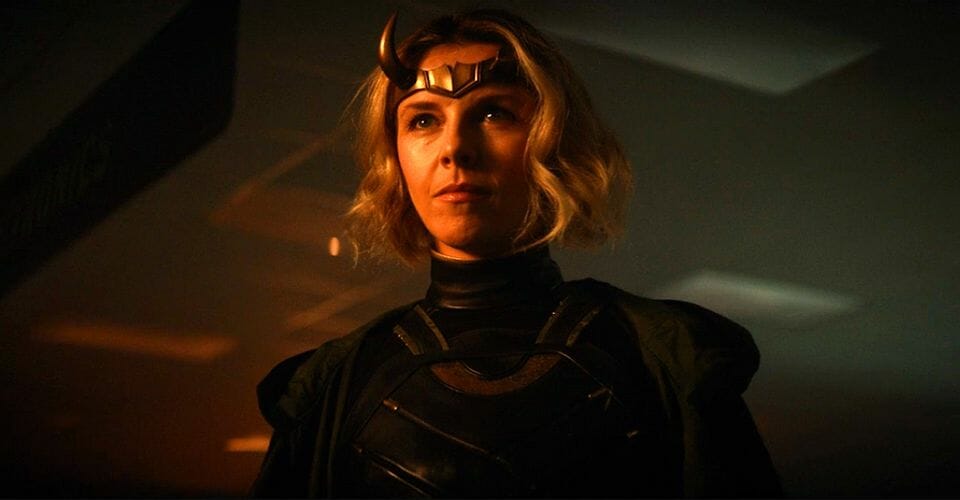 Dressed almost precisely like the Loki we know, with gold horns and a green cape, fans quickly took to branding Di Martino’s character as Lady Loki, with the name even trending on Twitter. But if you stayed for the end credits (Seriously, what Marvel fan doesn’t?), then you might have noticed that she actually appears to be playing Enchantress.

While the main credits listed the mystery character as ‘The Variant’, the Spanish credits had her listed as Sylvie. Comic fans will know that Sylvie Lushton is the real name of Enchantress. So, is it an error in the credits? If not, what does it mean?

In 2009’s Dark Reign: Young Avengers #1, Sylvie Lushton was introduced as a young woman who grew up in Broxton, Oklahoma. After the destruction of Asgard during Ragnarok, Thor relocated his home to Oklahoma. Not long after the Asgardians arrived, Sylvie woke up one day with magical powers, unbeknownst to her; these powers were given to her by Loki. Her powers included sorcery, transformation and mental manipulation. Sylvie moves to New York, becomes the new Enchantress, eventually learning that Loki created her.

Throughout the years, Enchantress has been on both sides of good and evil, much like Loki. She has had ties to the Young Avengers, which is interesting as the MCU is seemingly building towards forming the junior team of heroes. 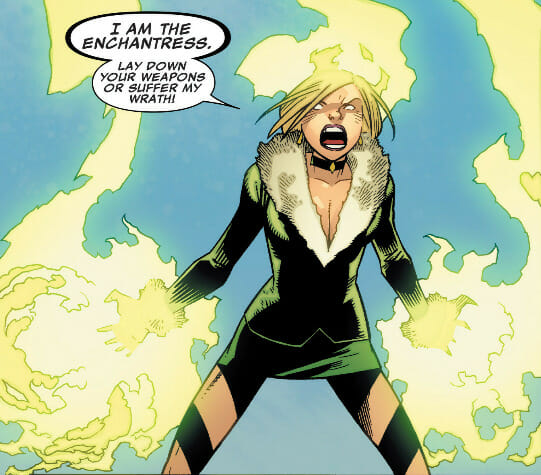 There seem to be two schools of thought about what the Variant reveal means. The first is that ‘Loki’ is introducingEnchantress to the MCU. One of the giveaways that the Variant Loki wasn’t who she seemed was in her ability to possess her victims. Our Loki has previously been able to bring people under his control using his sceptre, containing the mind stone, but the Variant can do it with a simple tap. This is conveniently the same power that Enchantress has.

The other idea is that Marvel Studios has merged Lady Loki and Enchantress into the same character. The MCU often switches characters up and has been known to merge two characters in the past. So it could be that this is a variant Loki who goes on to become Enchantress.

The final idea is that the creation of the Variant is all a clever manipulation by Loki to overthrow the TVA somehow. Our Loki seemed shocked to come face to face with the female Variant, which would suggest that he wasn’t the one behind her arrival. We do know (we think.) that Loki is set to go up against multiple versions of himself, and there is the idea that Richard E Grant’s undisclosed role is like Old Man Loki. Could he be pulling strings, sending red herrings or variant Loki’s out, building towards an ‘Agatha all Along’ type plot twist?

Whatever happens, it is clear that these Disney+ shows are each building towards something much bigger, and with Doctor Strange in the Multiverse of Madness on the horizon, it seems that we have a logical place for the stories to converge.

The first two episodes of Loki are available to stream now on Disney+, with new episodes available every Wednesday.