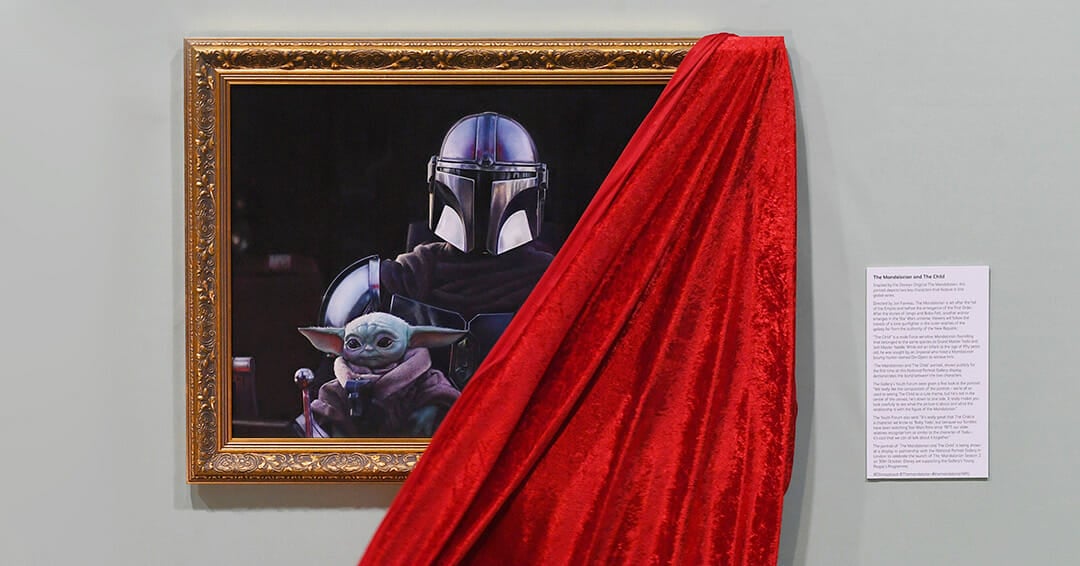 Disney and the National Portrait Gallery in London have collaborated to release an exclusive portrait to mark the arrival of the second season of The Mandalorian on Disney+.

The Portrait features “The Mandalorian and the Child”.

The image is set to hang alongside some of the National Portrait Gallery’s own collection of portraits of familiar faces from the Star Wars galaxy, including Sir Alec Guinness, Thandie Newton, Felicity Jones, Ben Morris, Riz Ahmed and Gareth Edwards.

The display — open to the public Oct 30 – Oct 31 via a free ticketed event — will also include original concept art from The Mandalorian created by artists such as Doug Chiang, John Park and Christian Alzman. 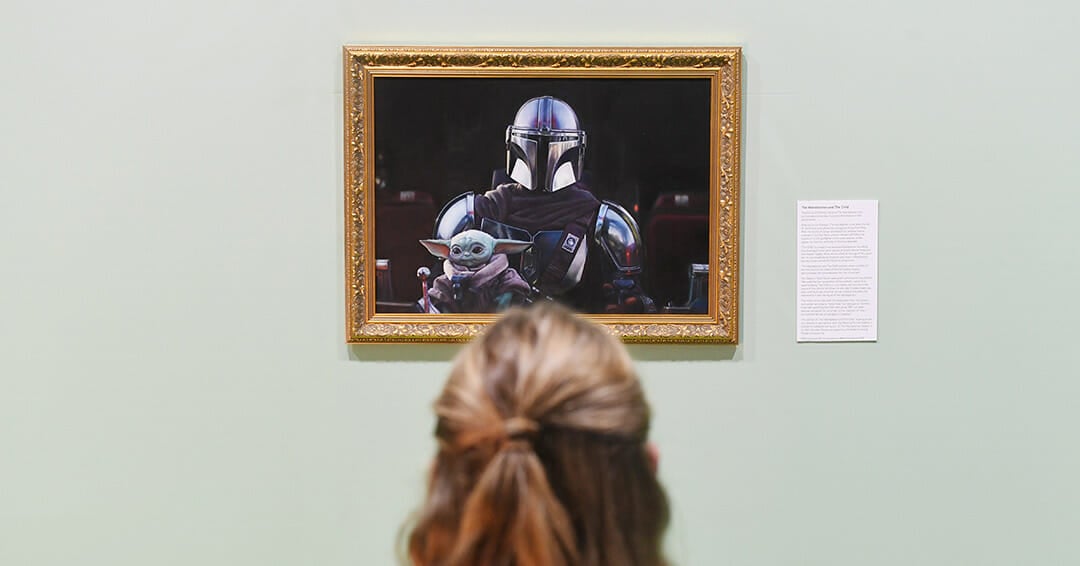 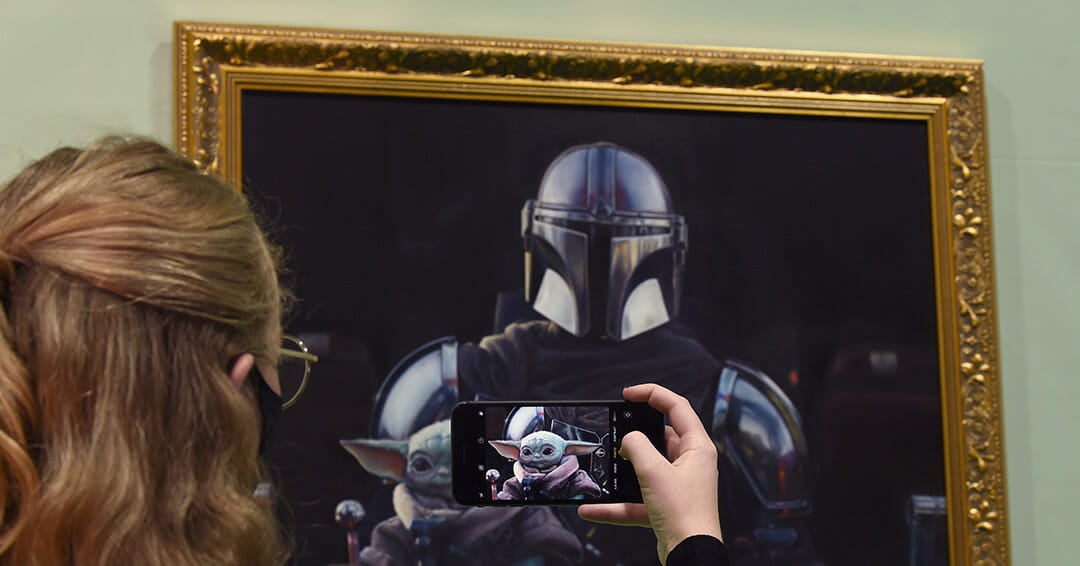 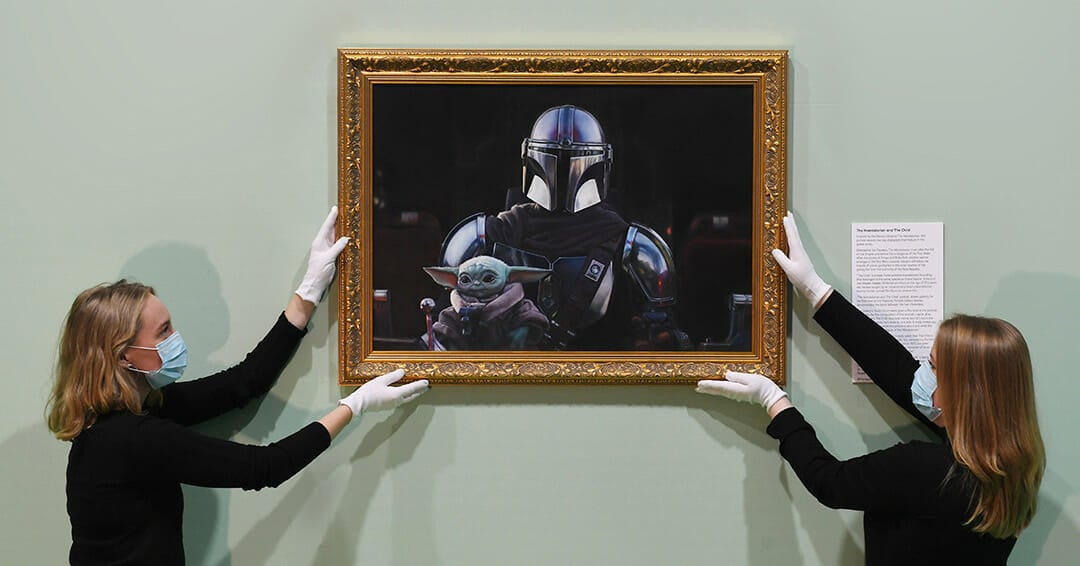