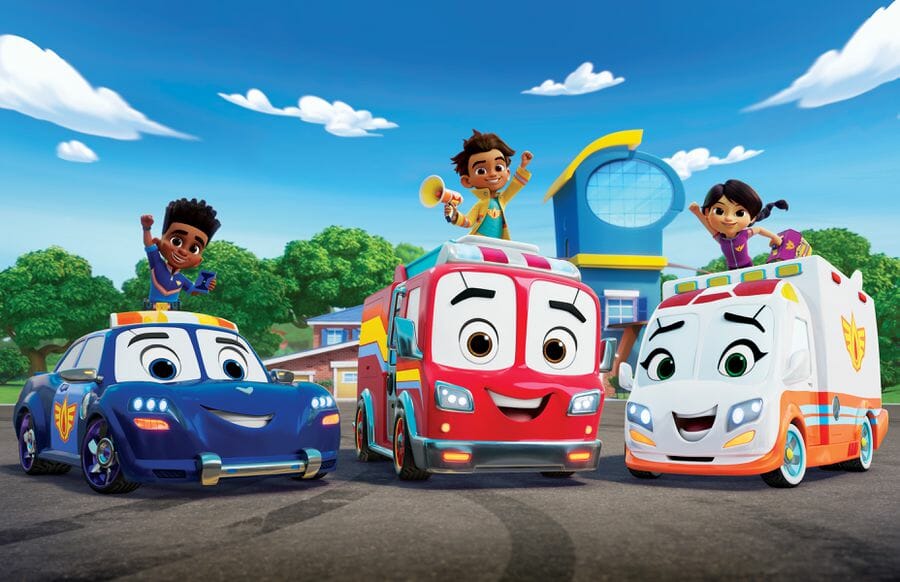 From Emmy® Award-winning creator and executive producer Craig Gerber (Disney’s ”Elena of Avalor” and ”Sofia the First”), ”Firebuds” is a music-filled series following a team of young kids who are the children of first responders, and their talking vehicle sidekicks, as they embark on adventures together and learn what it truly means to be a hero.

During Disney Junior Fun Fest, it was announced that Lou Diamond Phillips and Yvette Nicole Brown would be joining the previously announced voice cast as co-fire chiefs, Chief Bill and Chief Faye. Brown was on-hand during the event to reveal a first look at the main title theme song, which is written and performed by the series’ songwriter Beau Black (Disney’s ”The Lion Guard”).

Set in a fantastical world where talking vehicles live, work and play with the humans who drive them, “Firebuds” follows a boy and his firetruck as they team up with their first responder friends to help others in their community with problems, both big and small. Whether rescuing a young car that’s stuck in a tree, tracking down lost Dalmatian puppies or helping their neighbors stock up on emergency supplies during a blackout, the Firebuds highlight the importance of teamwork and helping your fellow citizens. Each episode is comprised of two 11 minute stories and features at least one new original song.

The “Firebuds” team consists of the following:

The series premieres fall 2022 on Disney Junior and will also be coming to Disney+.

You can see the full theme song below: