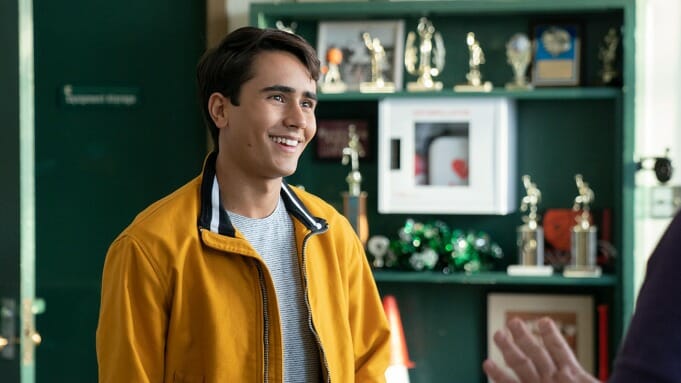 As we go on, we remember all the times we had together. Meet us in Creekwood on June 15 for one last hurrah! All episodes of Love, Victor will be available on @hulu AND @disneyplus. pic.twitter.com/GQPAyePDWw

The series was originally intended to stream on Disney+ but was moved to Hulu after content that dealt with teen sexuality and alcohol was deemed too mature for the streaming service.  Earlier this year, Disney+ in the United States added parental controls to its settings.  Seasons 1 and 2 of “Love, Victor” are currently available to stream on Disney+ internationally including the United Kingdom, Ireland and Canada.

“We are proud of ‘Love, Victor’ and are excited to bring it to the widest possible audience on June 15 by making the full series available on both Disney+ and Hulu to celebrate the final season and LGBTQIA+ Pride Month,” Hulu president Joe Earley said in a statement on Tuesday. “In addition to highlighting this groundbreaking series, this will give subscribers a chance to sample more content that is available across our streaming services as we have done with titles like the Academy Award-winning ‘Summer of Soul (…Or, When the Revolution Could Not Be Televised),’ ‘Man in the Arena: Tom Brady’ and ‘black-ish.’”

Season 3 of “Love, Victor”  will consist of eight episodes and all episodes will drop on June 15 in the US, but it’s unclear if Disney+ in other countries will follow the same release schedule.

Season 3 will also release on Disney+ in Canada on June 15th however a launch date for other regions has not been announced yet.