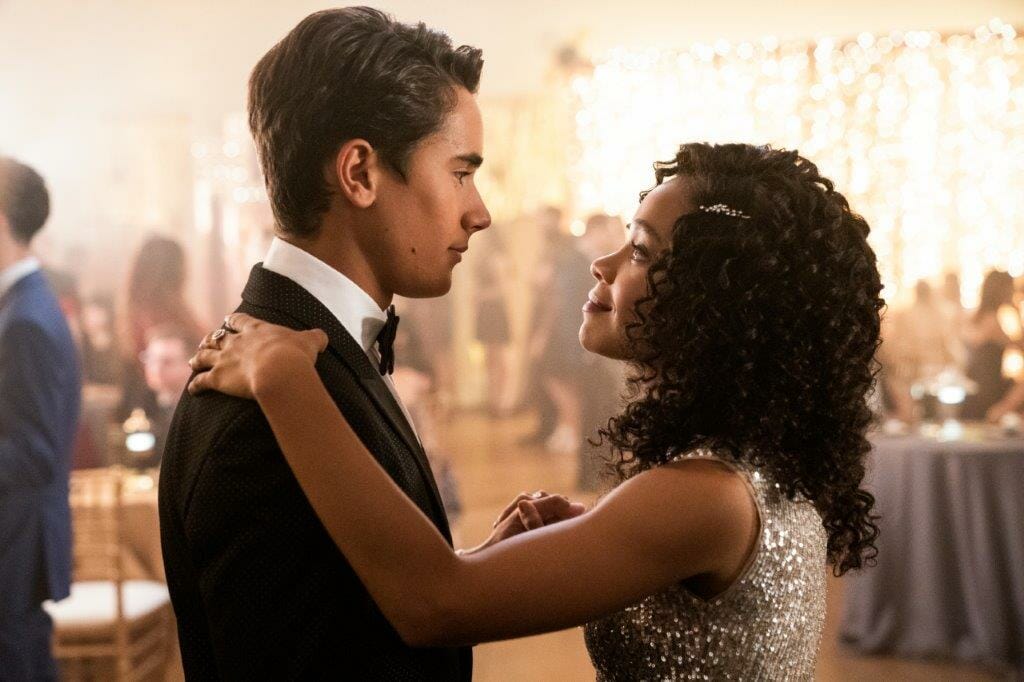 Here we go! The season 1 finale of Love, Victor arrives on Disney+ this Friday (UK) and it’s safe to say that the series definitely ends on a high note!

It’s School dance time, and Victor and Mia are all set for what promises to be their perfect date. There’a a lot going on this episode, as you’d expect from a season finale. After finally coming to terms with his sexuality, Victor plans to let Mia down gently, after the dance. Will things go according to plan?

Most of the storylines explored in the episodes leading up to this one come to a conclusion, but plenty is still left open for season 2 including a pretty big cliffhanger and I really cant imagine what will happen next season.

I’ve said a couple of times before that Love, Victor isn’t a series I would normally watch, but I’ve really enjoyed it. In particular, the way it dealt with important issues in such an authentic way. The series has handled these issues really well and I hope that it has helped young people who may be experiencing similar things in their life.

I really don’t want to give anything away about the episode, being that it is the series finale but I can honestly say that it has been the highlight of Star on Disney+ since its launch back in February. If you’re looking for a fun, natural teen drama series, then Love, Victor should be added to your watch list.

With episode 10 arriving on Disney+ Friday April 10th the whole series will be available to watch.