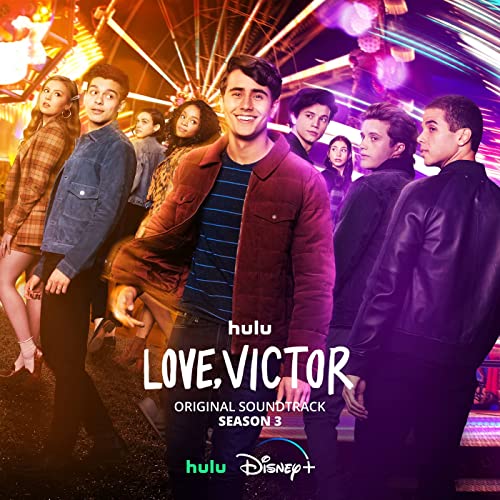 Hollywood Records has released the soundtrack EP for the third and final season of the coming-of-age comedy “Love, Victor.” All eight episodes from Season 3 are available to stream now on Hulu in the United States and Disney+ in the United States, the United Kingdom, Ireland and Canada.

The EP features three original songs co-written and -produced by Brett McLaughlin (aka Leland): Mission performed by Vincent, Armageddon by Black Polish and Dinner by Grag Queen, as well as a cover of Yazoo’s Only You performed by Jonah Mutono.

You can also listen to all four tracks below.