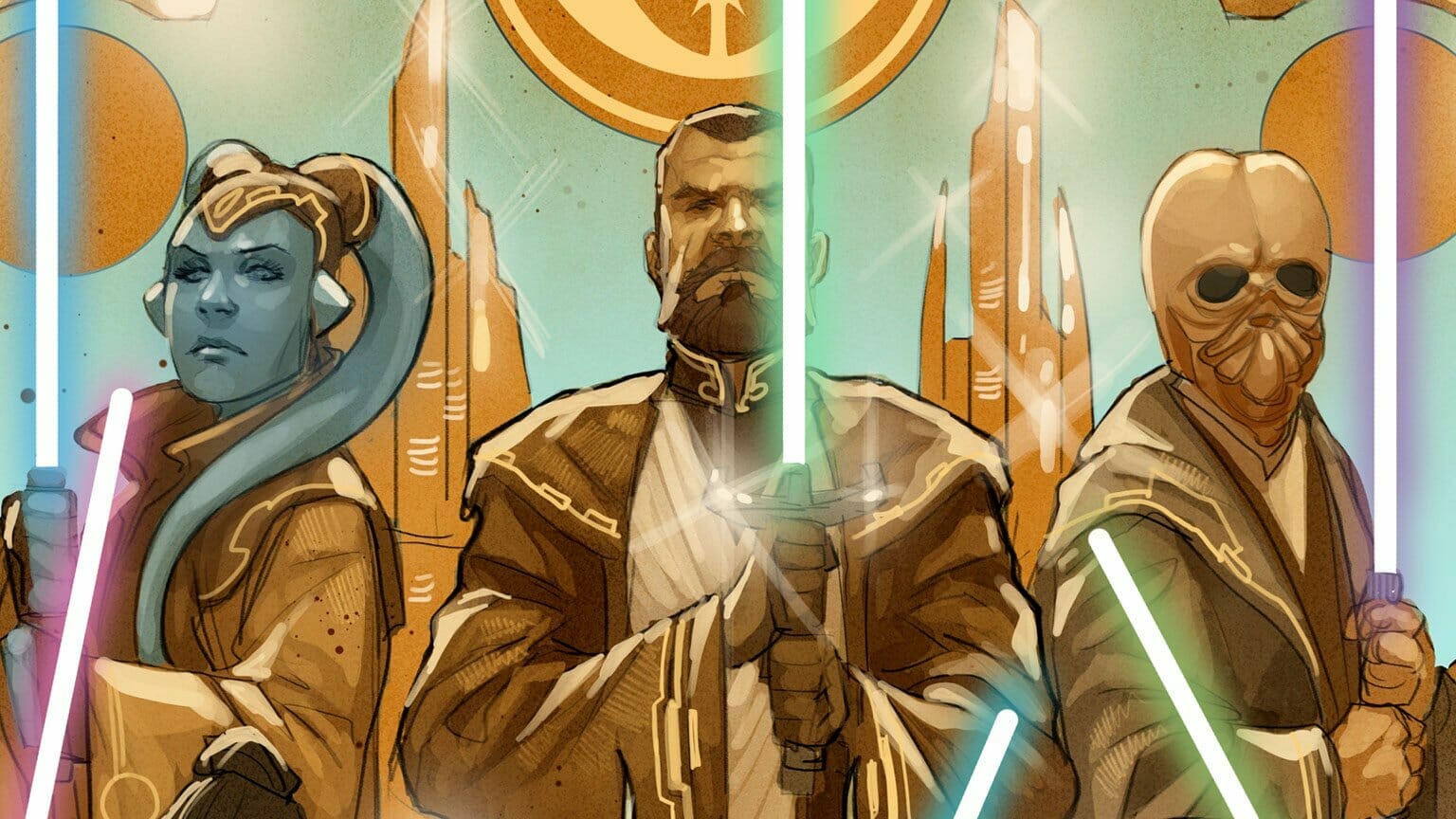 Lucasfilm has finally revealed the details for the mysterious Star Wars Luminous project. A brand-new publishing campaign called “Star Wars: The High Republic”, will be coming later this year.

This new era of storytelling will be explored through multiple voices in adult and young adult novels, children’s books, and comics from a variety of publishers including Disney Lucasfilm Press, Del Rey, IDW Publishing, and Marvel.

According to StarWars.com, these events will be set in an era when the Galactic Republic and the Jedi Order are at their zenith, about 200 years before the events of Star Wars: The Phantom Menace. This period on the Star Wars timeline will not overlap any of the filmed features or series currently planned for production, giving creators and partners a vast amount of room to tell Star Wars stories with new adventures and original characters.

“We are so excited to be opening up such a rich, fertile era for our authors to explore,” says Lucasfilm president Kathleen Kennedy. “We’ll get to see the Jedi in their prime.”

“Star Wars: The High Republic features the Jedi as we’ve always wanted to see them — as true guardians of peace and justice. This is a hopeful, optimistic time, when the Jedi and the Galactic Republic are at their height. But of course, into this glorious new era something wicked this way comes,” says Lucasfilm publishing creative director Michael Siglain. “This initiative will give readers young and old a new corner of the galaxy to explore through rich, meaningful stories. Plus, readers will learn what scares the Jedi.”

“This was a golden age for the Jedi, and also a time of galactic expansion in the Outer Rim. So expect there to be rich tales of exploration; charting out the galaxy, meeting new cultures, and discovering what pioneer life in the Outer Rim was like. This is an incredible sandbox for our storytellers to play in, both within publishing and beyond, and we can’t wait to see the great fiction they build within it,” says Lucasfilm vice president, franchise content and strategy James Waugh.

The first books and comics are set to debut at Star Wars Celebration Anaheim in August 2020 with Star Wars: The High Republic: Light of the Jedi, a massive interconnected story that’s told across various formats by various publishers.

Take a look at the official Star Wars: The High Republic announcement in the video below: